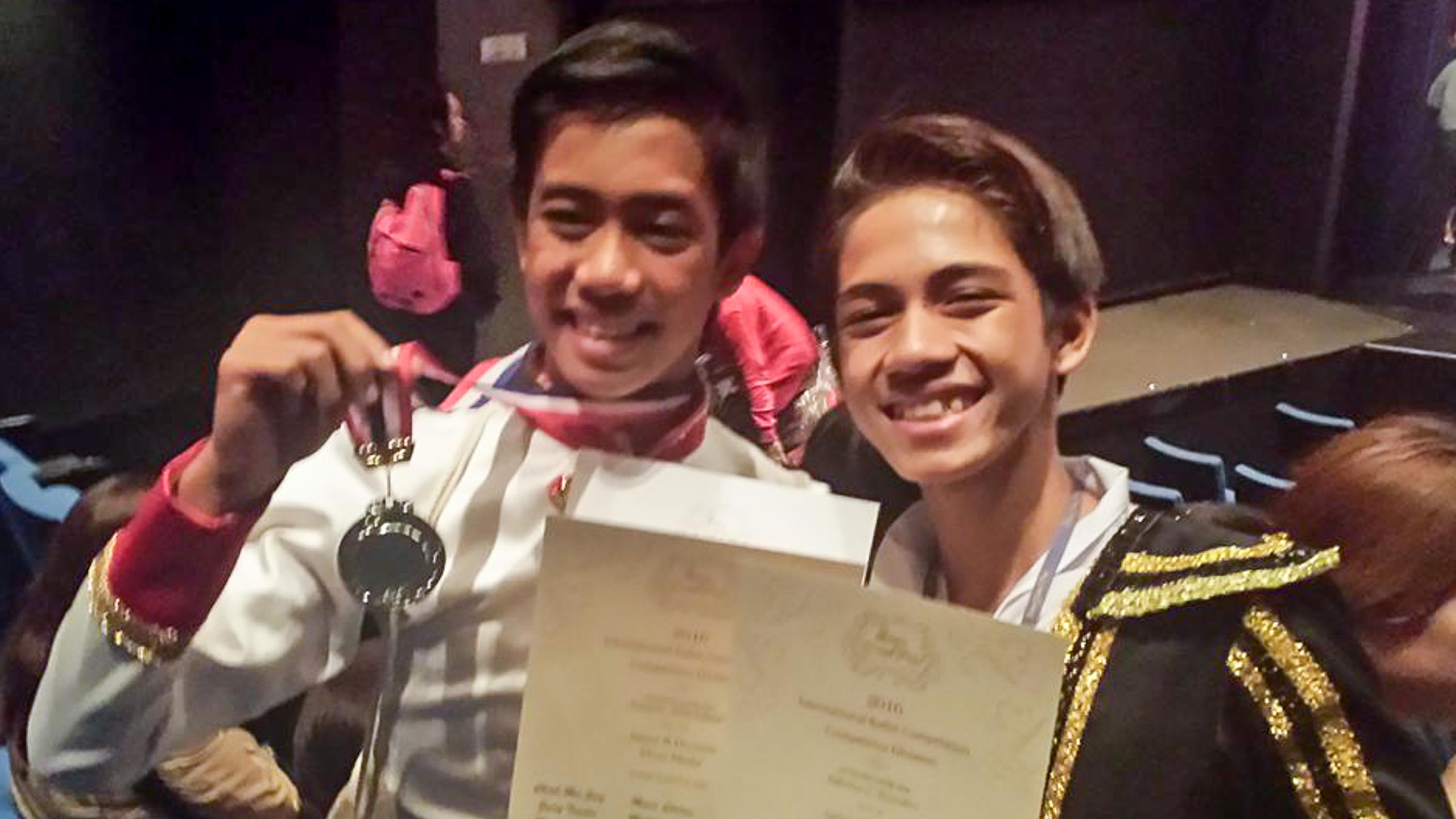 Edmar won a silver medal, while Benedict placed 4th in the Junior B Division of the international ballet competition.

Benedict also won the Fonteyn Prize, a special award, while Edmar was offered a summer school scholarship at the Elmhurst School for Dance.

According to their teacher, Jeffrey Espejo, the director of the New Zealand School of Dance is also interested in offering them both a long-term scholarship.

The two boys came from struggling families before they entered the Tuloy Foundation, a non-profit organization that shelters and educates street kids. They then took up ballet at the Academy One Music and Dance Center after entering Tuloy.

Before competing in the Asian Grand Prix, the two boys were in London, as they had scholarships to the Royal Ballet School’s Covent Garden summer classes.

The Asian Grand Prix took place from August 8 to 12 at the Y Theatre in Hong Kong, with the Winners Gala taking place on August 13.

Aside from the two, Shaira May Comeros from the Philippines also won the Most Promising Female Dancer Award as well as 5th place in the Junior B Division.

Here’s the full list of winners from the Philippines:

Here are the scholarships offered to the Filipino dancers:

Congratulations to Benedict, Edmar, and all the winners! – Rappler.com

Editor’s note: A previous version of this article failed to mention Alvin Dictado and Zabrinna Jacqueline Santiago. This has been corrected. We regret the error.