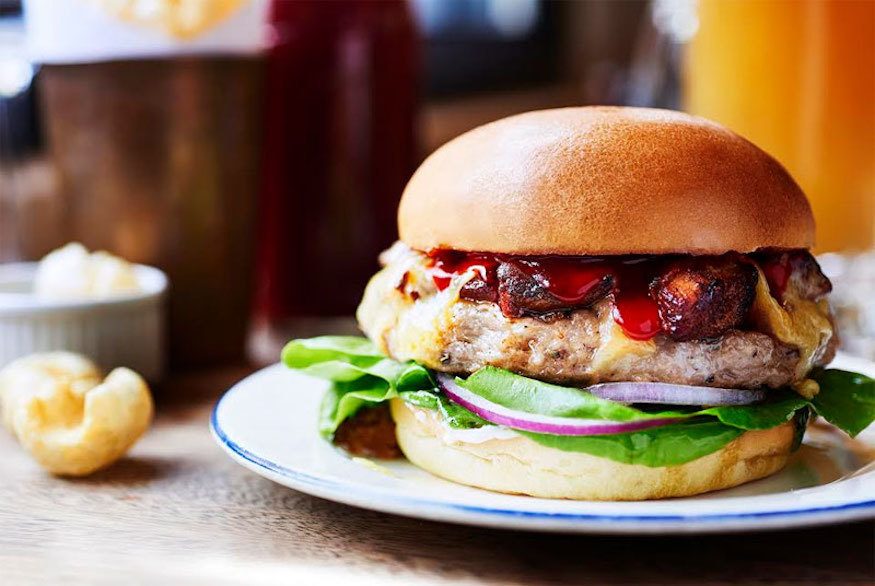 It is available in its branches in Seven Dials and Spitalfields Bar until October 13 for £13 (P819).

Turner, a prizewinning chef, was invited to the Philippines in August to meet street vendors and local chefs, which allowed him to explore Filipino cuisines and find inspiration for a limited-run Filipino dish.

The Filipino Burger features Turner’s own take on the traditional Filipino pork adobo, served  with  pork chicharrones and coconut  vinegar. Adobo is a famous pork dish in the Philippines, cooked with vinegar, usually soy sauce, and garlic.

The burger, which uses a brioche bun, has a grilled pork  pattie topped  with Turner’s adobo. It also has mozzarella, onions, mayonnaise, and banana ketchup – another distinctly Philippine-inspired touch.

It’s the latest initiative of the Philippine Department of Tourism to promote the country in the United Kingdom.

In the Philippines, Turner collaborated with Farmers Market Cubao, Josephine’s Tagaytay, 8 Cuts Burger Blend, and the Antonio’s Group of Restaurants, among others.

“The objective of this project is to be able to share the Filipino flavor to the British public. Hawksmoor is one of the UK’s top restaurants which specializes in bringing the good quality flavour from meats and steaks,” said Philippine Ambassador Evan Garcia, who has been actively raising the profile of the Philippines in the United Kingdom since he was posted in May. (READ: New PH envoy leads London celebration of Philippine independence)

“Filipino food is a meat lover’s paradise, which takes flavours from a mixture of meats and distinctively Filipino spices and ingredients starting from the traditional national dish to the modern fusion dishes,” Garcia added. – Rappler.com