Facebook Twitter Copy URL
Copied
Mireia, Rohit, and Steve Douglas of the Miss World Organization are in the country to check on the projects funded by the group. Miss World PH 2016 Catriona Gray also joins them

MANILA, Philippines – Miss World 2015 Mireia Lalaguna and Mr World Rohit Khandewal arrived over the weekend and visited the Philippine General Hospital on Tuesday, October 11, to check on the the Miss World “Beauty with a Purpose” ward, a Hematology and Oncology Pediatric isolation area, which is one of the organization’s projects in the country.

Mireia and Rohit also got to play with some of the kids and took pictures with them. 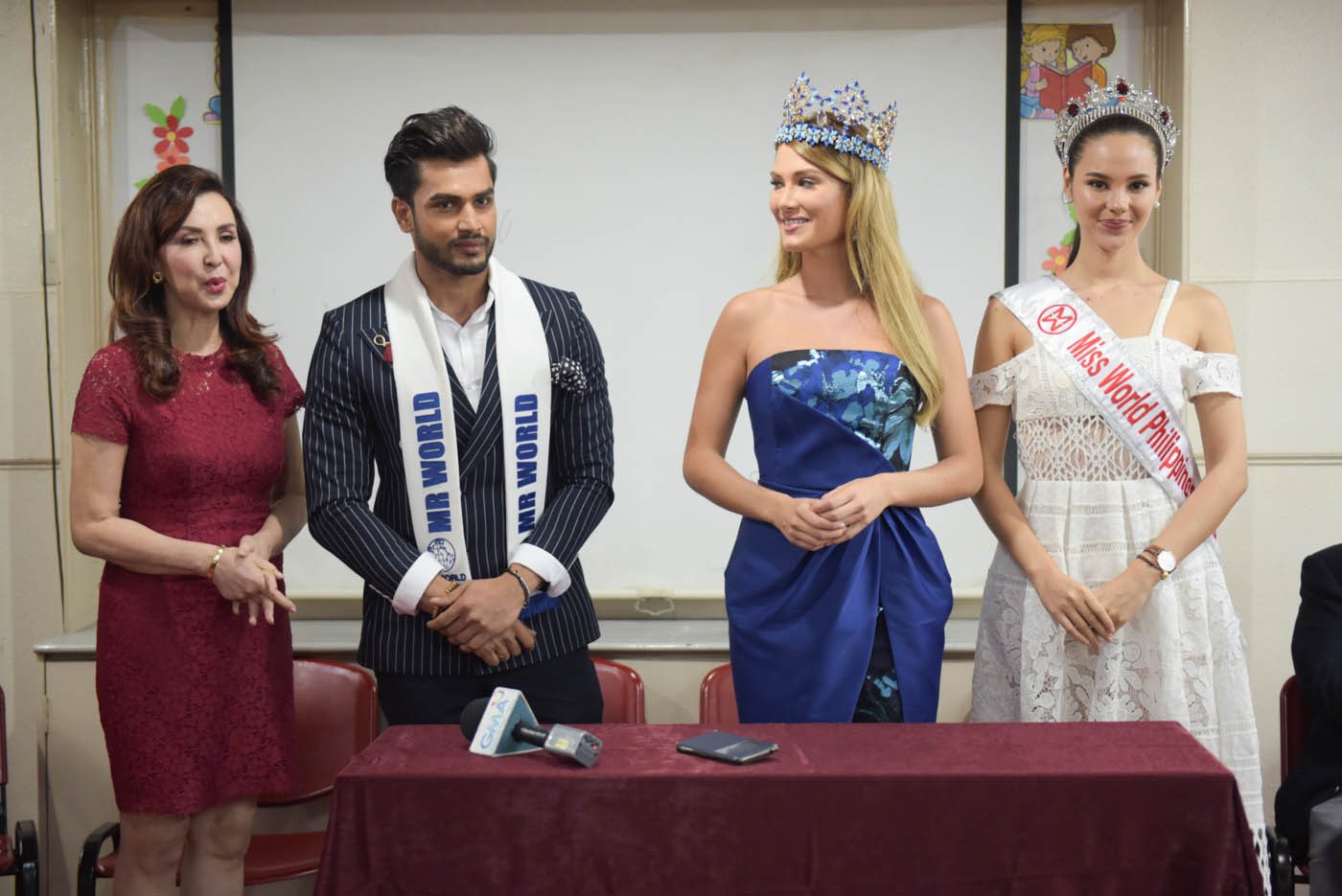 According to a press release, the children’s ward was donated by Alice Eduardo, CEO and president of the Sta. Elena Construction and Development Corporation. It was inagurated in 2015 by Miss World 2013 Megan Young, Miss World 2014 Rolene Strauss, Julia Morley, chairman of the Miss World Organization, and Cory Quirino.

Mireia and Rohit also visited the Tuloy Foundation, one of the groups the Miss World organization is also helping in the country, on Monday, October 10.

Being able to create happiness in the children is one of the reasons that makes me feel like to get up as Miss World  Make up: @carissacielomedved

As a proud Indian we celebrate and dance all year long, and that's the same vibe I'm feeling with these wonderful kids at Tuloy Foundation. And what an absolute humble soul I got to meet today, Father Rocky. What you've done for these kids is what humanity needs today. Thank you MR World Organisation, its moments like this that make me feel rich from within. MabuhayPhilippines  you've been an absolute delight!