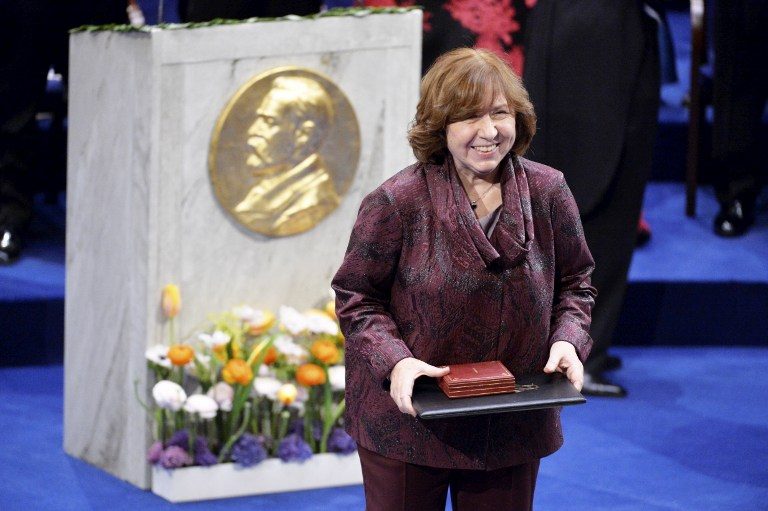 STOCKHOLM, Sweden – Literary circles are abuzz with speculation ahead of Thursday’s (October 13) Nobel Literature Prize announcement, with award watchers suggesting this year’s honors could go to a controversial writer such as Syrian-born poet Adonis.

The Academy is known for its cloak-and-dagger methods to prevent any leaks about its choice, resorting to codenames for authors and fake book covers when reading in public.

The list of nominees is never revealed and the jury’s deliberations are kept secret for half a century.

The suspense will come to an end on Thursday at 1 pm local time (1100 GMT) when the winner is announced, ending an unusually long wait: it comes a week later than usual “for calendar reasons”, the Academy said in late September.

“That leaves a little more time to speculate” about the 2016 laureate, joked Swedish Academy member Per Wastberg, interviewed by Agence France-Presse.

While perfectly in line with Academy statutes according to Wastberg, some Nobel watchers have interpreted the late date as a sign of discord over this year’s choice.

“This is a sign there’s a disagreement in the process to select a winner.”

Mattias Berg, cultural reporter at Swedish Radio, suggested the Academy’s 18 members may have argued over a “politically controversial laureate, such as Adonis,” whose most recent publication is a polemic tract on political Islam.

“The prize would in such cases be seen as taking a stance,” Wiman said.

If the Academy is indeed looking for a laureate who divides opinion, it may also have set its sights on Indian-born British author Salman Rushdie.

In March, the Academy denounced the Iranian fatwa on the author of The Satanic Verses, after a 27-year silence it attributed to its neutrality and independence.

Literary critic Madelaine Levy at daily Svenska Dagbladet said only one thing was certain: we know that we know nothing about the Academy’s choice.

“Year after year, the writers chosen are incredibly different,” she noted.

Some of the same names have been making the rounds for several years, including Ngugi wa Thiong’o of Kenya, Don DeLillo and Joyce Carol Oates of the US and Haruki Murakami of Japan.

Wiman meanwhile has his Nobel trifecta for this year:

“I think it will be (Norwegian playwright Jon) Fosse, I’m hoping for (Israeli writer David) Grossman and I would jump for joy for (the novelist using the psudonym Elena) Ferrante.”

Amid all the speculation, the Academy is remaining tight-lipped.

Every year, the venerable tradition remains the same: in February, the Academy makes a list of all of the nominations submitted, before reducing it to a secret short list of five names in May.

Throughout the summer, Academy members study their works, before reaching a decision in October.

Last year, the Academy surprised everyone “by not surprising us”, Wiman said.

Belarussian writer Svetlana Alexievich, who won for her documentary-style narratives based on witness testimonies, was the favorite in both literary circles and on betting sites.

This year, most observers say they are expecting a return to fiction.

But Murakami, the big favorite among bettors and the public, is not considered a serious contender.

Too superficial, is the unanimous verdict among the Stockholm literati.

“There’s room for a category of authors who haven’t yet won,” as was the case with the short story genre and Alice Munro, and Alexievich and her documentary style, according to Swedish Radio’s Berg.

Despite that, and even though novelists are those most frequently honored with a Nobel, he said he would love to see Joyce Carol Oates win.

Others suggest it’s time for an American laureate, the last one dating back to 1993 when Toni Morrison was honored.

“It’s been a long time since an American author won the prize,” Levy said, adding: “The great American novel is under-represented.”

But the Academy insists it does not consider gender or geography when selecting a laureate.

“They’re only interested in whether it’s a skilled writer,” Zschiedrich says.  – Rappler.com