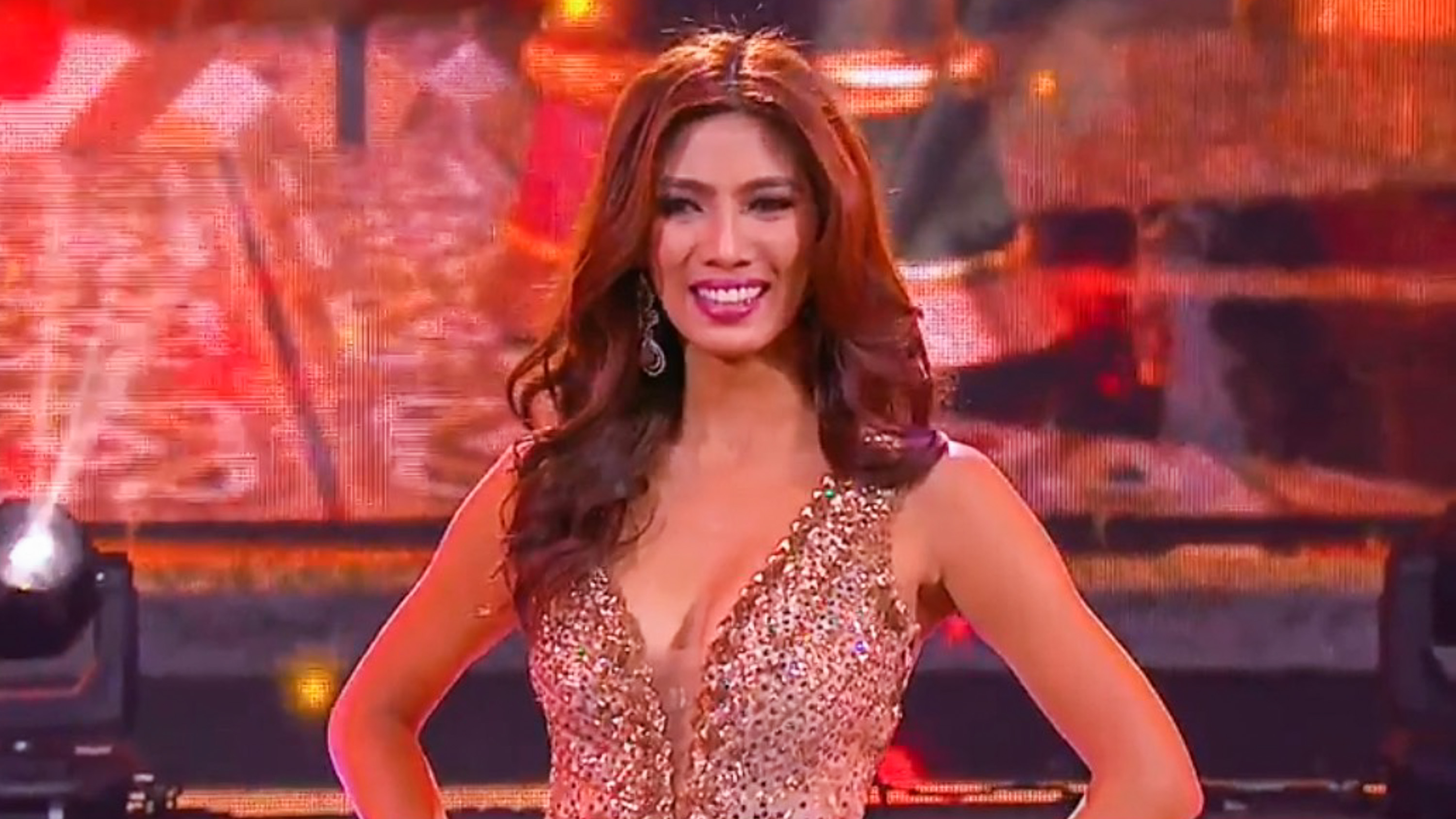 MANILA, Philippines – Nicole Cordoves, the Philippines’ bet to the Miss Grand International 2016 pageant, was declared the 1st runner-up at the coronation night, with Indonesia’s Ariska Putri Pertiwi winning the crown.

During the question and answer portion, the candidates were asked one question: Who would you choose to help you “stop the war and violence”: Donald Trump or Hillary Clinton?

Nicole said: “Okay, you have to promise me that you would react after my first sentence.

“So, I will also make sure that he will read my speeches to stop the war and violence because imagine someone who would bring so much madness and so much emotion from these people. what if we use his voice to actually do good for the world? What if we use that to our advantage? That’s why let’s keep the peace and let Donald Trump switch to our side to stop the war and violence.”

“Of course, if I can choose one, for sure I would choose Madame Clinton. Because she’s a lady same as me. And also I can work with her and she’s so kind and friendly, and most important, she is my inspiration. And also, I love her,” said Supaporn.

Madison said: “If I had to choose one person, I would choose Hillary Clinton. She has dedicated her whole life for this cause. I believe in girl power. I’m here today representing women all around the world. I am diversity. And I believe she embodies those qualities. I think she would be an amazing woman president, for the first time in the United States of America. So I choose Hillary Clinton.”

“Believe it or not, I would choose Donald Trump,” she said. “Why? Because the same way that we are all here to change the minds of people, to share our passion of stop the war and violence is the same way I will share my passion with him. And the same power that he has to stand up for what he believes in is how I will have him stand up to stop the war and violence and change the lives of people together.”

The controversial Republican presidential candidate is the former owner of the Miss Universe organization and in recent months has been in the spotlight over his sexist and misogynistic statements. His comments about women, including those made in a leaked Access Hollywood tape about grabbing women “by the pu––y,” have also been the subject of close scrutiny.

A former speechwriter for former Finance secretary Cesar Purisima, Nicole also works with Iris Philippines, a missionary organization which allows her to interact with and teach women and children in Tondo. – Rappler.com