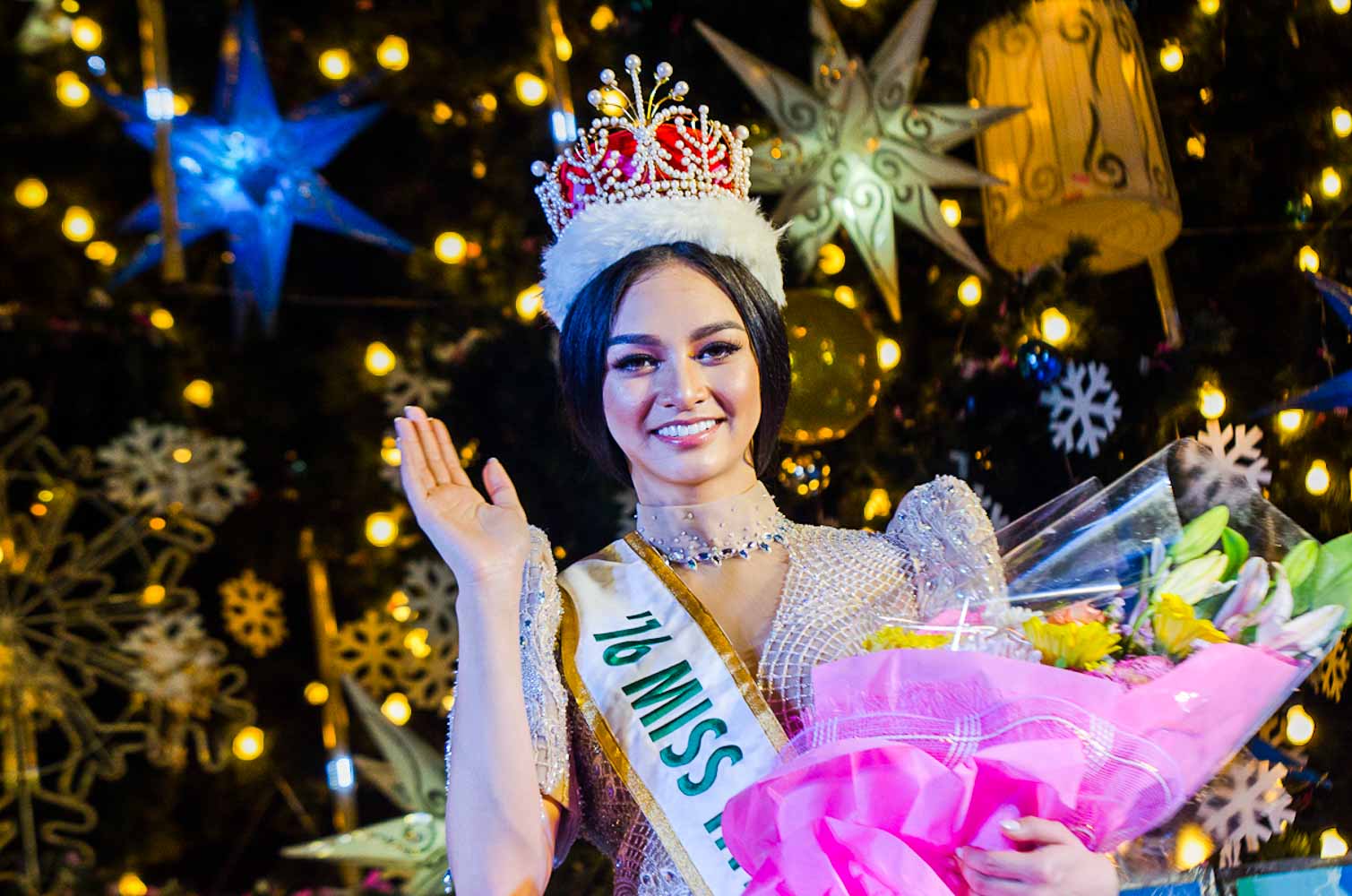 MANILA, Philippines – Miss International 2016 Kylie Verzosa is home and her fans welcomed her home with a grand parade Friday, November 18. 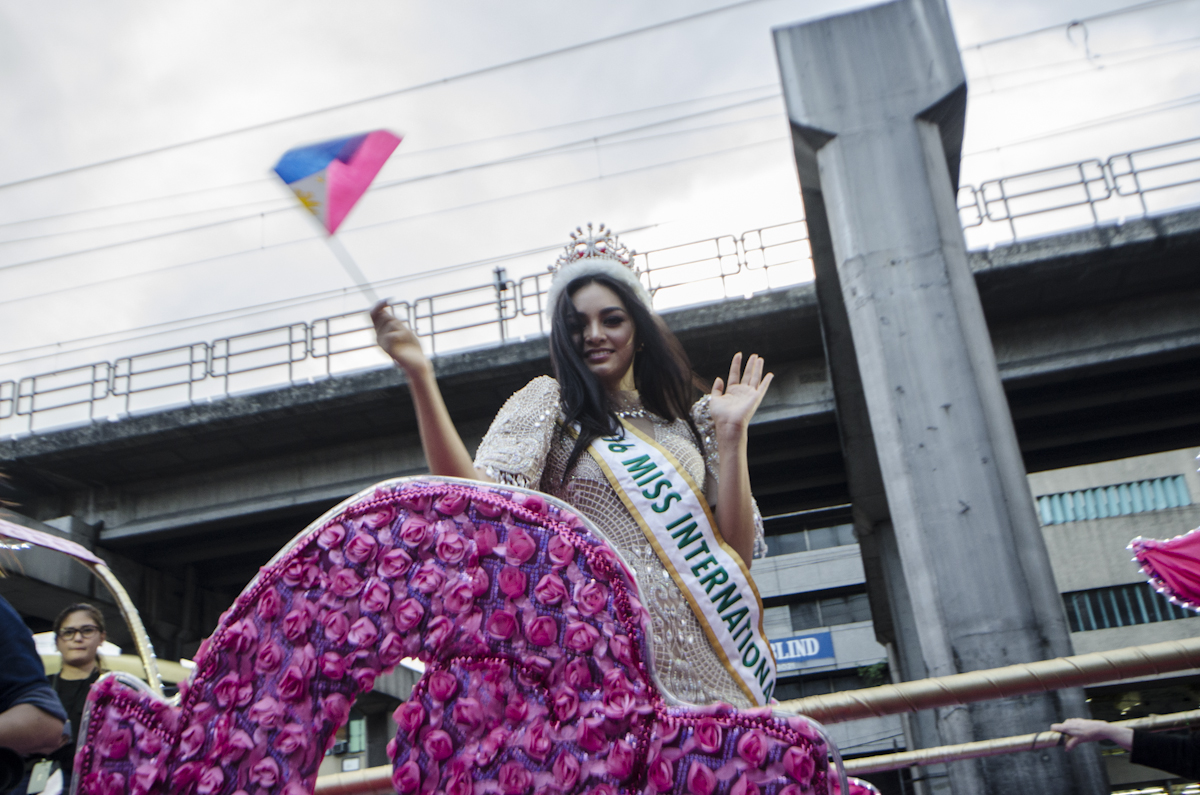 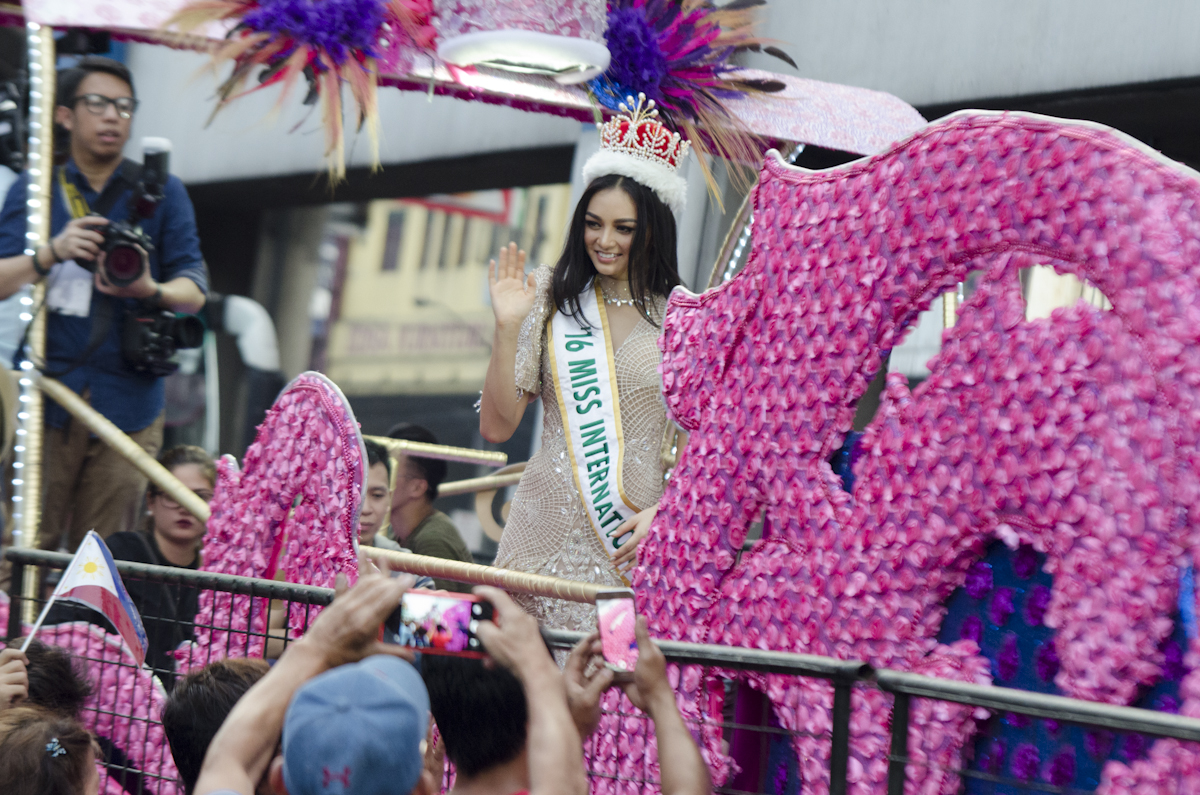 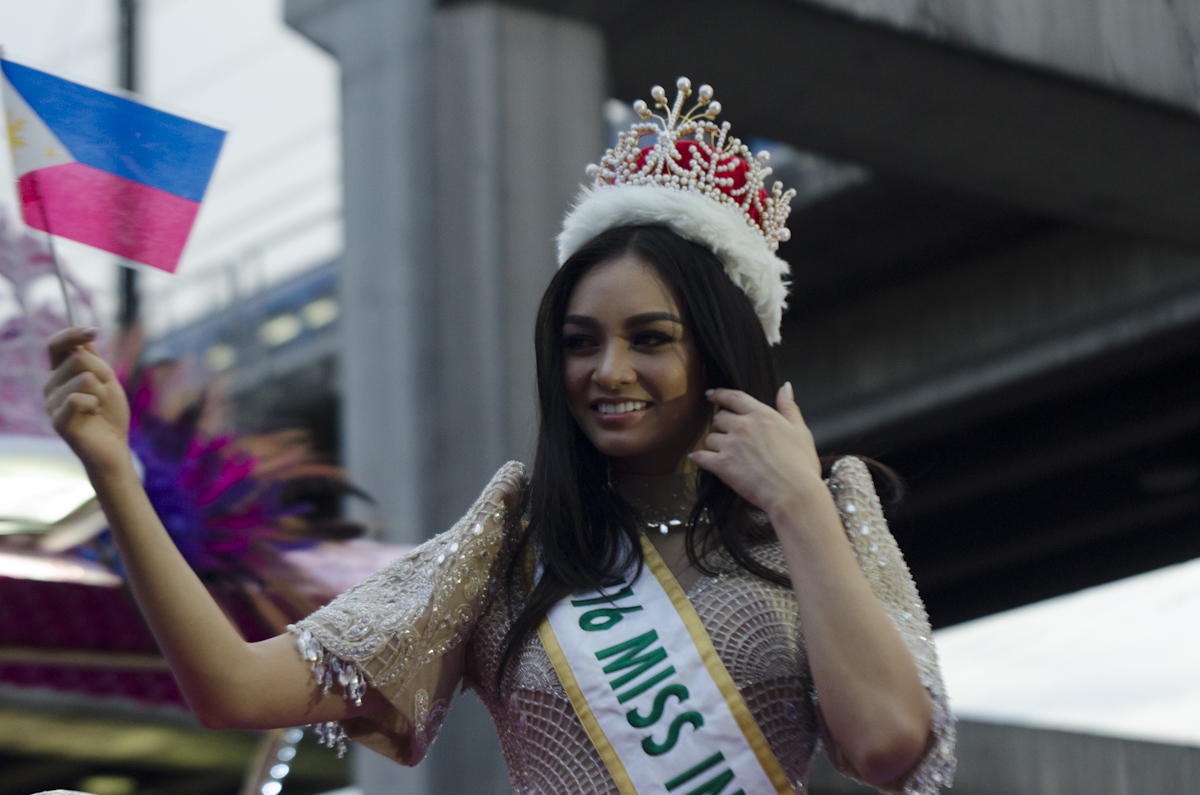 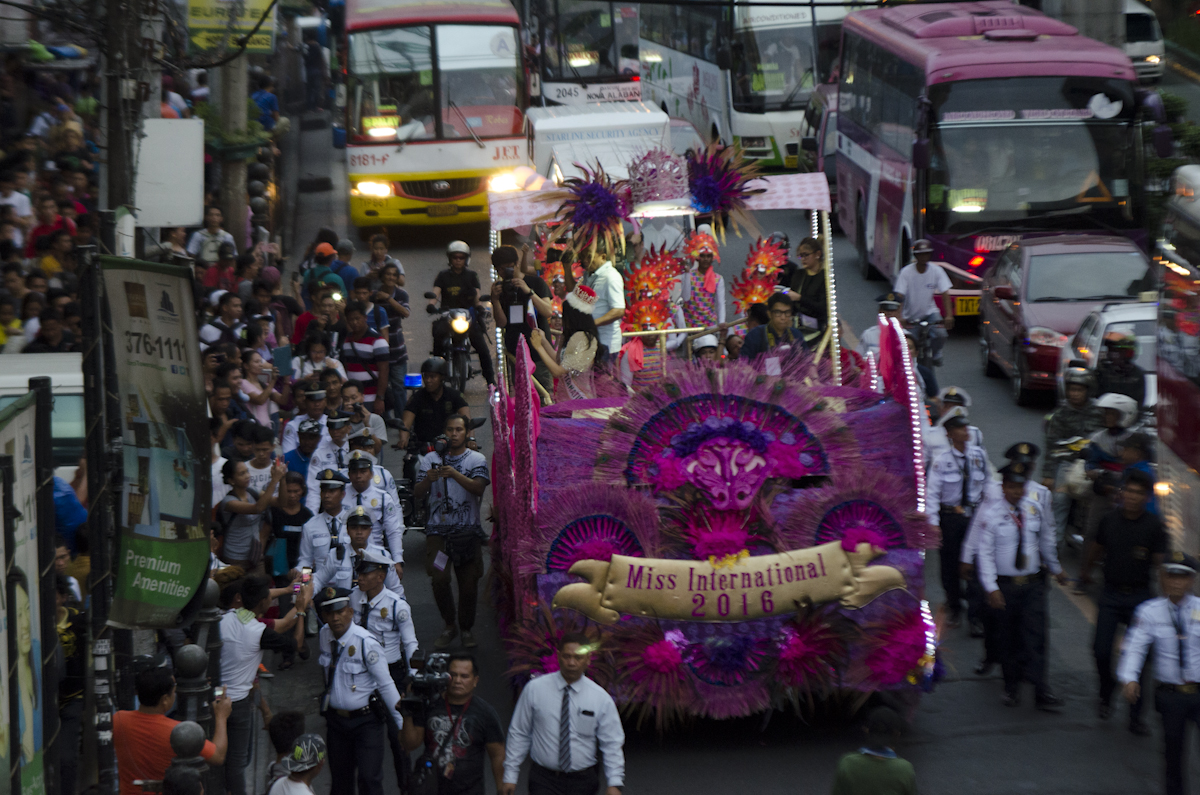 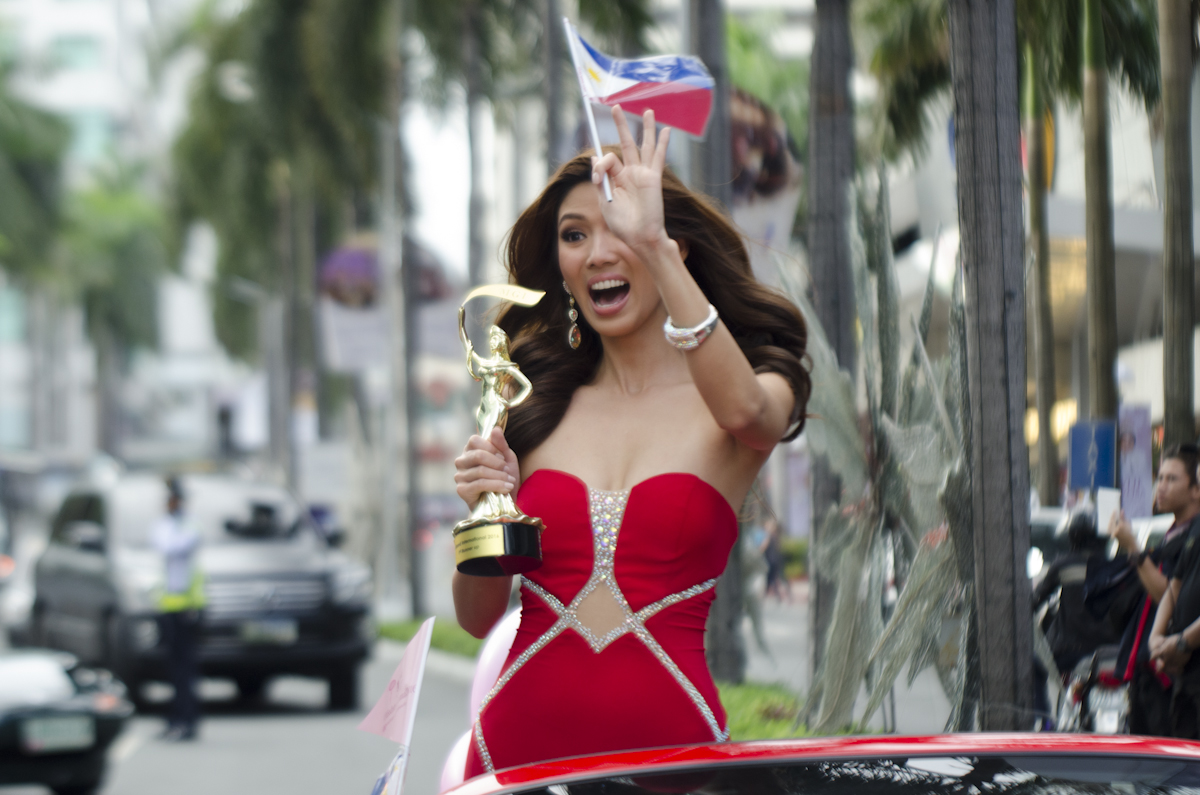 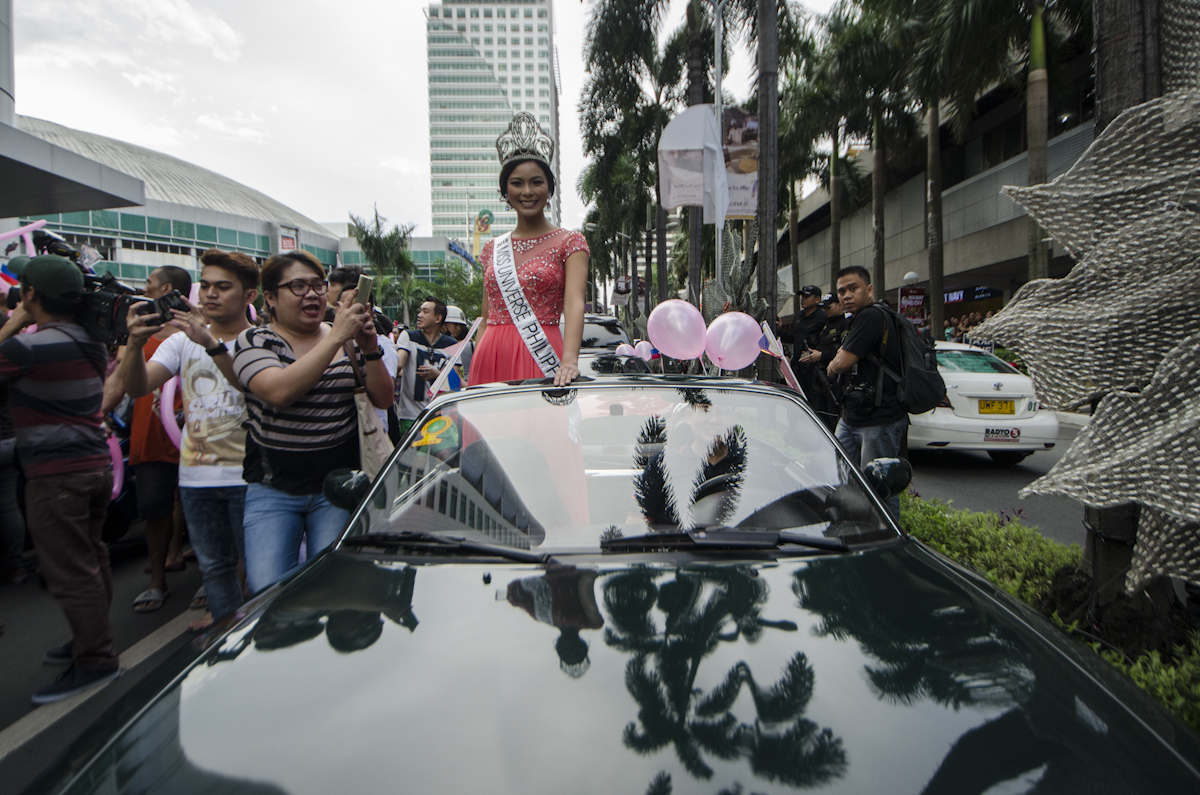 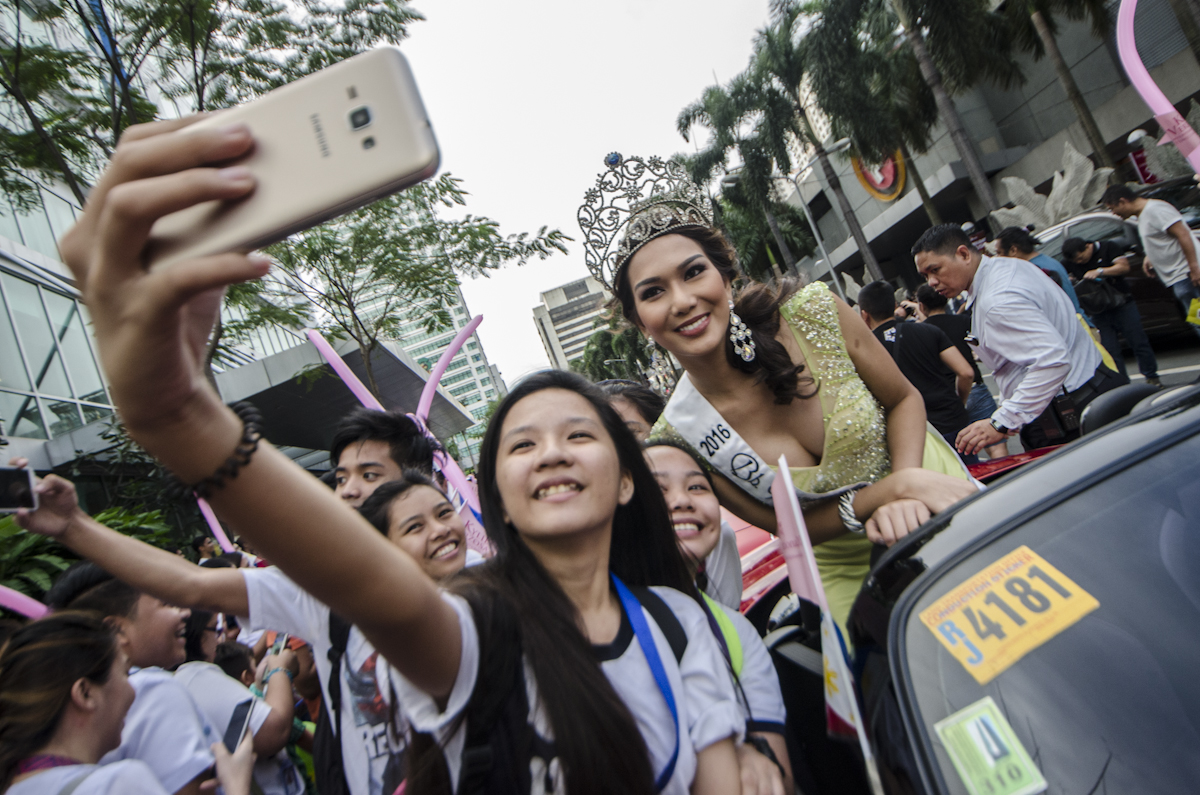 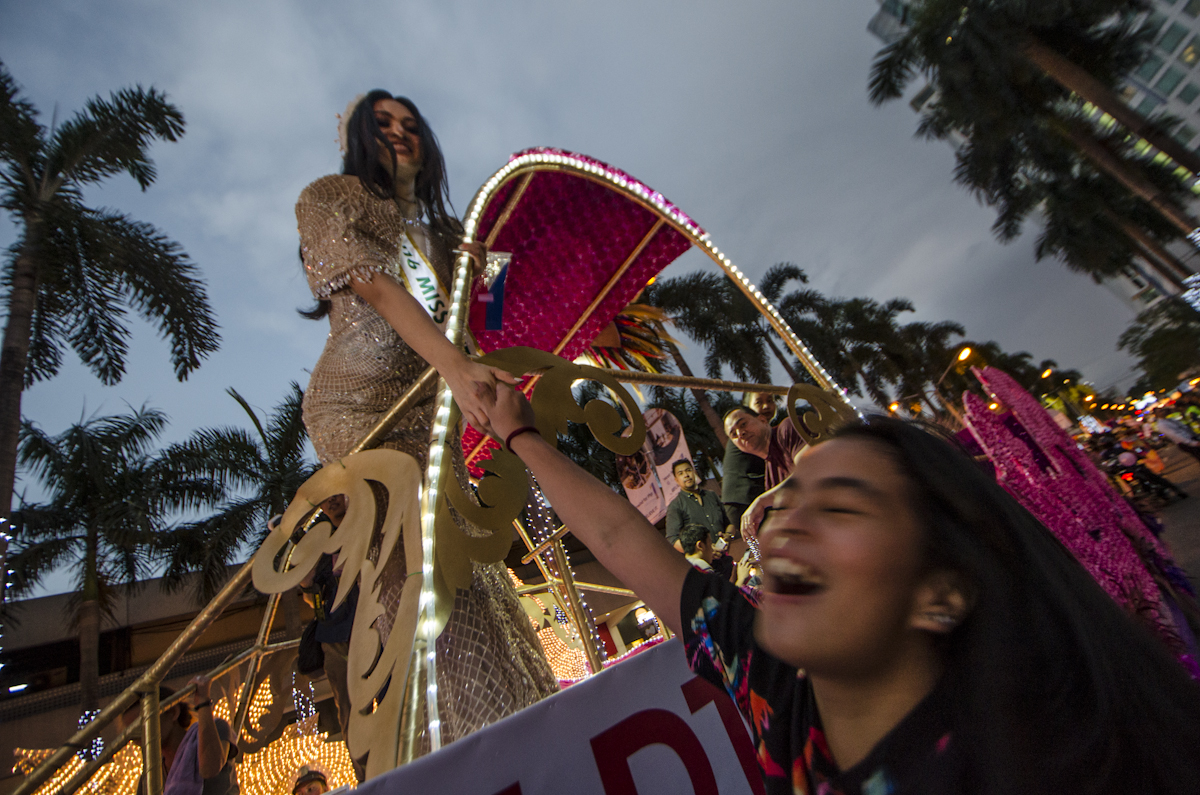 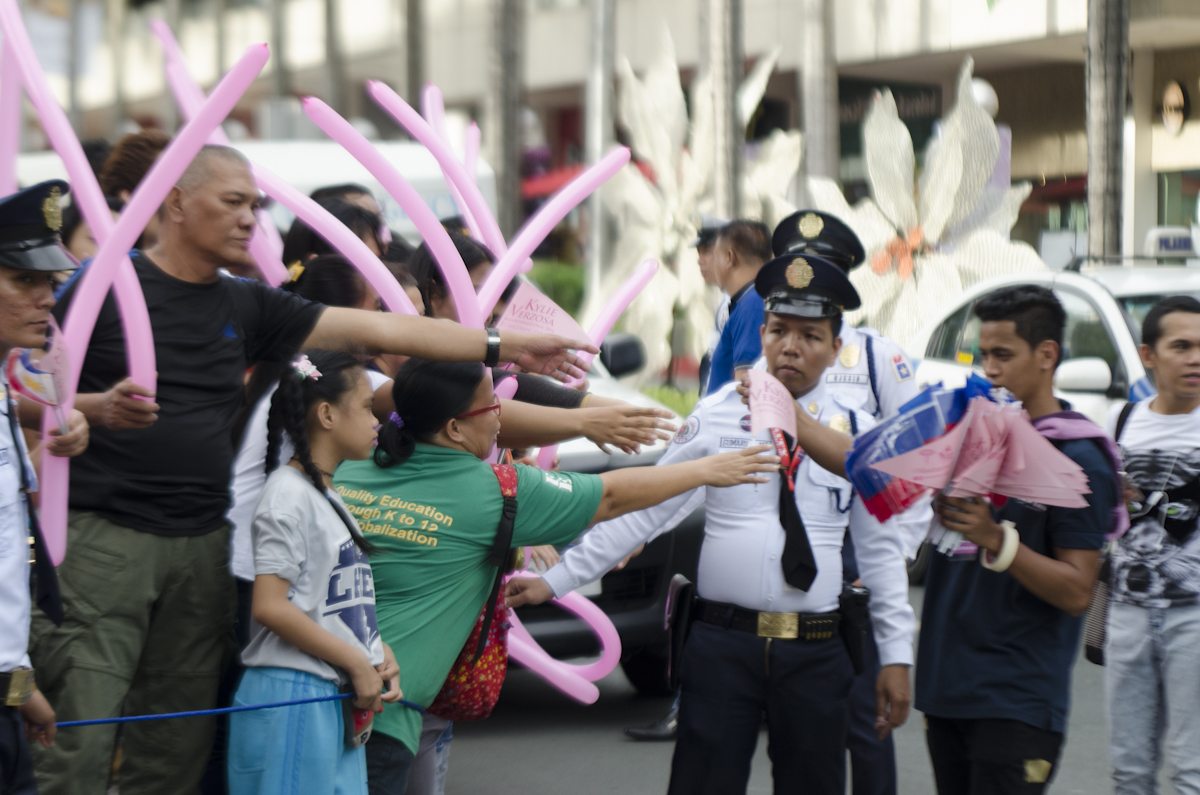 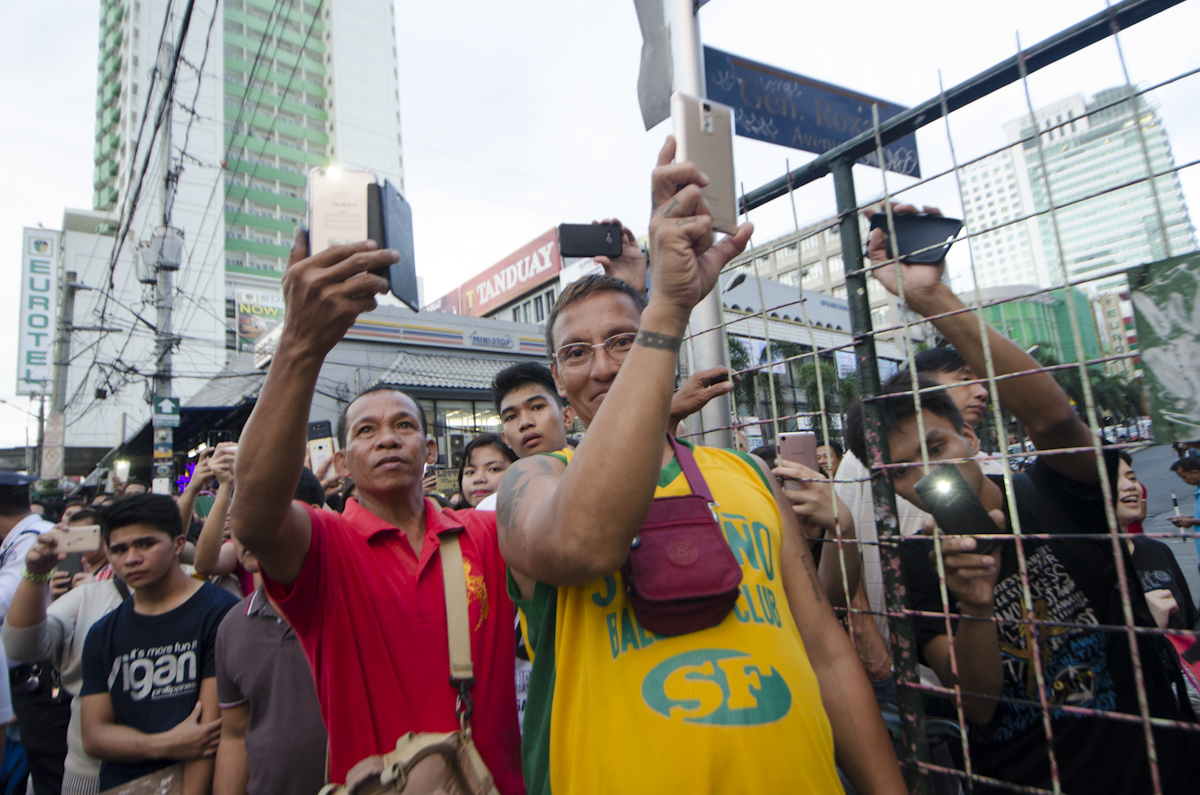 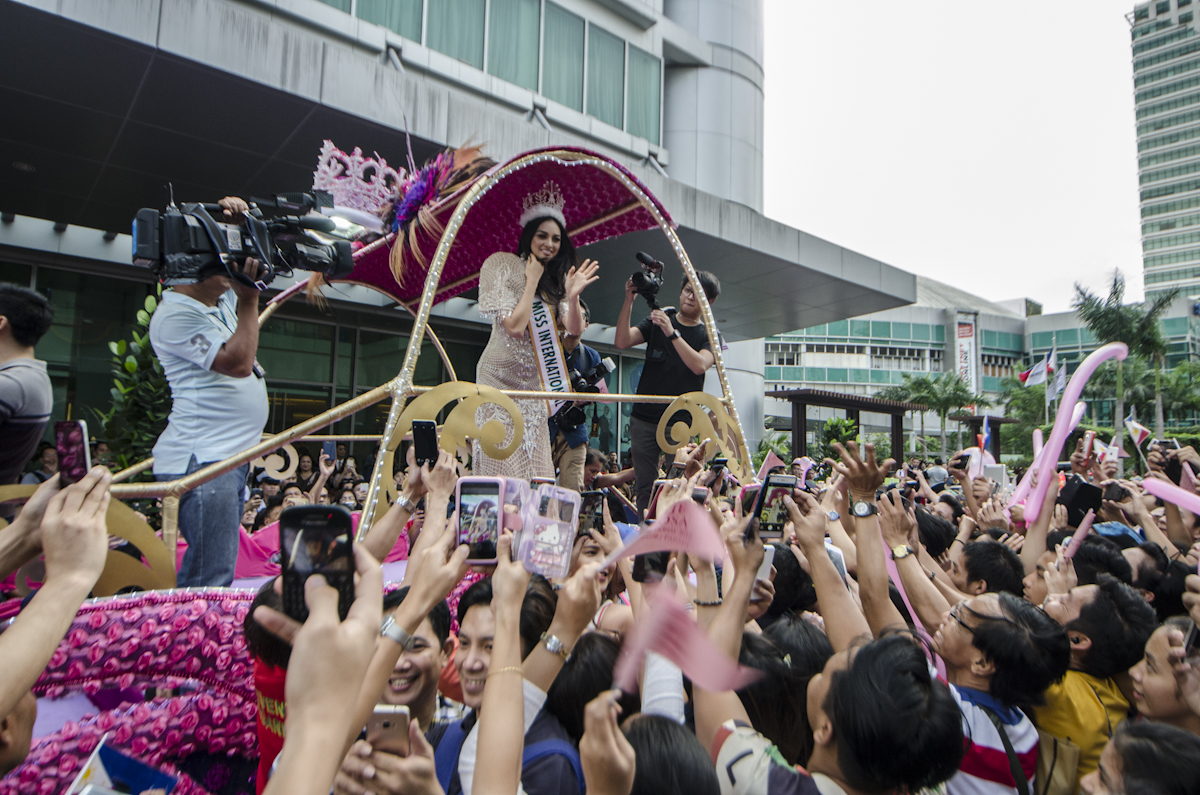 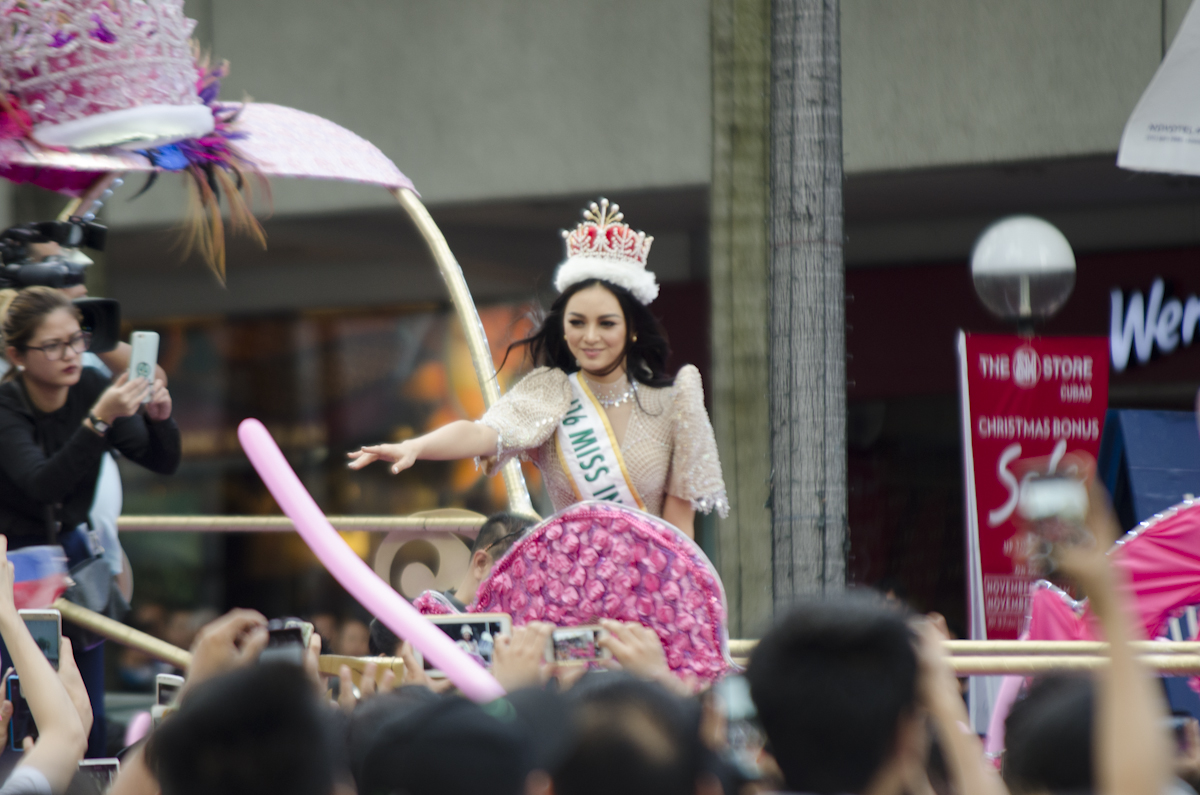 The parade ended with a show at the Gateway Mall, where there were fireworks and confetti. Christian Bautista even sang the Edwin McCain’s “I’ll Be.” 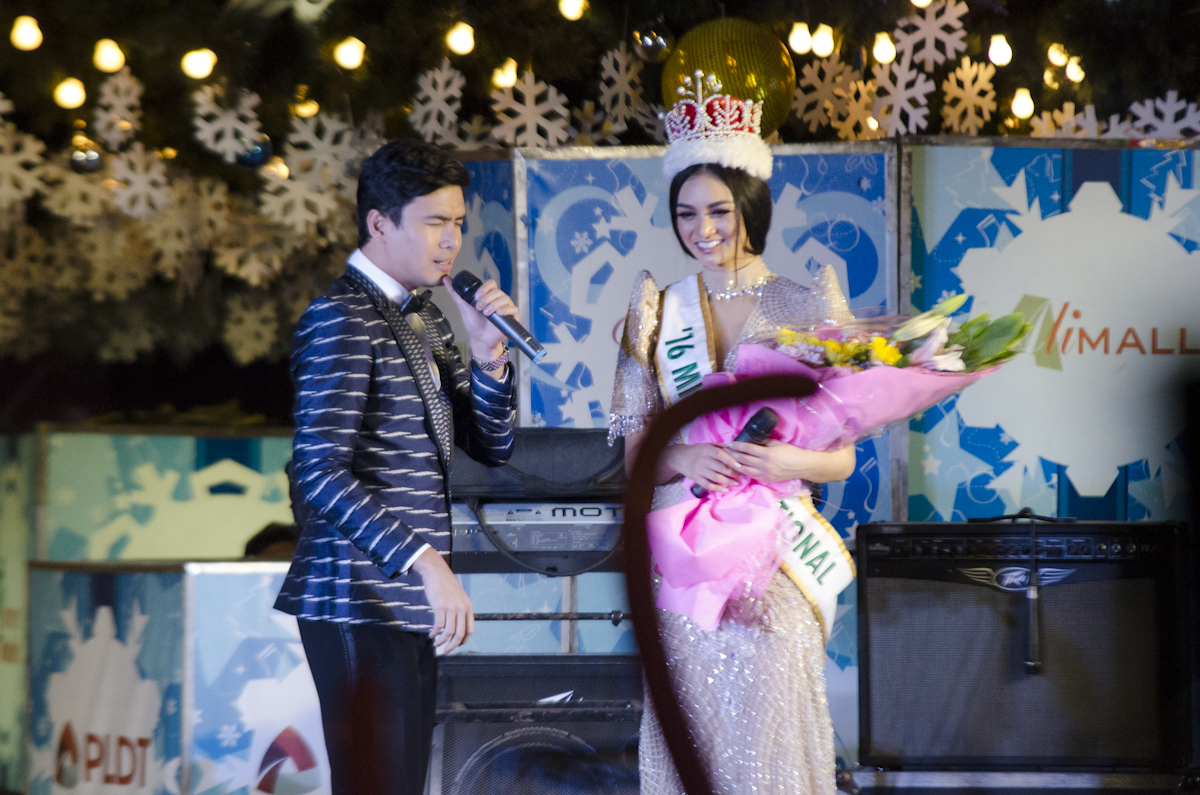 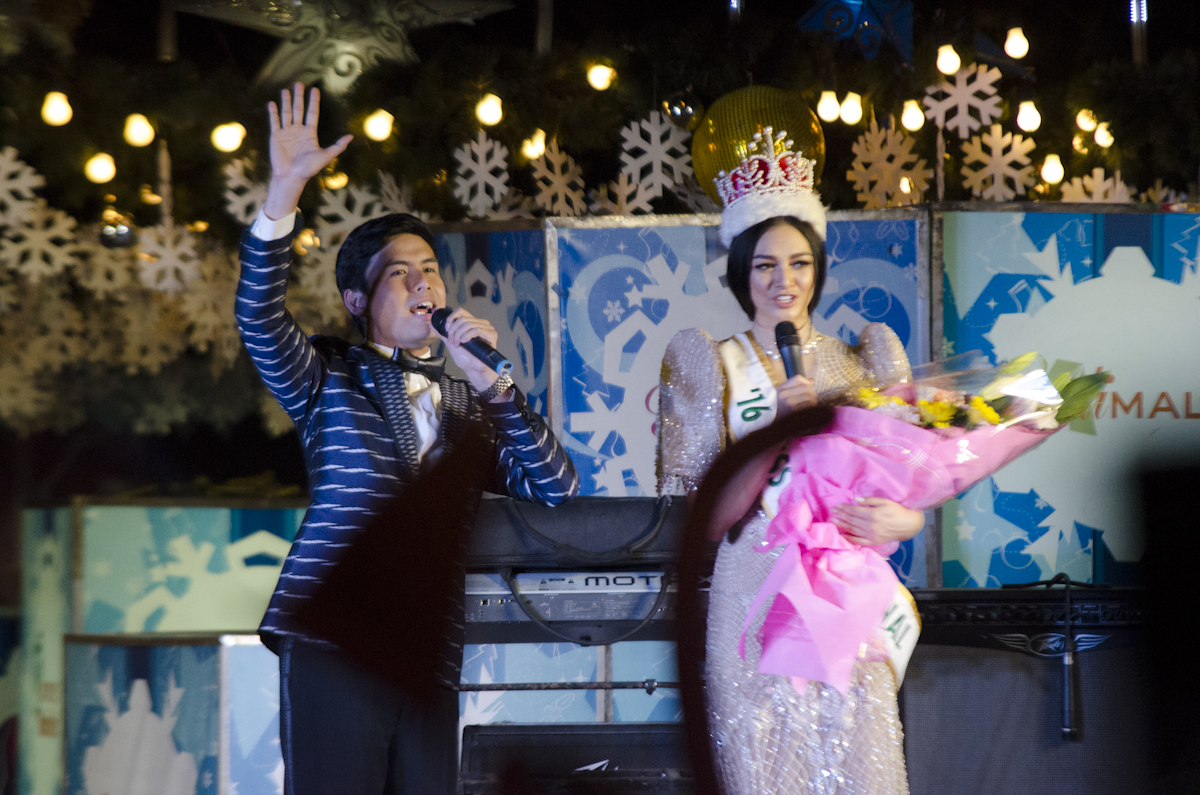 Before Christian sang, he told Kylie: “We’re very, very proud of you and we’re expecting a lot, of course, because you are now an icon. And we love you and we’re behind you. There are so many things going on in this country.”

Earlier on the same day was the burial of former president Ferdinand Marcos at the Libingan ng mga Bayani (Heroes’ Cemetery).

Protesters have taken to the streets to air their views on the late dictator’s burial at the LNMB, and many stars have spoken out as well.

Kylie replied to Christian: “I do want to give the message of hope. I do want to bring happiness to the Philippines.”

Kylie also gave a speech to thank her fans for coming to the parade and supporting her.

She said: “Sa lahat po na nandito ngayon, thank you so much. My win is your win, too. Ito pong panalo ko ay para sa inyo, lahat ng pinaghirapan natin is para po sa Pilipinas. At para po sa nagsuporta sa akin, maraming maraming salamat po, from the bottom of my heart. Thank you so much.”

(To everyone who is here today, thank you so much. My win is your win too. This win is for you, everything we’ve worked hard for is for the Philippines. And to all those who supported me, thank you very, very much, from the bottom of my heart. Thank you so much.) 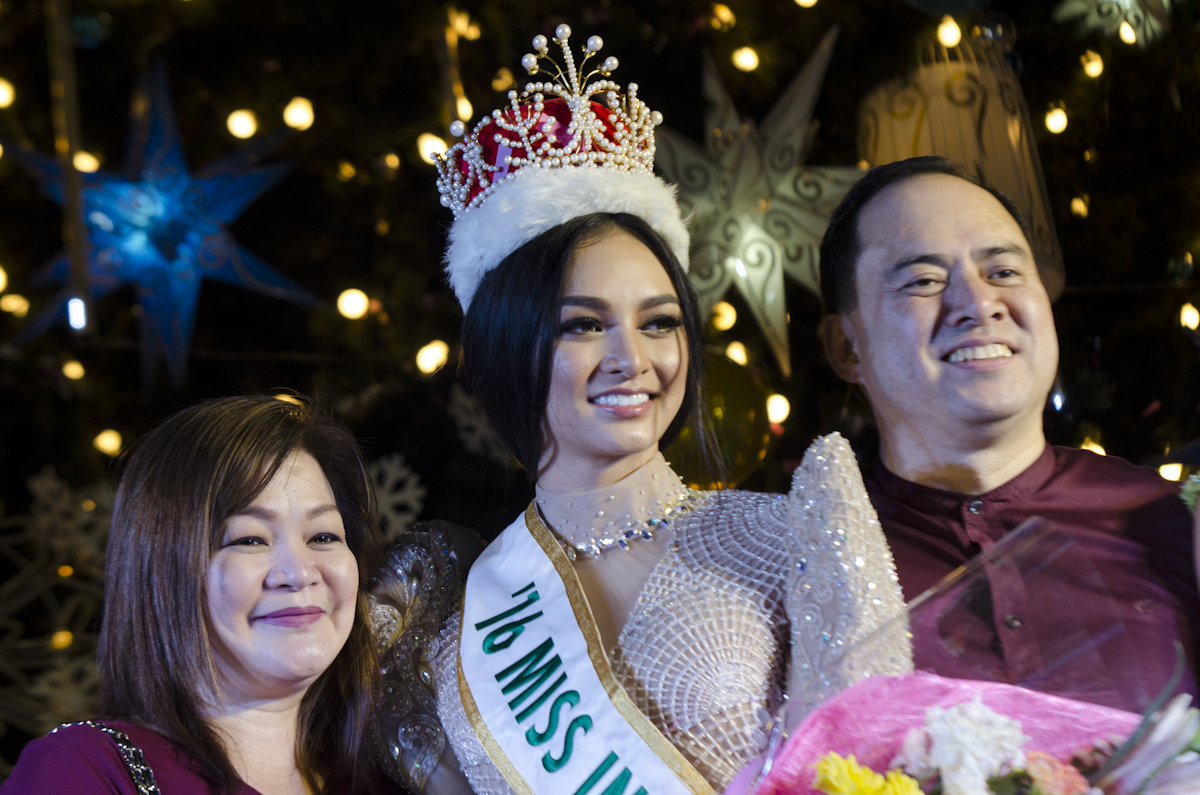 Kylie, who was crowned by Venezuela’s Edymar Martinez in October, is the 6th Miss International from the Philippines. – Rappler.com