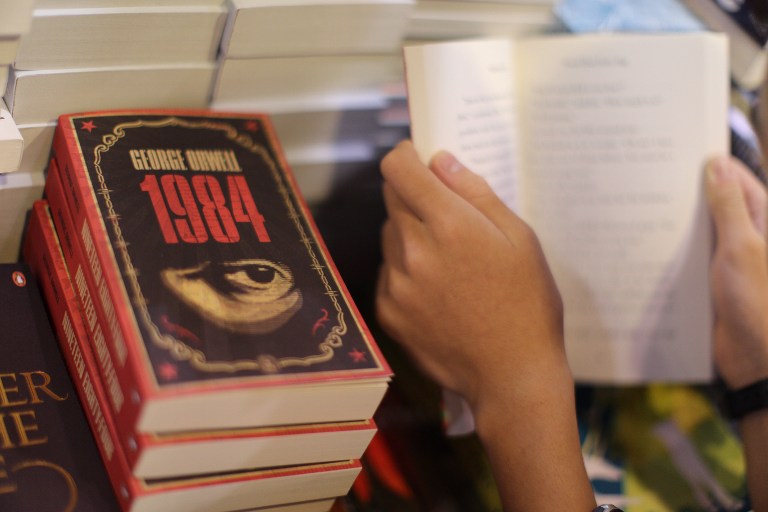 WASHINGTON, DC, USA – Amid a seemingly endless battle with the new US president over truth and untruth, George Orwell’s 1984 has become a best-seller again.

The dystopian novel featuring a so-called “ministry of truth” that distorts reality was the number one seller on Amazon’s US book list on Wednesday, January 25.

Sales of the book have been spiking amid comments by President Donald Trump and his aides that appear to fly in the face of the facts, including one justifying the use of “alternative facts.”

CNN, among the first outlets to report the jump in sales, said the publishing house Penguin Books ordered an unusually large reprint of 75,000 copies to meet unexpected demand.

The novel, released in 1949, introduced the term “doublethink,” which according to Orwell “means the power of holding two contradictory beliefs in one’s mind simultaneously, and accepting both of them.”

In the book, an all-powerful state attempts to control people’s thoughts and suppress any dissenting views.

Psychologist and author Marilyn Wedge said in a blog post that she sees parallels to the current state of affairs.

“Donald Trump is attempting to twist the norms of our democracy to his own will,” she said. “He is trying to tell us to believe what he and his advisors say rather than what our eyes tell us.”

The Orwell book is not the only dystopian novel to get renewed interest. On Amazon’s list, Aldous Huxley’s “Brave New World” was number 31 and Sinclair Lewis’s “It Can’t Happen Here” number 36. – Rappler.com