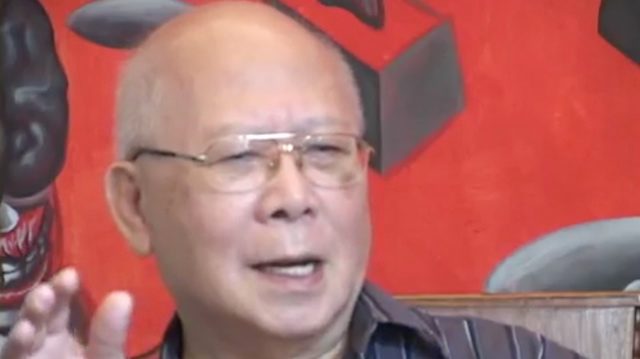 During the Buwan ng Panitikan (National Literature Month), Rappler runs the Akdang-Buhay series that features interviews with several national artists for literature and influential writers, conducted by young writers who have studied their works or whom they have mentored.

In this interview filmed in 2011, Bienvenido Lumbera – National Artist for Literature in 2006 – talks about life as a poet, librettist, activist, literary critic, and teacher. A scholar who fought against the Marcos dictatorship, Lumbera usually performs his poems during rallies and other political gatherings.

Lumbera is a native of Lipa, Batangas, and a product of the University of Santo Tomas and the Indiana University, and has taught in various universities in the Philippines and abroad. He was arrested by the military during martial law, in 1974, and detained for a year.

He was interviewed by Roland Tolentino, fictionist in Filipino and founding chairperson of the fictionists’ group Katha.