BERLIN, Germany – Jose Rizal, the Philippines’ revered national hero, always had a soft spot for Germany. He spent over a year in the country gaining expertise in ophthalmology and engaging in other intellectual pursuits. Rizal’s famous novel, Noli me Tangere which, many historians say, inspired Filipinos to seek independence from Spain, was first published in the German capital, Berlin.

In a letter he wrote before he left Europe, Rizal mentioned that he owed Germany his ‘best remembrances.’ Thus, it is no wonder that Filipinos and even foreigners who look up to him often seek his usual haunts in the country whenever they get to visit.

Philippine Ambassador to Germany Melita Sta. Maria-Thomeczek says this was the main reason why the embassy came up with an illustrated map – to make it easier and a lot more fun for Filipinos and other Rizal enthusiasts to retrace his steps.

“We’d like to rekindle once more our people’s knowledge of and interest in the life of Jose Rizal,” Thomeczek told Rappler. “We summarized what the diaries and the books say into a kind of trail and make it easily accessible, both as a printed material and a digital map.” 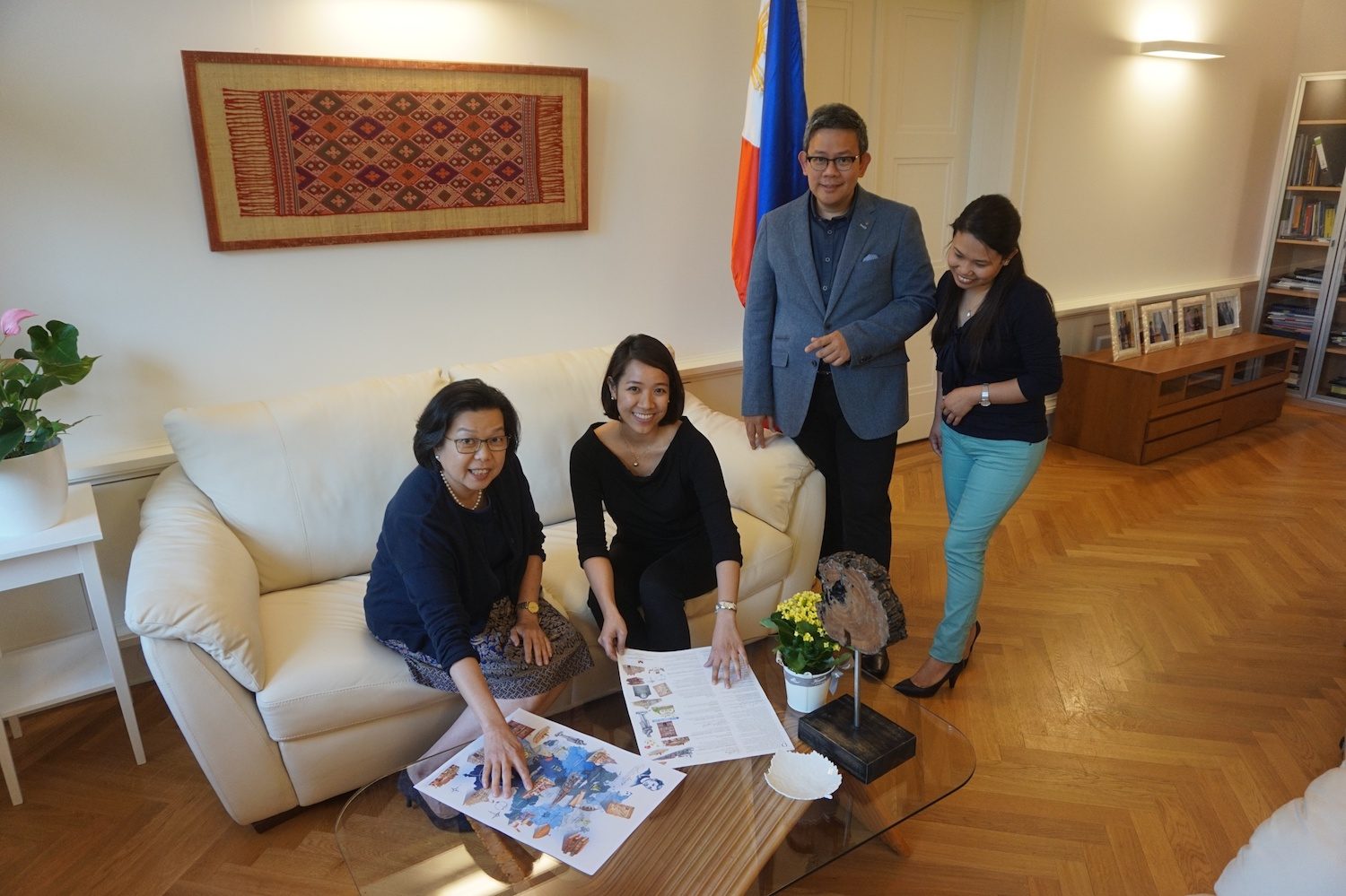 The Ambassador also shared that Filipinos who only hear of Rizal’s adventures in Europe once they arrive here, are often surprised and would usually want to know more.

The embassy worked with Knights of Rizal Lucien Spittael and Gerhard Müller to add interesting tidbits on the national hero.

Rizal, who lived in Jaegerstrasse 71, would often go for a cup of coffee along Unter den Linden – one of Berlin’s most famous boulevards. He would read the news on the Kaiser (Germany’s monarch) and German statesman Otto von Bismarck, as he sipped his coffee at Café Bauer. He also loved to go window shopping at the Kaiser Galerie.

Being the intellectual that he was, Rizal also joined the Berlin Ethnology Society and shared his passion for science with other learned individuals, mastering the German language in the process.

But it’s not only Berlin where Rizal stayed. He also lived in Heidelberg where he wrote a poem said to be inspired by the Forget-Me-Nots he saw near the Neckar River entitled, A las Flores de Heidelberg (To the Flowers of Heidelberg). He also spent a couple of months in the city of Wilhemsfeld where, like a lot of Filipino towns, boasts a park and a street named after Rizal, as well as a larger-than-life statue of him.

Rizal’s ‘scientific mother country’ truly played an important part in his journey to becoming the Philippines’ national hero. “Towards the end of his trip, Rizal published his novel at a small print workshop with only women as workers here in Berlin,” the Ambassador shared.

The map, launched today on the occasion of his 156th birth anniversary, is available for free at the Philippine Embassy in Berlin. It will also be available for download from the embassy website. – Rappler.com