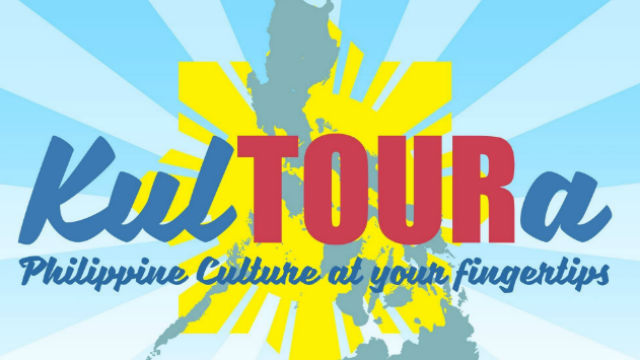 MANILA, Philippines – The Department of Tourism (DOT) together with the National Culture and the Arts (NCCA) launched on Monday, June 19 a mobile app that will help tourists in the Philippines know more about the country’s culture.

According to its press release, the mobile app KulTOURa “features information on heritage sites, historic schools and churches, nature parks, popular attractions, famous landmarks and other must-see places in various parts of the country.” The app also has features about selected cities and destinations with details about their food, personalities, and more.

The app was created by the DOT and NCCA with the help of Smart Communications and InnoPub.

In a statement, NCCA president Virgilio Almario said that the app was created not only for tourists but also for students to learn more about the Philippines.

(The KulTOURa app was created to help the tourists and students to learn more about the culture and traditions of the Philippines. This will help foreign visitors interested in the rich history and beautiful places of our country.)

In the same statement, Mon Isberto, Smart Communications and PLDT’s public affairs head said that with the app, not only do they want to give travelers the opportunity to know the Philippines but also to give them a different experience.

(We want to help the travelers to enjoy and experience the rich culture and traditions of the Philippines. Innovations such as as the KulTOURa app is part of Smart’s way of giving a different experience for local and international travelers.)

InnoPub spokesperson Max Limpag said that since everyone now uses a mobile phone, the app through NCCA’s information is perhaps the most comprehensive app made for those who will use it.

(The KulTOURa app’s informations on places and culture through the inofrmation provided by the NCCA is perhaps the most comprehensive guide for those traveling in the Philippines.)

The KulTOURa app is available on Andorid and iOS for free. – Rappler.com