IN PHOTOS: Inside Jollibee’s 1,000th store MANILA, Philippines – Fast food giant Jollibee will open its 1,000th store on Tuesday, July 4, and a ribbon-cutting ceremony and blessing was held at the special branch a day before.

Jollibee’s 1,000th store, located in Bonifacio Global City, has a “modern tropical” design. Murals are scattered throughout its two floors. 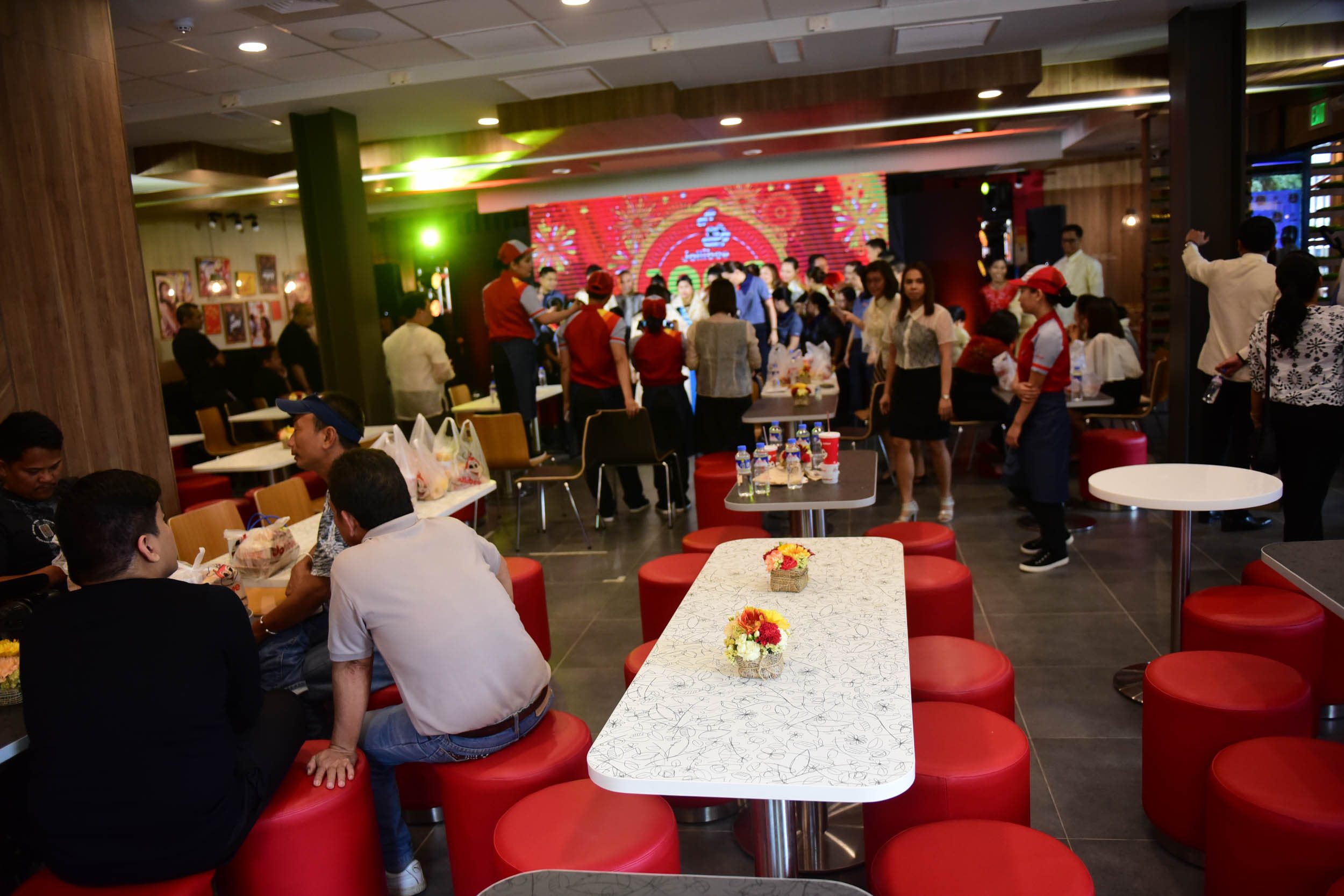 Outside, a 27-foot-long mural along its drive-through area features images of the Philippine eagle, the carabao, and the Sarimanok trying to grab some of the fast food chain’s famous Chicken Joy. The branch has a seating capacity of 350 people and has two party areas. After the blessing, Morrisette and Darren Espanto performed a rousing rendition of the Jollibee song “Ang Sarap at Saya Maging Pilipino.” Here are a few more photos from the blessing and ribbon-cutting event! Will you be visiting the store on its opening day? Let us know what you think of Jollibee’s 1,000th store in the comments! – Rappler.com