Hundreds of people were lined up before the official opening at 6 am, when a giant red curtain unveiled the store, and balloons and confetti rained down to commemorate the moment. 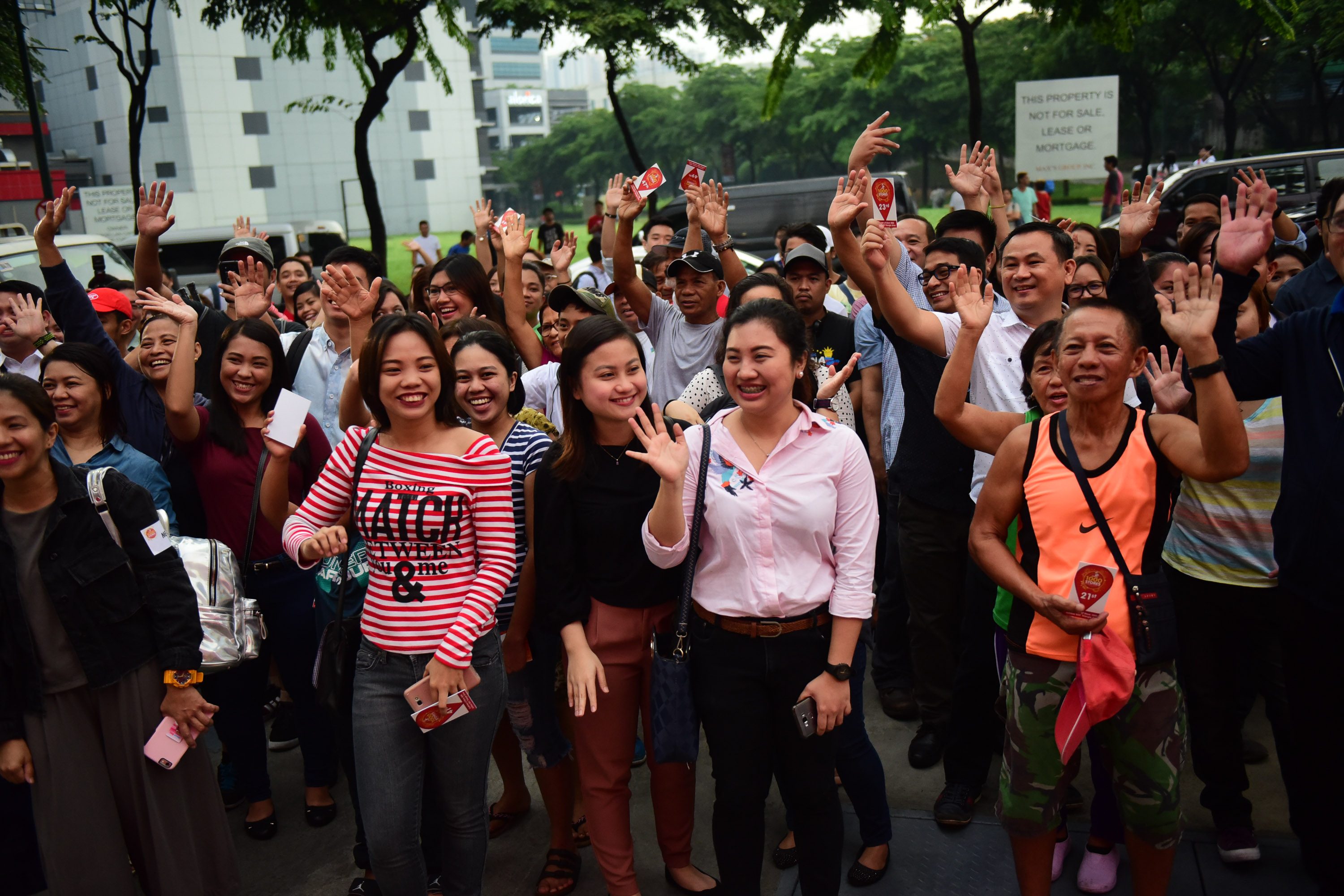 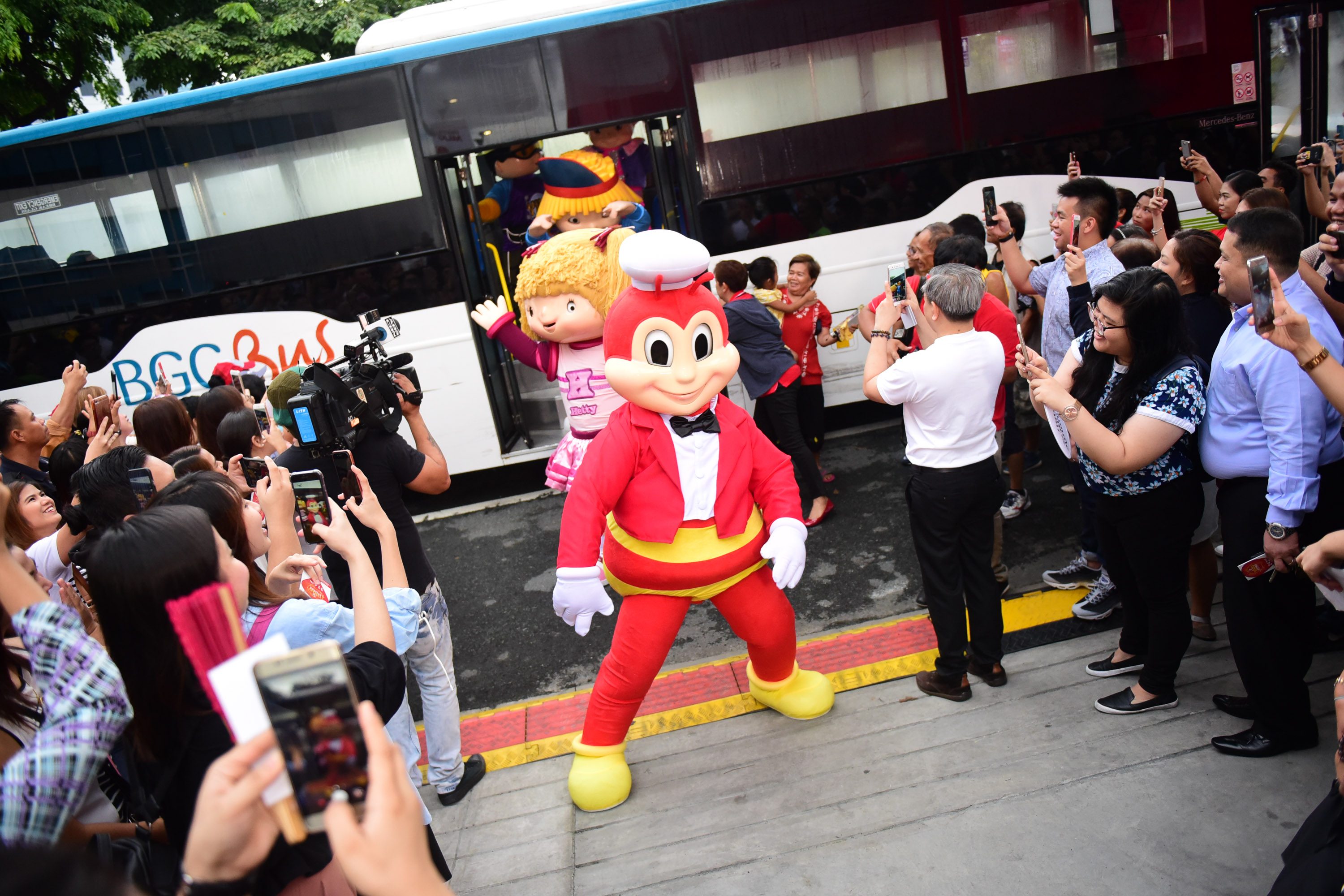 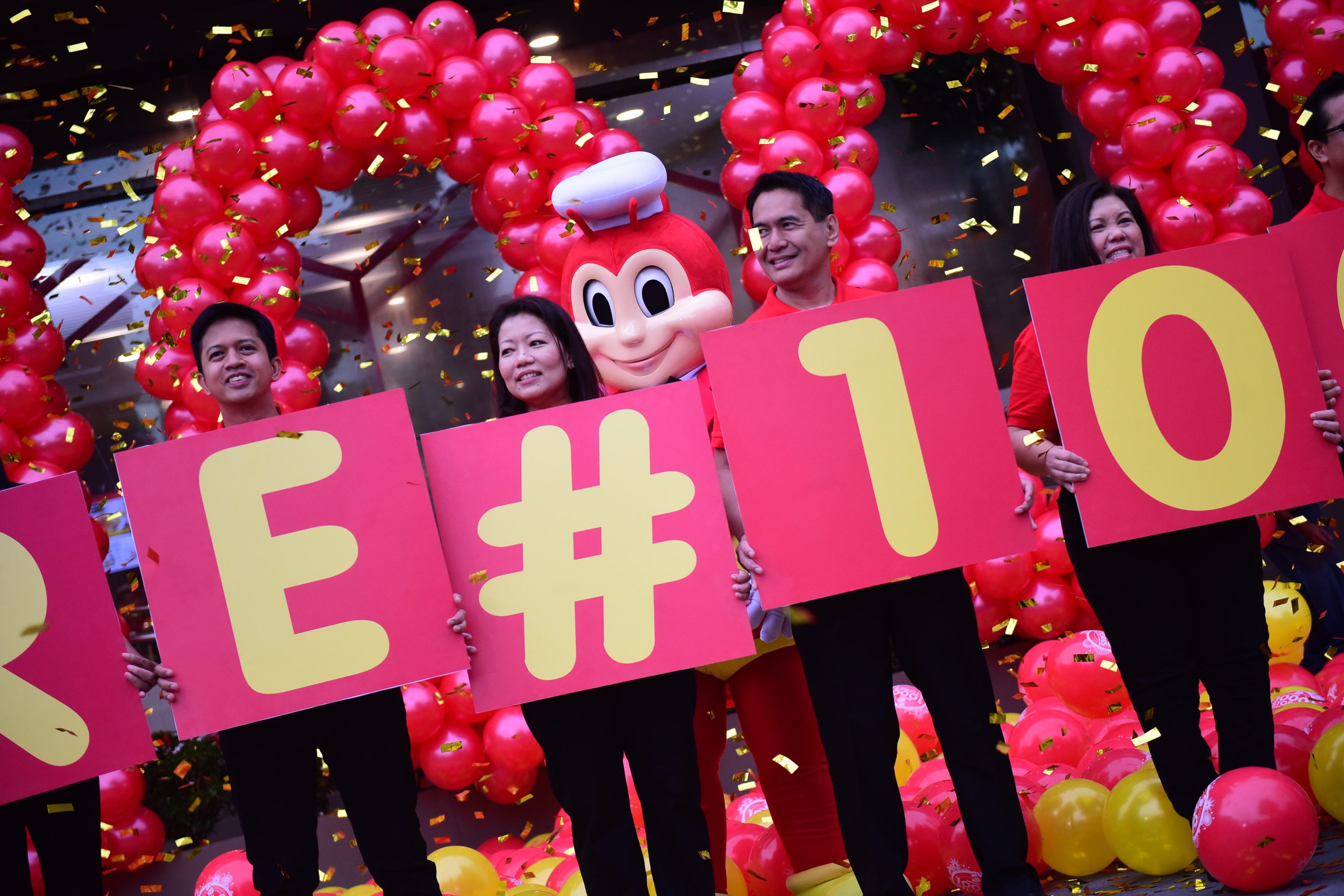 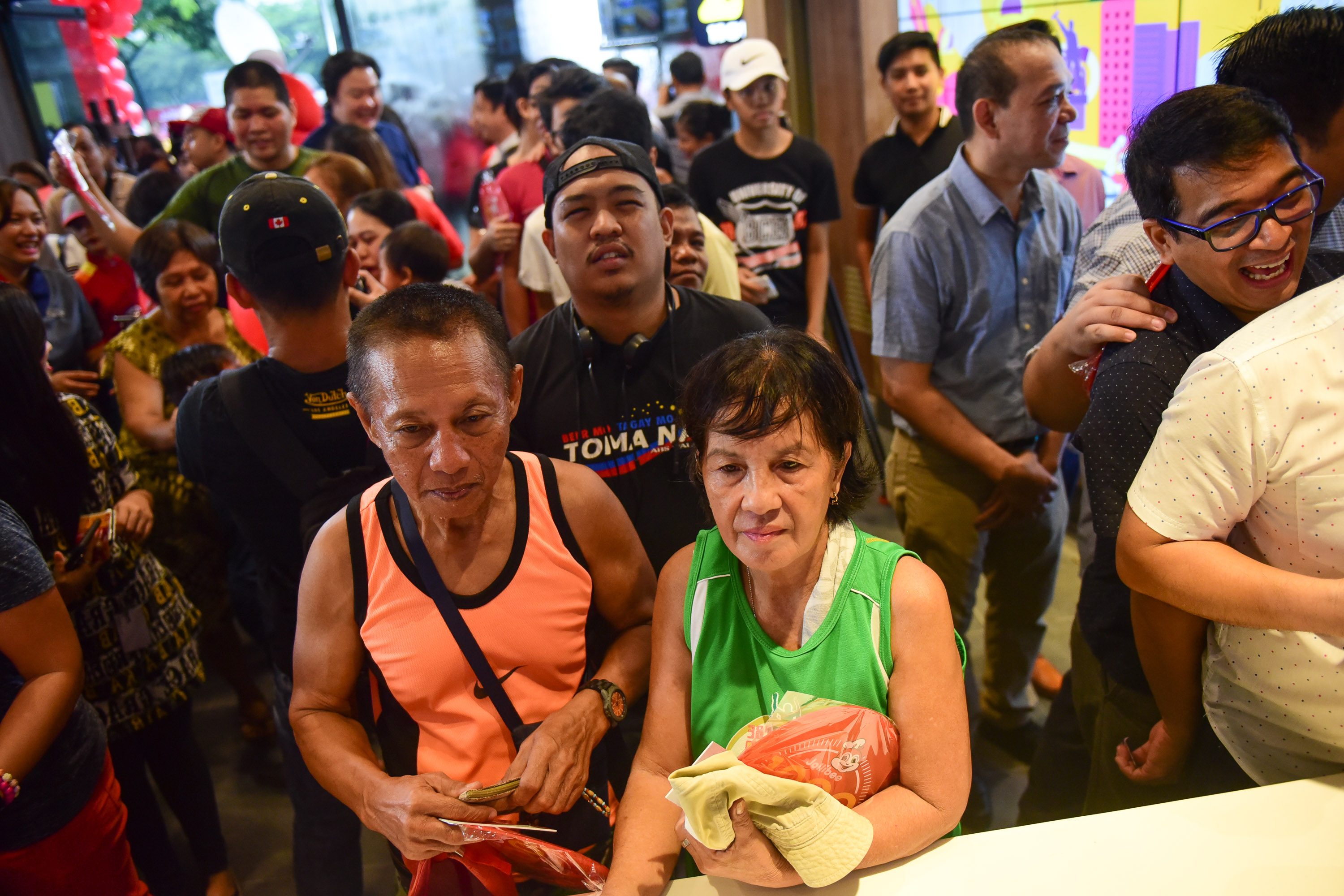 First customer Andrew Alub, who works for JPMorgan, arrived at 5 am, but did not intend to be the first customer.

As the first customer, Andrew received a P1,000 gift certificate and a bucket of the restaurant chain’s iconic Chickenjoy. Every milestone customer – the 100th, 200th, and so on until 1,000th – will receive a year’s supply of Chickenjoy.

Andrew, 30, said he used to work for Jollibee from 2004 to 2005 at its Kalentong branch. He was part of the crew, he said, and worked at all the stations except for the grill. Later in the morning, Jollibee endorser Anne Curtis dropped by to take photos with the Jollibee mascot and with fans. She also took some time to eat Chickenjoy at the branch and some of the restaurant’s sweet Jolly Spaghetti.