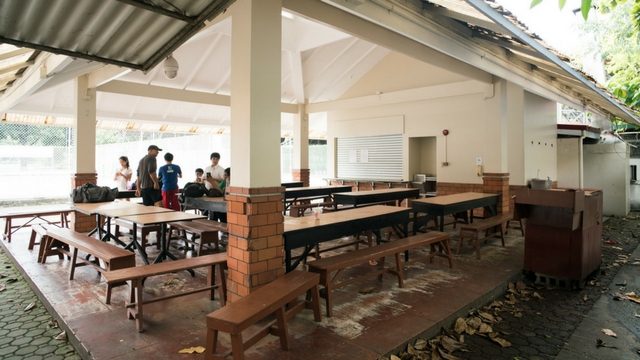 GetBlued confirmed the news on their Facebook page, saying “Rest in peace, Manag Puring, who ran the legendary Manang’s Clubhouse in Ateneo for 27 years until it closed last July.”

It was Manang Puring’s poor health that compelled her and her husband Zoilo to close down the long-standing eatery in July.

Students and alumni took to social media to express their sadness at the news.

“There was no question about the joy Ateneans and others had eating her liempo, breaded pork chop, and other ‘lutong bahay’ treats for breakfast or lunch,” he wrote. He also recalled how she gave a free meal to a scholar whose meal card had run out.

“She didn’t have to but that was how she was: Ready to make her Ateneans, her students happy and full and prepared to go back to their school work,” he said.

RIP Manang. For Ateneans Manang's felt like a second home and Manang's inihaw na liempo was a taste of home. A true Ateneo legend. https://t.co/Ux8zuNP53Q

TV host Gretchen Ho thanked Manang Puring for her liempo, saying “It’s given me so much joy.”

Manaaaaang Thank you for the unli-sili and sawsawan together with my juicy liempo. It’s given me so much joy. #restinpeace https://t.co/s7lb25ewZx

Manang’s Foodhouse opened in 1990, and has been the go-to eatery for many students, who went there for home-cooked Filipino fare, including Manang’s famous grilled liempo. – Rappler.com