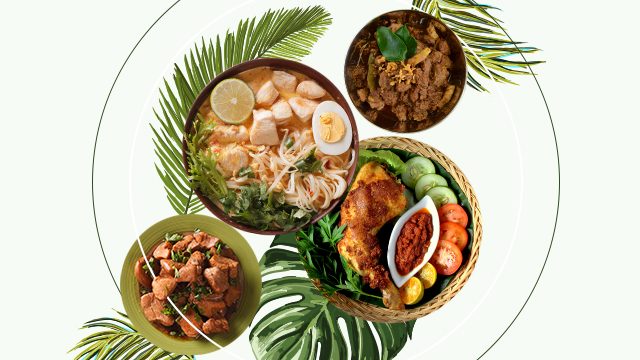 MANILA, Philippines – The Southeast Asian region offers a variety of cuisines that can awaken your palate. It’s known for its biodiversity and rich natural resources that give its people more than enough room to experiment with cooking. Over the past decades, food from this part of the world has been known for its distinct rich flavor.

The countries of ASEAN – Brunei, Cambodia, Indonesia, Laos, Malaysia, Philippines, Singapore, Myanmar, Thailand, and Vietnam – each offer dishes that are uniquely their own.

Several leaders and delegates from different parts of the world will fly to the Philippines starting this weekend for the 31st ASEAN Summit which has adopted the theme, “Partnering for Change, Engaging the World”. The gala night this Sunday will feature Filipino-Asian food to be prepared by Chef Jessie Sincioco, with the help of Sofitel Philippine Plaza.

Working towards better integration economically, countries in ASEAN also boast of their own dishes which have become quite popular with travelers. Here are some of them and see if you recognize them. (READ: Why you should care about ASEAN integration)

If you know, you know. If you don't then I feel sorry for you. #khmerfood #cambodianfood #nombanhchok

A post shared by Pelesit Bikerz Terengganu (@pelesitbikerzterengganu) on Nov 4, 2017 at 7:41pm PDT

Which dish from these ASEAN countries would you want to try next? That could be your next country destination. – Rappler.com