You get what you pay for: Daniel Hellmann’s ‘Full Service’ 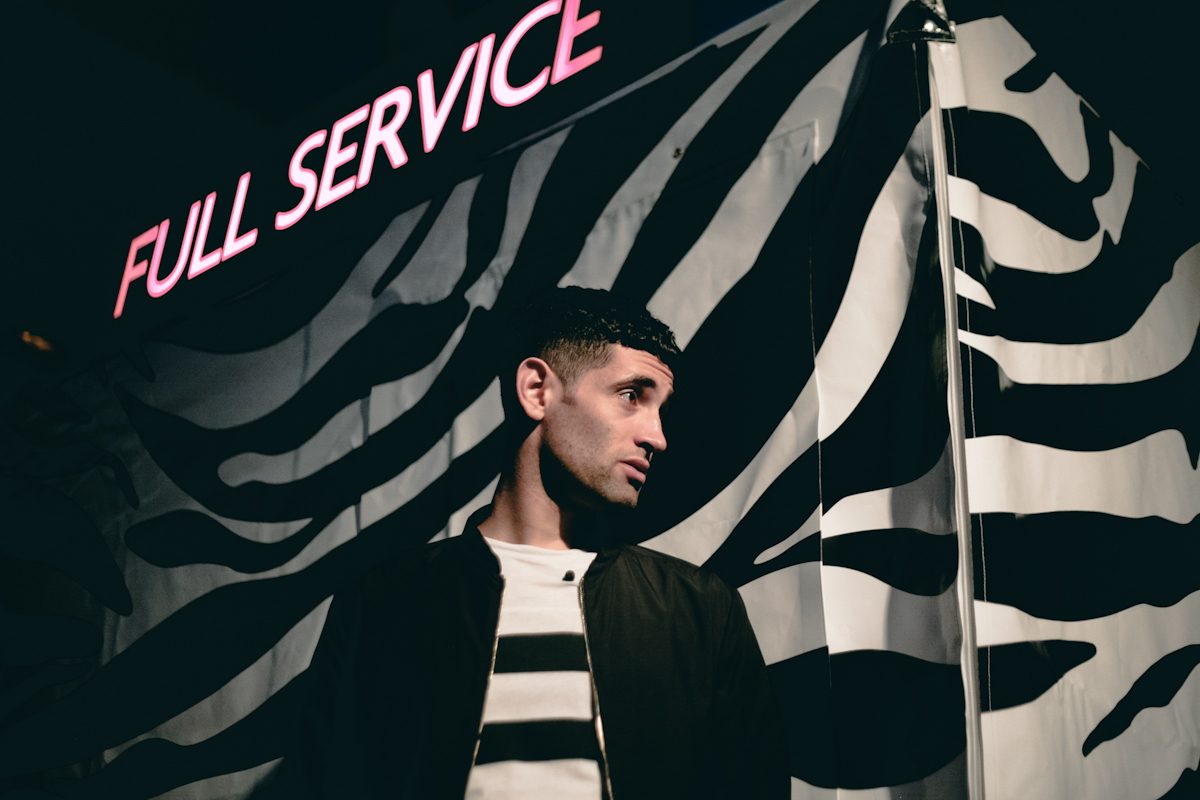 Facebook Twitter Copy URL
Copied
In a performance project, the Swiss artist submits himself to the desires of strangers

MANILA, Philippines – When someone offers to do anything you want – anything at all – for the right price, it can be more daunting than it sounds. The possibilities are virtually endless, after all, and therein lies the difficulty.

That’s exactly the challenge that people face when they choose to participate in Full Service, a performance project by Swiss artist Daniel Hellmann, where he provides whatever service clients ask him to do, as long as they negotiate a fair fee.

Does one ask for something practical? Or something fun and entertaining? Might this be the perfect opportunity to live out a secret fantasy or relieve a sexual frustration? It’s a surprisingly introspective exercise. That is, the service one chooses to ask for reveals more about the client than the one who performs it.

This is something that Daniel probably already knows, which is why the artist seemed completely at ease on the first night of his project’s Manila run at Pineapple Lab in Makati on November 8. His calmness and apparent lack of nerves was an interesting demeanor for someone who had submitted himself to the desires of virtual strangers for 3 hours.

In fact, in the cavernous space, it is Daniel’s warmth and genuine friendliness that initially puts people at ease (though wine and beer from the bar help too). The moment one walks in, they can head straight to the table where Daniel is sitting, tell him what they want, and start negotiations. “I never judge requests,” Daniel said, which is ultimately a relief to know.

In the 3 years that he’s been doing Full Service, Daniel has been asked to do pretty much everything – from something as simple as lighting cigarettes the entire night or removing salad stains from a sweater, to performing all kinds of sexual acts, to doing bizarre things like smelling someone’s armpit and evaluating the scent’s social acceptability.

All of these services, of course, are done for a fee – and it’s the negotiation part of the process that is perhaps the most revealing and challenging. You learn how much you value an act or a service, and you also get to compare it to how others see the same service. It’s self-revelation at its unexpected finest.

If only for that, it’s a performance worth seeing – and depending on what you ask for, you can even go home with something tangible. Once, Daniel was asked to write a letter addressed to a client, seal it up in an envelope, and send it to her by post. He found out later on that the client never opened the letter – instead, had it framed while still sealed – a letter version of Schrödinger’s Cat. Apparently, she looks at it whenever she needs a pick-me-up.

If you’re lucky, someone else might avail of a service that involves the rest of the crowd – so if you’re hanging around, you can be a part of it. On that first night in Manila, someone paid Daniel to tell everyone in the place a horror story.

In the end, I asked him to write me a story on an experience he’s had in Manila. As a writer, I wanted to know what it felt like to be on the other side of a negotiation I used to experience when I was freelancing.

Naming a fee was the hardest part. Having freelanced for a long time, I’ve had to face the most insulting offers – from “free exposure” to 50 centavos per word – and know very well how demotivating that can feel. I did not want to lowball Daniel. I also did not want to overspend. As we negotiated, Daniel told me the price part is also where he has the most difficulty.

In the end, I settled for P350 – and threw in an extra P100 at the last minute for a next-day deadline. Before we sealed the deal, I told him to just give me the quality he thinks is worth the fee. I wanted to know myself what he thought of how much I was paying.

Daniel sent me his piece, much earlier than the deadline I gave him. An excerpt:

It’s still dark, but there is life on every corner.
People having drinks, music here and there.
A girl is caressing the back of her friend while he throws the drinks from before out of his mouth and back to the streets.
I’m watching.
Jet-lagged, exhausted from too much traveling in not enough time.
My mind is on fire.

After reading this, I was all at once intrigued, frustrated, and ultimately, dare I say, pleased – which probably means that I got my money’s worth, though as it turns out, the money is the thing that matters least. It only took this exercise to remind me.

The last day of the Manila run of Full Service is on November 9 at the Pineapple Lab in Makati, from 6pm to 9pm. For more information, visit full-service-project.com. – Rappler.com