Nov 14, 2017 4:07 PM PHT
Rappler.com
Facebook Twitter Copy URL
Copied
'To the next Miss International, may you prove to be the best version of yourself during your reign,' says Kylie to her successor 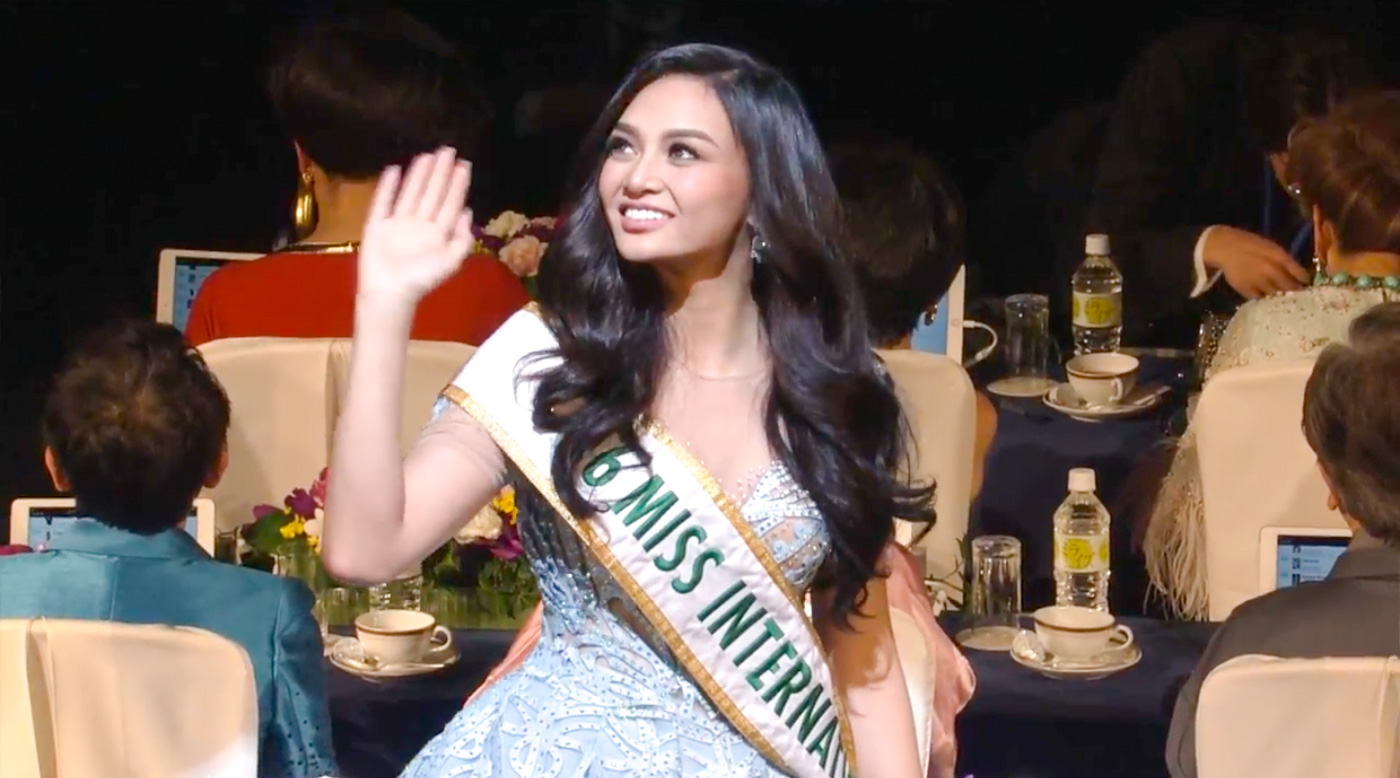 MANILA, Philippines – After her year as Miss International 2016, the Philippines’ Kylie Verzosa gave her final message as the reigning queen, bidding her succesor to do her job well.

“A year ago I earned the title of Miss International 2016 with 3 things firmly planted in my mind – culture, education, and international understanding,” Kylie said as she began her speech.

“Since winning the title on October 2016, I have been given the privilege of visiting over 15 countries in Asia, Europe, North and South America. Visiting these countries has made me embark on a cultural journey where diversity and difference are not to be regarded as barriers but as resources and opportunities for international understanding. I firmly believe that my year-long experience has strengthened my resolve that an openness to others and international understanding will expand one’s horizons. And as Miss International, I have been and will continue to be the symbol of that ideal.”

Kylie thanked the Miss International organization and her friends and family in her final speech as well: “I then wish to thank the Miss International organization for giving me and my sisters a platform to pursue our dreams. I wish to thank my friends and my family back in the Philippines, my supporters from all around the world for keeping me grounded and for your undying love and support.”

The beauty queen from Baguio City is considered as one of the most hardworking titleholders of the organization. Following her win last October 2016, Kylie became active in promoting mental health awareness, talking with various organizations such as the World Health Organization and also campaigned for the passage of the Mental Health Bill in the Philippines. (READ: Why these 3 PH personalities are mental health advocates)

She also traveled extensively during her reign, heading to countries such as Peru, Brazil, Indonesia, France, and Japan to crown their representatives for the competition.

Kylie also became an in-demand endorser. Aside from Miss Paris Group in Japan where she became the face of the company as part of her win, Kylie also appeared in advertisements for clothing brand Bayo, Wilkins juice, and Samsung phones.  – Rappler.com