May 2, 2018 7:10 PM PHT
Rappler.com
Facebook Twitter Copy URL
Copied
Clint is nominated for a Tony for 'Once on This Island' 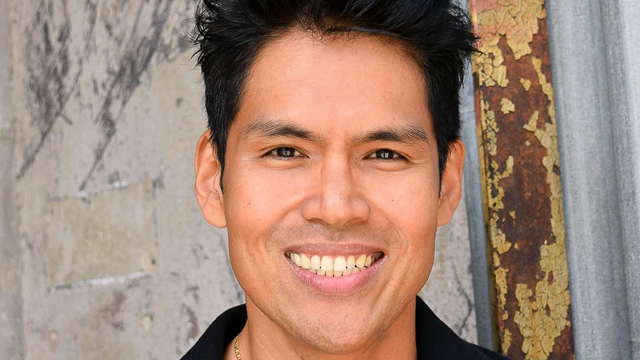 MANILA, Philippines – The nominations for the 2018 Tony Awards are in and among them is Filipino costume and set designer Clint Ramos.

Clint was nominated for “Best Costume Design of a Musical” for his work in the Broadway musical Once on This Island, the same musical that stars Lea Salonga as Erzulie, the Goddess of Love.

The Cebu-native is no stranger to the spotlight, having won a Tony in 2016, many other awards under his belt, and an impressive portfolio to boot.

Below, we get to know a bit more about Clint:

Clint was born and raised in Cebu and comes from a family of lawyers. He was gearing up for a law degree in college too, but decided to shift to Theater Arts while studying at the University of the Philippines. “I wrote my mother this long letter, which she still has today, explaining why I just couldn’t do it,” he told Playbill in an April 2018 article.

After college, he earned a Master of Fine Arts at New York University’s Tisch School of the Arts through a full scholarship from the Gary Kalkin Memorial Scholarship. There, he studied design, theater, and film for 3 years.

According to his website, he was the first person of color to win the Tony Award for Best Costume Design of a Play when he won in 2016 for his work on Eclipsed.

He’s received the Ani ng Dangal presidential medal for dramatic arts from the President of the Philippines twice.

He’s worked with Lupito Nyong’o (Eclipsed), Allison Janney (Six Degrees of Separation), and Jake Gyllenhaal (Sunday in the Park With George) among many other stars for his work on Broadway.

It’s ASAKA! MOTHER OF THE EARTH! Swipe through to see inspirations and the how we arrive at the god from a hurricane survivor/Street food cook/vendor and how her goddess of earth costume and makeup were created from the stuff around her and cooking station, her table cloth, discarded plastic flowers, her spices- saffron, coriander, turmeric! etc and of course, that vintage Atlanta Falcons Jersey!!Costume built by @jpkny.inc and makeup by @marilynjordan3596 . Distressing by Hochi Asiatico. Photos by @joanmarcus and me . Of course, effortlessly modeled by the one and only, @thealexnewell !! . . . #onceonthisisland #costumedesign #costumedesigner #trashion #unconventionalmaterials #ahrensandflaherty #broadway #theater #musical #asaka #hurricanesurvivor #designerofcolor #alexnewell

On his design for Erzulie (Lea Salonga), the Godess of Love, Clint told Playbill that he took inspiration from Filipino nurses. “She’s Filipino and we know that… the nurse profession is populated by Filpino women. So she’s in khakis and a polo shirt with the Doctors Without Borders logo, checking people out.” On her head is a headdress and veil made of a mosquito net, wires, and cables.

ERZULIE. Goddess of Love in Once On This Island. Swipe through to see how we arrive at the goddess from the nurse/storyteller and how her costume was created from the stuff around her, mosquito netting, strewn about cables, her stethoscope, etc. We also pay tribute to all the Filipino nurses, especially Natasha Reyes of Doctors Without Borders who led relief efforts in Haiti and Liberia. Costume Worn by the incomparably glorious Lea Salonga. Costume beautifully built by @katherinemarshall214 and Tricorne Costumes. USB Ethernet Cable Wire Headress built by the talented @lynnemackeystudio / Lynne Mackey. Photo by @joanmarcus . . . . . #onceonthisisland #costumedesign #costumedesigner #trashion #unconventionalmaterials #ahrensandflaherty #broadway #theater #musical #erzulie #medecinssansfrontieres #doctorswithoutborders #designerofcolor

He and his partner have a daughter named Willa. Sometimes, he dresses her in costumes too.