Namarabar: The community reviving natural dyes in the Philippines Facebook Twitter Copy URL
Copied
Sometimes, all we need to do is take is 180-degree turn to tradition and a little bit of tigi (crazy) imagination

ABRA, Philippines — After decades of polyester threads brought from China, cotton threads and natural dyes are making a graceful comeback in the textile market in the Philippines.

Many buyers are looking for organic textiles and so weavers in the Cordilleras are taking a 180-degree turn to tradition – one of which is natural dyeing.

Malatayun is the local name of the indigo plant in Namarabar, a village located in the municipality of Peñarubia, Abra. The plant can produce various shades of color blue, including purple, which was traditionally used to dye threads for weaving and fabrics, not only in the Philippines but also the rest of the world like Cambodia, Thailand, India, even in Europe and South America. 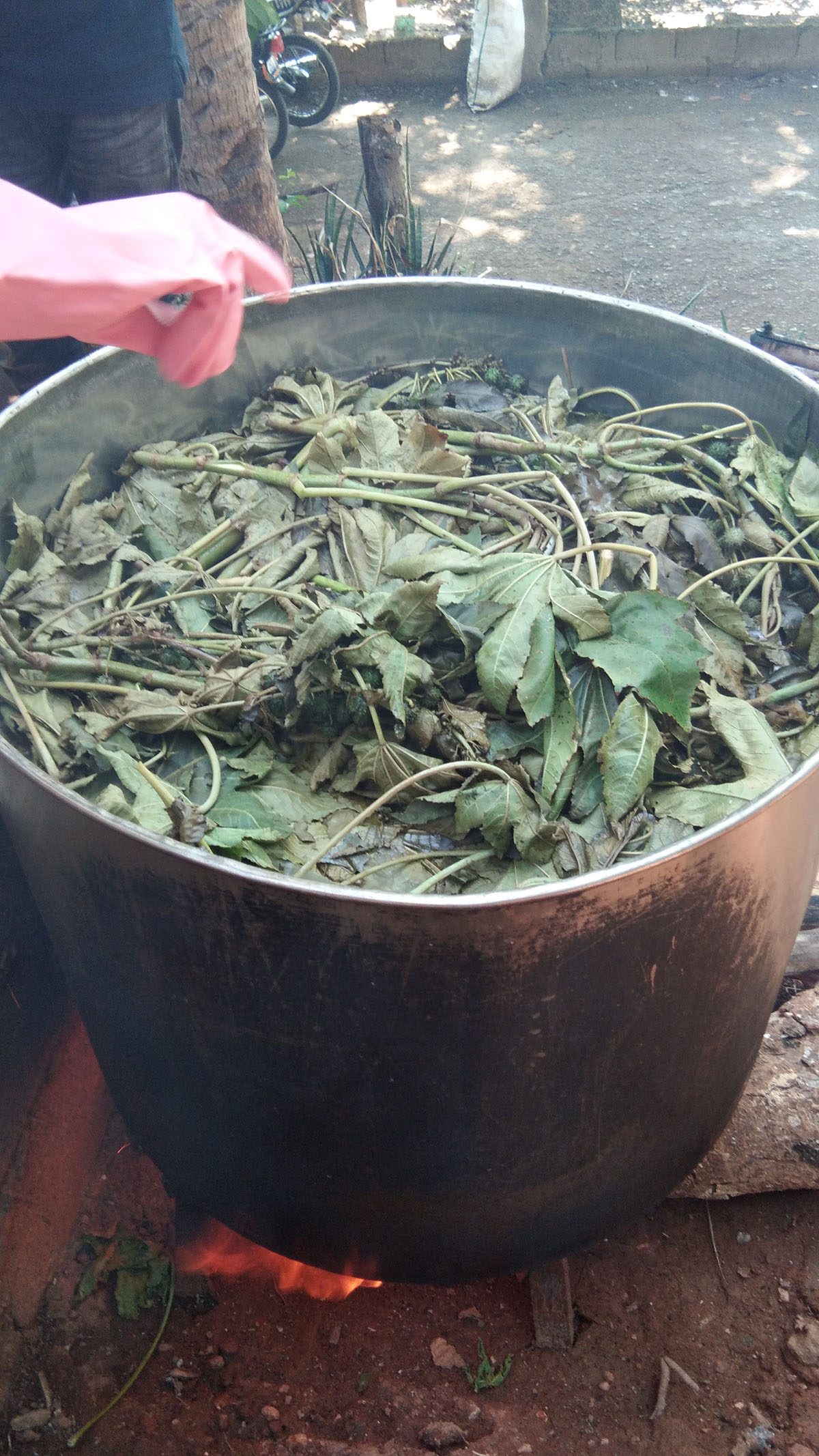 “We want to share the technique of making dyes out of the indigo plant because we cannot keep up with the demand of the market,” said Luis Agaid Jr., head of Namarabar Indigo Natural Dye Producers Cooperative and son of the late Luis Agaid Sr., a passionate natural dyeing artisan.

Luis Jr. is now spearheading the revival of what his father had been keeping as a family tradition with the seven hectares of the indigo plantation that their community maintains.

“I used to watch my father do it when he was still alive. But when he passed away, our dyeing practice stopped,” said Luis Jr. It was not after some prodding from his father’s friends in Manila that he took the step in continuing the tradition.

According to Luis Jr., the history of indigo dyeing was present in the village for as long as they can remember. The traditional way of making an indigo dye involves fermentation as compared to the process of the Philippine Textile Research Institute that does not.

First, they gather fresh indigo leaves from the farm and boil them to extract the color. When the color is extracted, the leaves are removed.

The liquid solution then is cooled down and bacteria derived from rice is added, to help ferment the color extract. The fermentation takes up to 48 hours then it is ready to use for dyeing or for making indigo dye paste or powder.

Other natural colors are also derived from plants such as sapang for pink and maroon, tawa-tawa for yellow, penpen for brown, and turmeric for a deeper yellow.

“Since we have revived the practice in 2015, it has sustained our livelihood,” said Luis Jr. Yet, his dream is not limited for livelihood alone.

“I want a revival not only of our natural colors but also of our culture and tradition,” he added.

His dream is not far from becoming true.

Recently, their cooperative was awarded by the National Commission for Culture and the Arts a grant to build and establish a School of Living Tradition which will operate come June 2018.

“We will be teaching the knowledge our ancestors passed down to us like playing of traditional musical instruments, traditional dancing, embroidery, weaving, and natural dyeing,” said Luis Jr.

Luis Jr. also highlighted the increasing interest of young people in the traditional trade. He said that sometimes he has to drive them away because they could get in the way while he is doing his thing. The revival of the tradition has also attracted artists and designers who are looking into more environmentally sustainable media.

Asao Shimura, a Japanese miniature book-maker and paper-maker who has been living in Kapangan, Benguet for 28 years is experimenting on natural indigo color and other natural color extracts not only for dyeing but also for painting. Konjac, a tuber, which is usually sun-dried and pulverized is a common food ingredient in Japan. He discovered recently that a similar plant grows endemically in Namarabar. The locals call in tigi or kamantigi.

The konjac powder is mixed with the indigo color in water to create a paste which is then ready as a paint. The mixture usually comes out sticky and the saturation of the color on paper, when painted, looks subtle.

Shimura is also teaching the use of animal glue binders such as nikaw or rabbit skin. Like the konjac, he mixes the powder with the natural color and the indigo dye. The paint, which can produce a more varied saturation compared to the konjac paint, can be used like watercolor.

A return to glory

In the book Indigo by Jenny Balfour-Paul, she said that the Philippines used to export indigo during the Spanish era.

With Abra being a textile haven because of its long and diverse tradition of backstrap and loom weaving (their designs range from the Ilokano patterns that include binakol, the Itneg exquisite embroideries, and the new and contemporary designs) and the return to natural dyeing, the future of the province in the textile industry looks promising.

And With Shimura’s research and experiments on indigo dye for painting, Luis Jr.’s vision of having Abra as the Indigo Capital of the Philippines looks like a colorful possibility.

The trade that is now supporting the livelihood of Namarabar could help improve the country’s economy. Sometimes, all we need to do is take is 180-degree turn to tradition and a little bit of tigi (crazy) imagination. – Rappler.com