From a coconut shell pierced with holes, white batter trickles in tiny waterfalls down the wok, with skillful hands slowly swirling them into a web of delicate threads. This web is then carefully folded, rolled, pressed, and fried.

The result is a golden, three-dimensional filigree called jaa among Tausugs in Sulu, lokot-lokot among neighboring Zamboangueño Muslims, and also known by other names among Muslims in other parts of Mindanao.

Tausug delicacies, as well as other cuisine in Muslim Mindanao, come with rich traditions, and sometimes, as with the jaa, much attention and detail in the cooking. 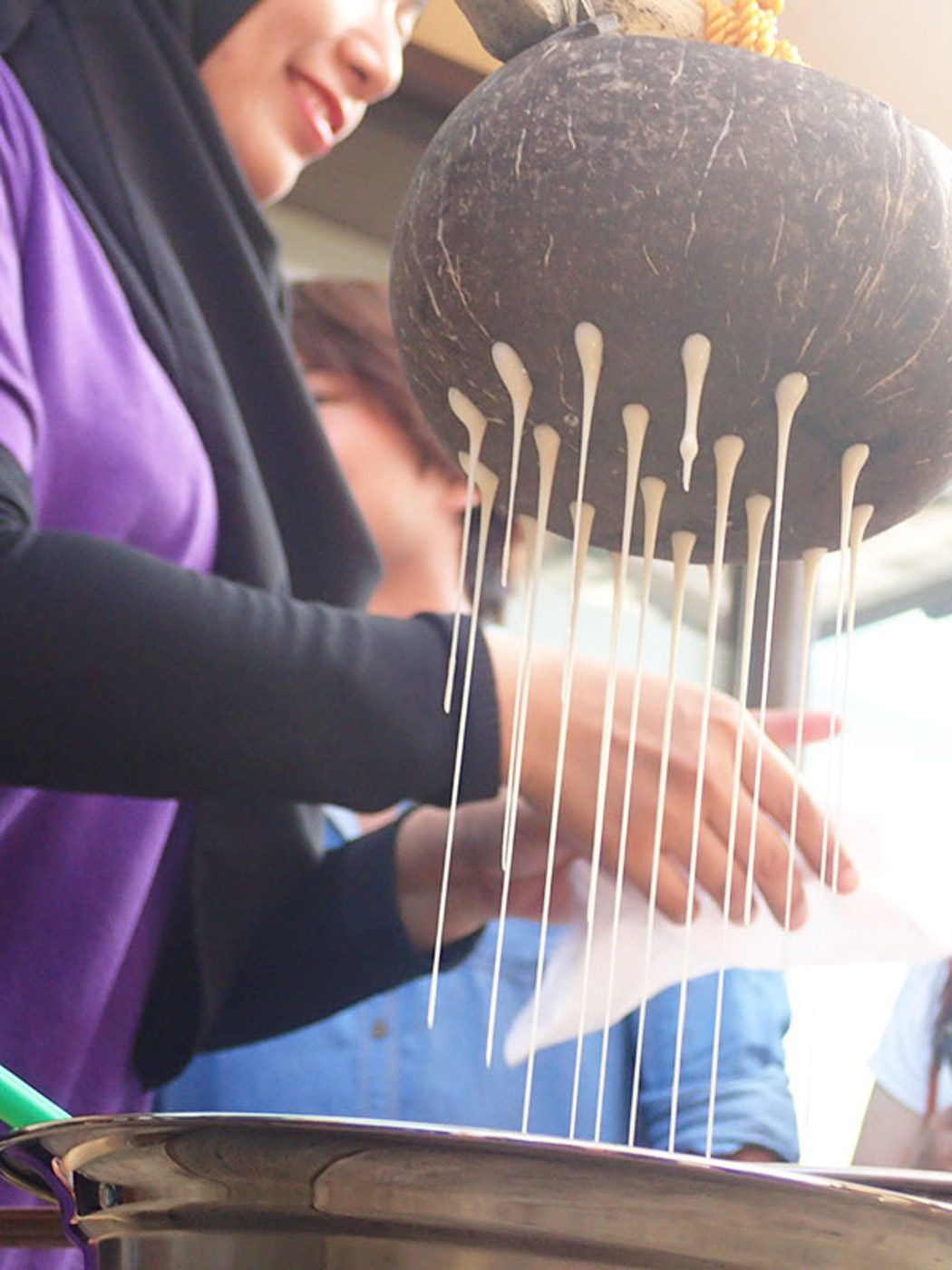 Jaa, a crispy sweet made from rice flour, sugar, and water, is usually served not as a dessert but as an appetizer in celebrations like weddings, engagements, Eid al-Fitr, and also during solemn observances like the seventh day of prayer after a person’s passing.

During these occasions, it is served as part of bangbang, which are Tausug pastries or finger food usually eaten as merienda or as appetizer. Bangbang is eaten daily among Tausugs, usually for snacks, and sometimes for breakfast and appetizers during meals, including iftar, the meal that breaks the daily fast during Ramadan. (READ: 7 tips for travel during Ramadan )

The daily bangbang does not usually include jaa, but typically includes fried bananas and sweet potatoes, and rice-based and wheat flour-based sweets.

Traditionally, in Tausug coffee shops a bangbang set is placed on the customer’s table. The customer will just then pick what to eat, and later pay for it.

In some places, bangbang food items can be ordered individually. Such is the practice at Zamboanga City’s Dennis Coffee Garden, a coffee shop founded by Tausug entrepreneur Imelda Ahalul-Dagus, and which was started over 50 years ago in Sulu by her grandmother Ubbaisa Ahalul, and later named after her grandson Dennis. Here, they also sell the jaa not just for locals but also for tourists who need not wait for special occasions to try it.

The coffee shop keeps to the traditional way of preparing jaa with a coconut shell. The coffee shop’s human resources manager, Leela Masa Kawaguchi, says that using strainers make the jaa’s batter flow down too fast, unlike with the coconut shell, where flow is more gradual. 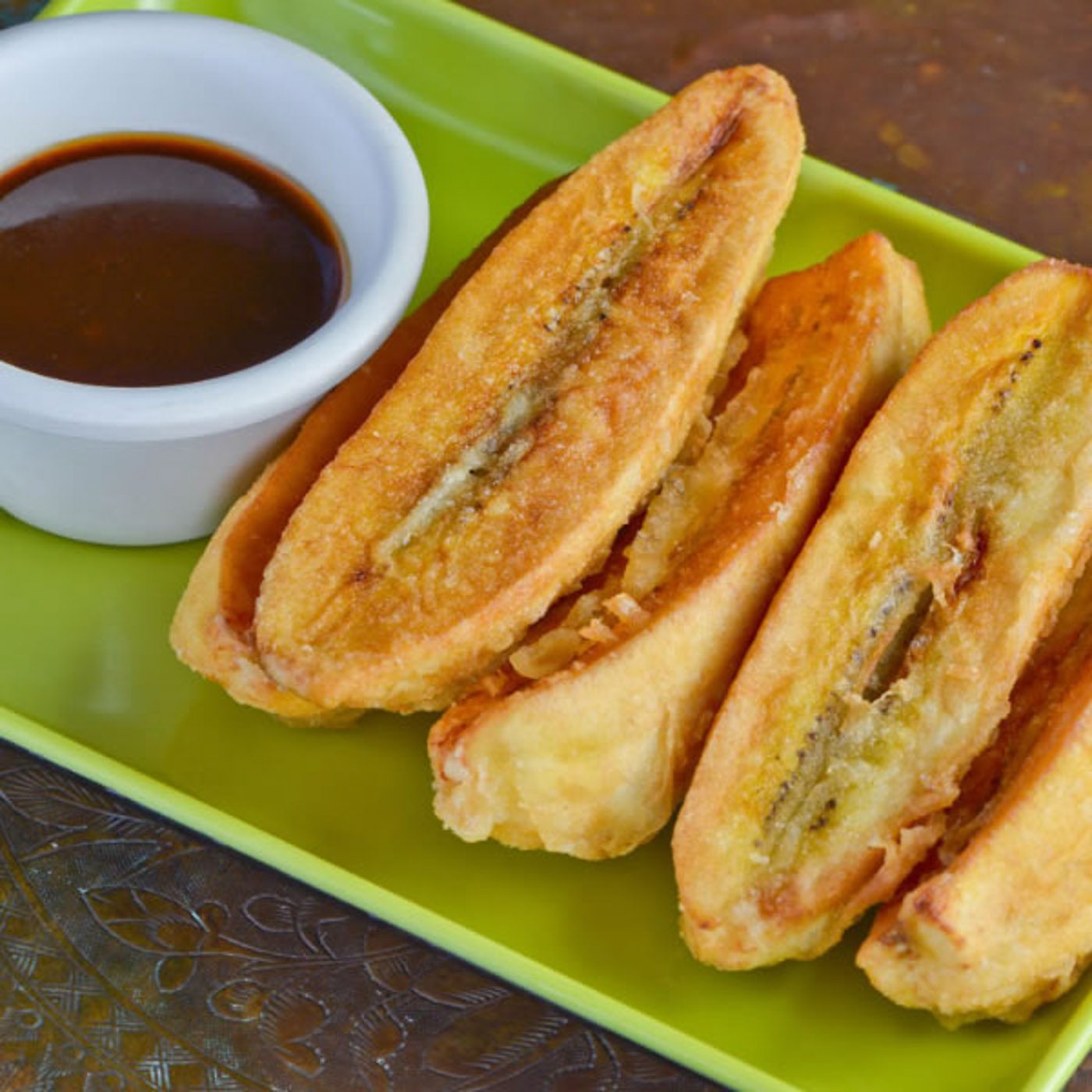 The bangbang is usually paired with native coffee from Sulu (kahawa sug).

Dennis Coffee Garden’s beans come specifically from coffee farmers in Patikul, which is known for quality Robusta beans. Tausugs are coffee drinkers – with some drinking coffee in the morning, afternoon, and evening. Coffee is usually taken with no cream or sugar. Back in Sulu, even children sometimes drink coffee, Allan Ray Juljani, a Tausug culinary student and wholesaler of Tausug spices, recalls seeing in his hometown.

The most common time for taking coffee and eating bangbang is in the afternoon, around 3 pm. Breakfast time is also common, too. Tausugs usually go to coffee shops for their coffee, and also to talk, Juljani shares. In both Sulu and Zamboanga city, the tradition of Sulu coffee and bangbang is very much alive. (READ: Beyond peace and unrest: The beauty and challenges of traveling in Muslim Mindanao) – Rappler.com 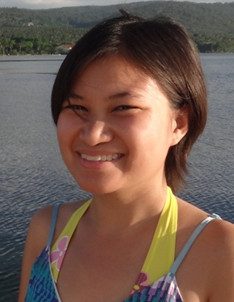 Claire Madarang is a writer, traveler, and seeker who believes in traveling light, particularly in the inner journey. She is also a researcher and documenter. Her work and wanderlust takes her to adventures like backpacking for 7 weeks and exploring remote islands and bustling cities alike. Follow her adventures, travel tips, and epiphanies at Traveling Light.