‘Rise Up Together:’ Metro Manila Pride March set for June 30 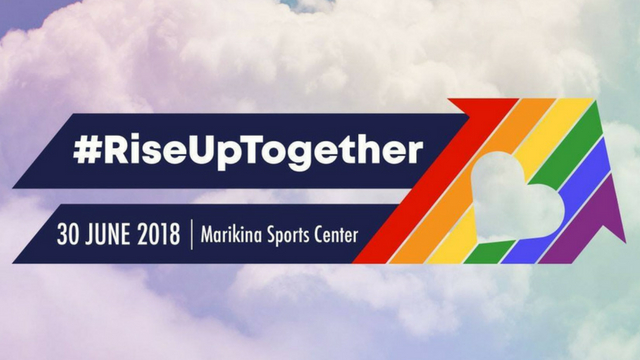 MANILA, Philippines – The rainbow flag is set to fly, with the 2018 Pride March scheduled for June 30 at the Marikina Sports Center.

The yearly event is held to empower the local LGBTQIA+ community and create a safe space for its members.

The 2017 Pride March saw a turnout of an estimated 7,700 people – including actress Nora Aunor and Senator Risa Hontiveros – who came to celebrate under the event’s theme, “Here Together,” which focused on solidarity among the LGBTQIA+ community and its allies.

Aside from a parade where people donned their most colorful rainbow outfits, there were also booths that provided free HIV testing, as well as free condoms to encourage safe sex within the community.

Metro Manila Pride has called for help to fund the P530,110 needed to successfully mount this year’s event.

According to group, the amount will cover expenses for staging and equipment, food and drinks for 300 volunteers from security personnel to performers, utilities, and other supplies such as volunteer shirts, wrist bands, signages, and a pride guide.

For more information on pride march and how to donate, visit the Metro Manila Pride website. For details on the Pride March itself, including how to register, visit the event’s Facebook page. – Rappler.com