IN PHOTOS: Learn about Bangsamoro heritage through this village If you’re visiting the Autonomous Region in Muslim Mindanao (ARMM) anytime soon, then you really should see its tribal village exhibits.

The ARMM is showcasing and promoting the region’s grandest mock tribal villages that showcase the variety of cultures, traditions, history and oneness of the Bangsamoro people.

There are many other aspects of life in the Bangsamoro that complete the picture of these people: Their arts and culture; their craftsmanship and entrepreneurial spirit; the cuisine they enjoy and the hospitality they offer to those who come to their communities in peace and with sincere goodwill.

Come and see what it is like to enjoy peace in the Bangsamoro. It is an experience that you will carry with you after you come and visit this exhibit of their tribal villages. 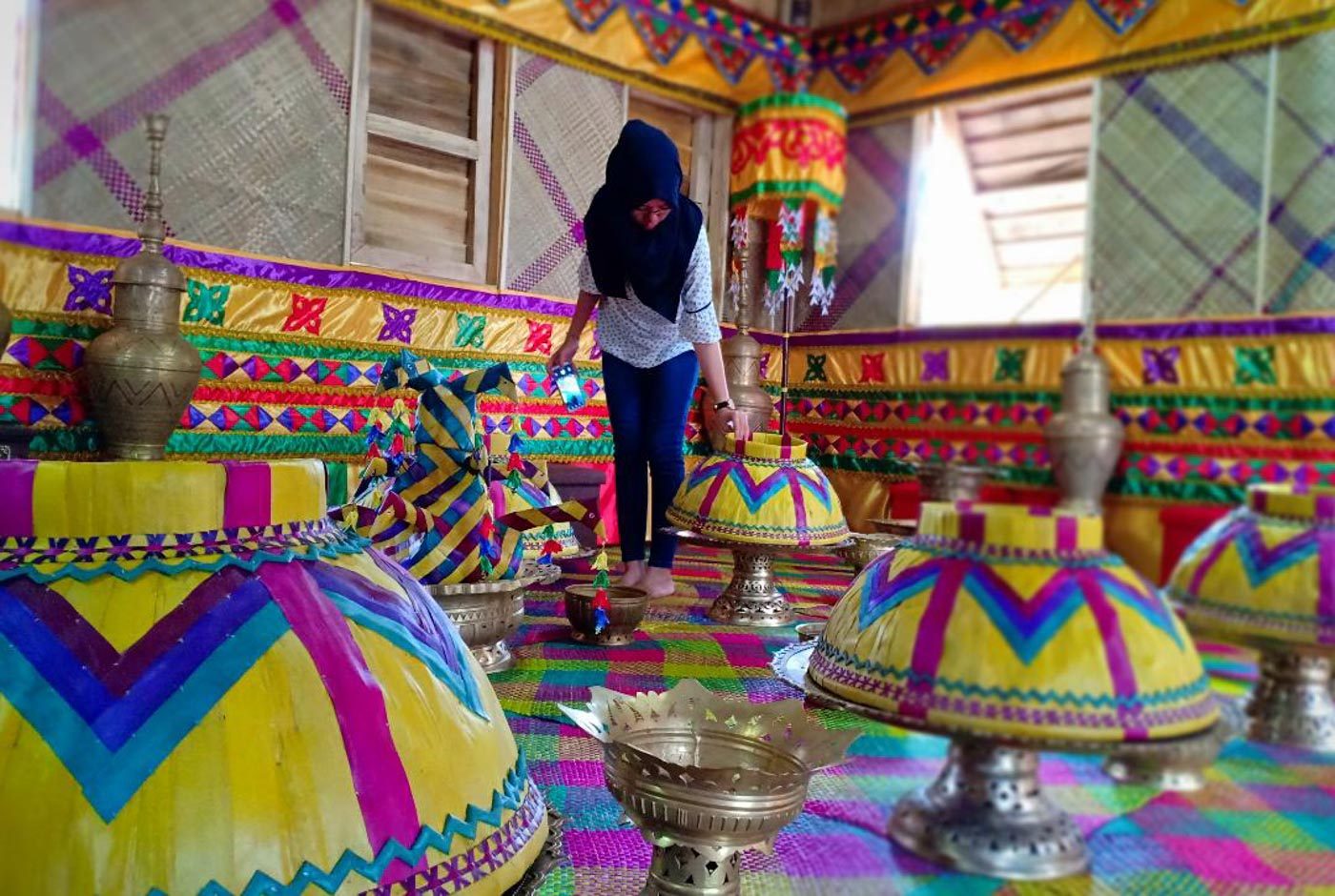 Opened to the public on June 18, the ARMM villages’ expo is right inside the Office of the Regional Governor’s Compound in Cotabato City and promises to give its visitors a snapshot of the Moro’s vast cultural heritage.

“The ARMM proved that the Moro lifestyle and heritage remain alive and relevant in the country,” said Marian Pastor Roces, an independent curator, writer, and researcher during the launching of the region’s tribal villages expo.

She said the Moro has left her fully inspired to learn more and appreciate its unique and distinguished history.

“People will experience the depth, breadth and beauty of Bangsamoro culture. We will provide them a complete image of what ARMM has to share with the rest of the world,” ARMM Governor Mujiv Hataman said.

As a symbol of unity, representatives from each of the five ARMM provinces performed their traditional dances during the launch.

ARMM is comprised of the provinces of Maguindanao, Lanao del Sur, Basilan, Sulu and Tawi-Tawi.

This exhibit celebrates the diversity of cultures of the five provinces that form part of the 29th ARMM founding anniversary: There, you can explore a wide array of traditional living, tribal communities, livelihood, heritage, arts, cuisines, and products.

Through these villages, people will learn to recognize and appreciate the similarities and the differences of Moro culture.

The Lanao del Sur village carries the tagline “Sarimanok Rising.” It also features the Torogan, House of the Sultan, where different artifacts of the Meranaws are displayed. There is also a replica there of the Bacolod Grande Mosque, and a Padian (market) that conveys the entrepreneurial spirit of the Meranaws — something that not even the Battle of Marawi last year could extinguish.

The Tawi-Tawi village is the Island Paradise, and the simplest village of the exhibits. But don’t confuse “simple” with “plain.” This exhibit mimics the pristine white-sand beaches and peaceful scenery of Panampangan, Bud Bongao and the Tabu (public market).

The Sulu Village, Pearl of Sulu Sea, has for its highlight a wooden, life-sized replica of the Astanah Darul Jambangan, royal palace of the Sultanate of Sulu. This exhibit centerpiece stands as a reminder that the Sulu Sultanate was already here before Spanish explorers reached the Philippines — and that it was already a respected and beloved monarchy centuries before the birth of the Republic of the Philippines.

This village is the largest of the five exhibit villages and is a rich mother-lode of cultures, arts, flags, handicrafts, swords, food and information. The province of Maguindanao is represented by two well-preserved artifacts: The Lantaka (cannon) and the largest Kampilan (sword). A replica of Tulugan, or the House of the Sultan, is the main attraction here, and it symbolizes the government of the Maguindanaons.

Inside the Tulugan are various ancient instruments of the Maguindanaon tribe, including Gandigan and Kulintang. There you will be able to look closely at the intricate traditional weaves of the Inaul, Tudung, and Galang. Replicas of the Quirino Bridge and Padian are also on display here.

In Basilan’s tribal village, Yakan cloth, or Tennun, is ubiquitous. The Basilan village uses the tagline “Weavers of Peace,” as the Yakans are basically weavers of peace.

Here, you can (if you arrive in time to catch it) see how a traditional house blessing is done. You will also be welcomed by the Bangsamoro’s dancers, their culinary wunderkind, the people whose smiles and warmth offer you a singular welcome.

Getting to know the Moro

The Moro is known locally for fierceness in battle — and that is a reputation that took centuries to earn. The village exhibits show what peace among Moros is like: Joyous, colorful, hospitable and kind.

These exhibits show the resilience of the Bangsamoro, speak of their dreams for peace and show how they create and share their prosperity with people of goodwill, be they Moros or not. Here, you can see the people as they are, in their traditional attire and in their natural settings.

These exhibits welcome you all into their homes. They show that, even with many stories of conflict in the Bangsamoro narrative, peace and joy are still brighter and stronger threads that its people continue to live to this day.

He urged the Bangsamoro people to value, and to share with others, these unique and diverse cultures that are part of what the ARMM has to offer.

Each exhibit village is fully interactive, with activities that are open to the public until the end of December. In a country where diverse cultures abound, Bangsamoro culture can be difficult to put front and center. These exhibits showcase the Bangsamoro way of life, allow visitors some immersion in it and open paths to elevating the discourse on where, exactly, Moros are on the Philippine map.

Here you can find for yourself the context of who and what the Bangsamoro is in relation to the Philippines by getting to know the people themselves and partaking of their cultures and their stories. Visiting Cotabato City to see the ARMM village’s expo soon? Book a place that suits your need and budget with Expedia and save when you use a promo code.