In sickness and in health: Taking care of senior cats 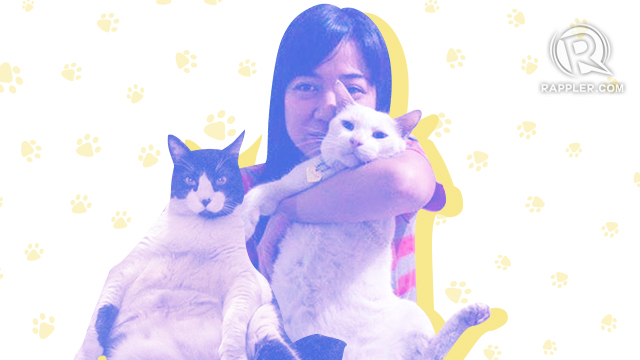 MANILA, Philippines — The internet is crawling with cat pictures. When we look at photos of cats or kittens, we usually see them at the peak of their health. And for good reason — everyone loves a hyperactive furball hellbent on destroying furniture and shoving fragile objects off tables.

I think a lot of Filipinos have yet to get accustomed to the idea of elderly cats. We’re used to cats being these semi-feral creatures that come and go as they please. Sometimes they thrive, sometimes they manage to endear themselves to their families. But they rarely hang around for long.

With groups like CARA, PAWS, and Cat Care Philippines, that attitude is slowly changing.

Cats are still jerks. But they’re also family. And like everyone in your family, you’re stuck with them for the long-haul.

My partner Tin and I have taken care of two senior cats. In the process, we’ve experienced all the joys and heartbreak you could imagine. I’ll be sharing their stories, as well as some tips on how to give your cats a happy life as they enter their twilight years.

This is Ernie. Ernie is 17 years old. When I pulled him out of an outdoor drain, he was about a week old and I was a broke college kid. I didn’t even bother taking pictures when I first found him — mainly because digital cameras weren’t widely available in 2001. And even if they were, where would I share the photos? Friendster (ugh) wouldn’t go online until a year later.

I also chose not to take pictures because, well, it didn’t look like he would make it. Ernie was this tiny bag of bones. His eyelids were held shut by a few days’ worth of dried crust. And his butt was caked in poop and other things best left unidentified.

But I stuck it out with him, and this is him today: 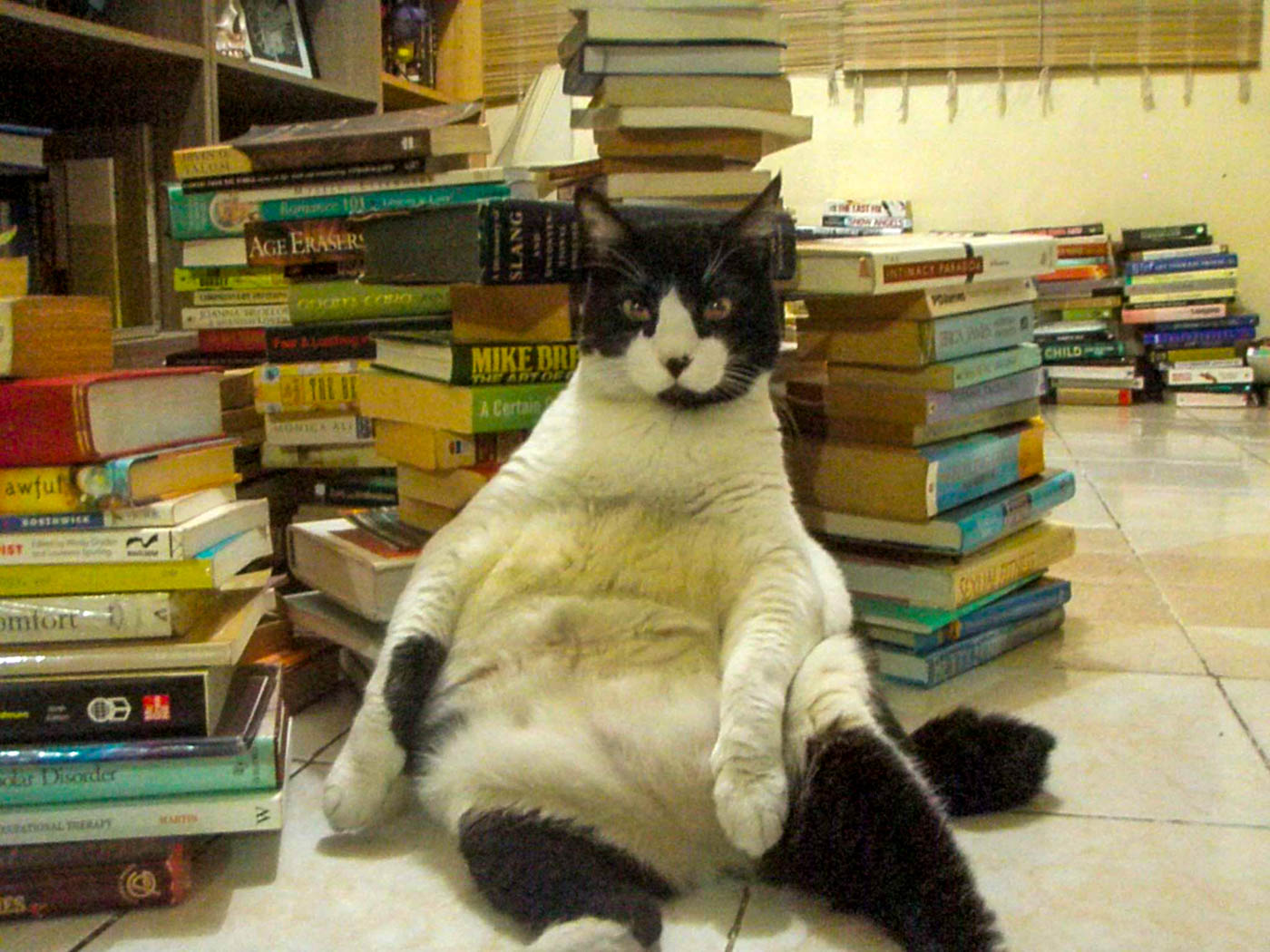 And this is Himas Bektas.

Tin rescued him when he was three years old. His then-family was pretty negligent and would often leave him outside to sleep on the street. And they refused to neuter him, thinking they would eventually use him as a stud. (They had a great sense of priorities) One night, Himas went back to the compound with a large, infected gash on his left shoulder.

Instead of coming home to his family, he chose to go to Tin, who he had taken a shine to. Tin rushed him to the vet to have the wound and infection treated (and to have his balls snipped off, finally). He eventually settled with Tin, and spent nine happy years with her.

This was Himas when Tin first found him: 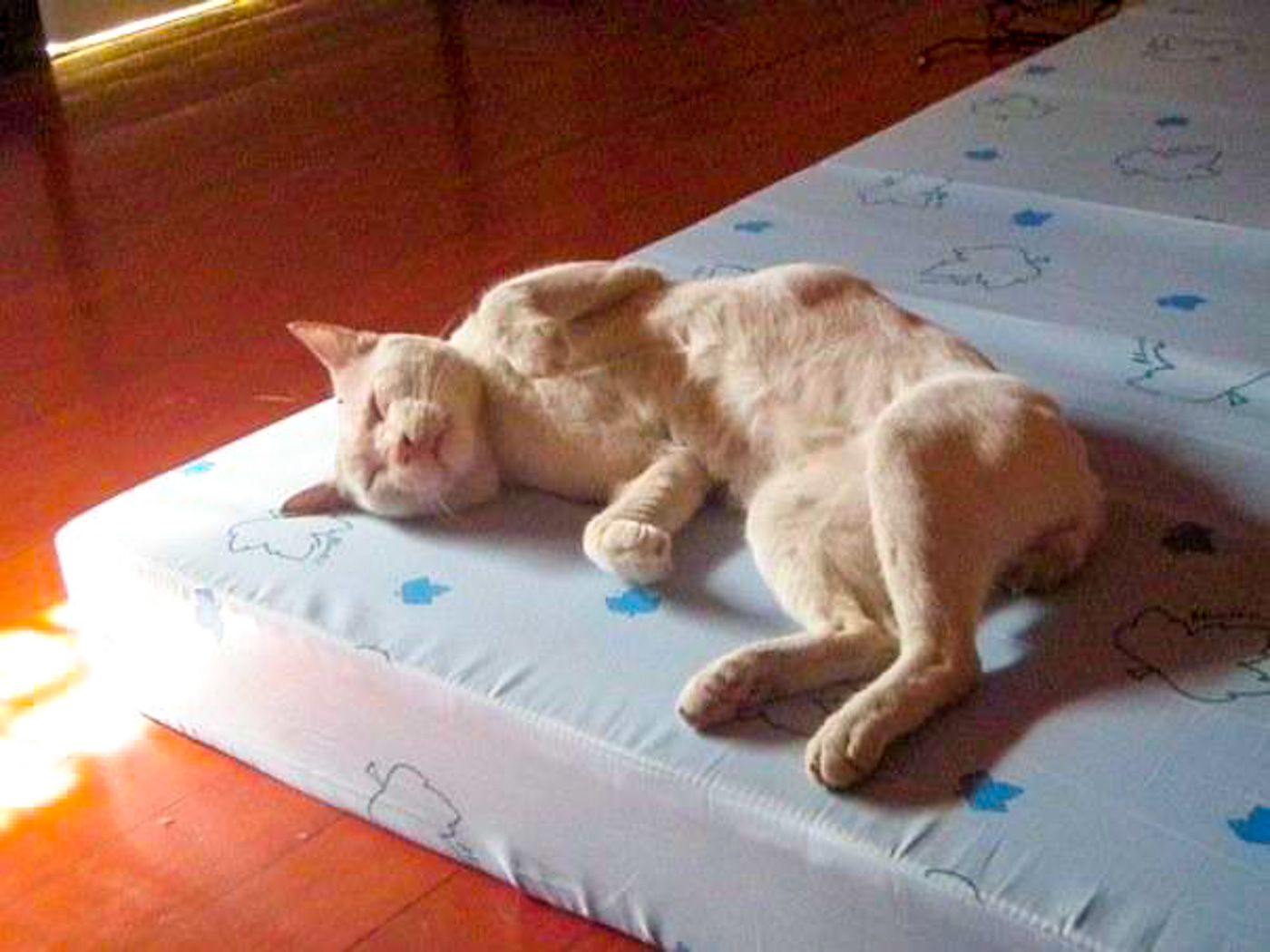 And this was him recently: 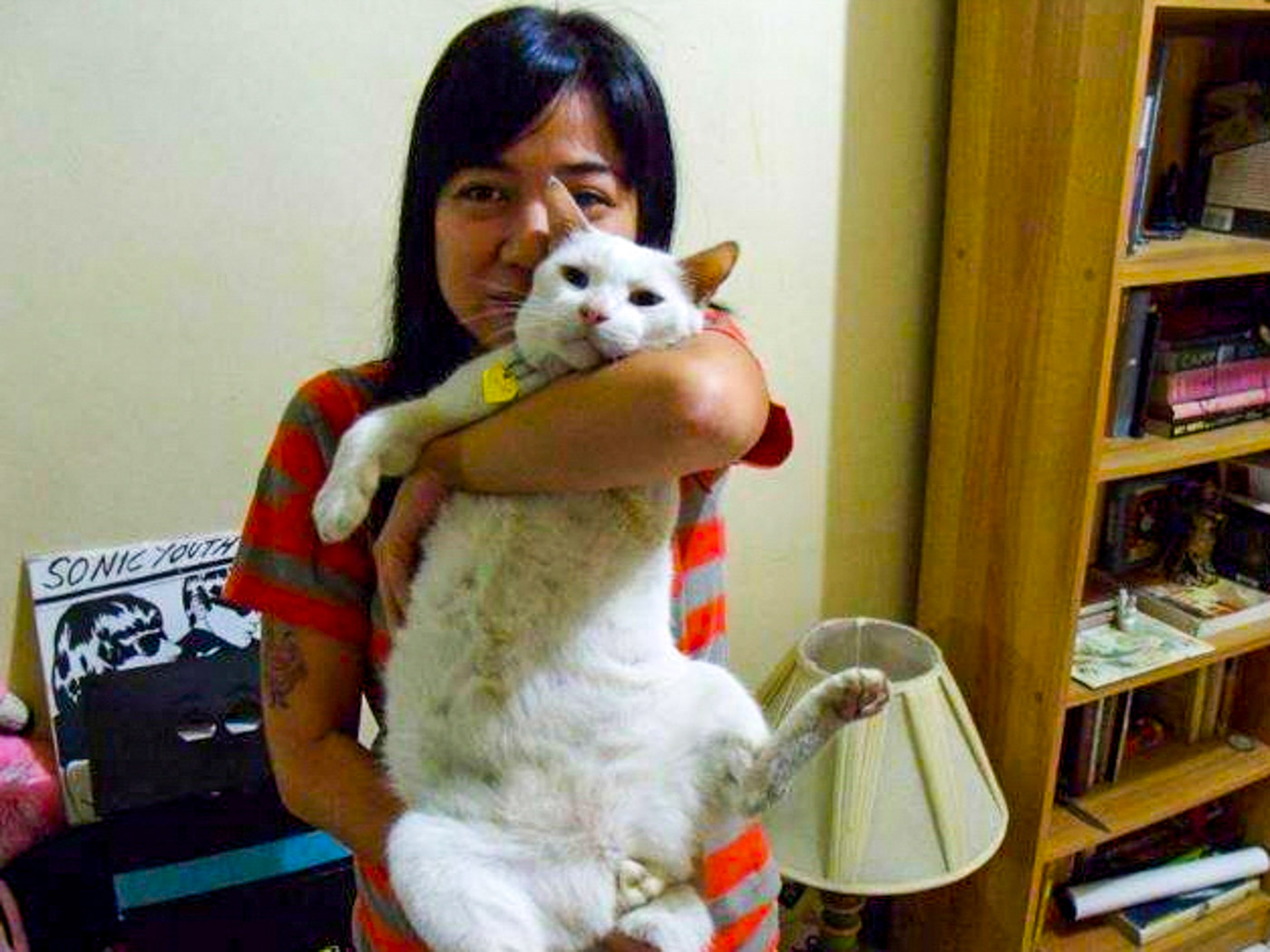 When Tin and I moved in together, we knew that our boys were getting old and would be needing special care before long. Last year, Ernie was diagnosed chronic kidney disease and Himas eventually went blind and passed away due to FIV (Feline immunodeficiency virus — cat AIDS, basically), which he contracted when he got injured so many years ago.

They wouldn’t have thrived if it weren’t for their awesome vets, but Tin and I also learned that the real work starts when you take them home from the hospital. We’ve laughed, we’ve cried, we’ve gotten covered in cat litter. We would go through it all again.

Below are a few things we’ve learned along the way.

(Oh, and a disclaimer: I’ll be sharing some bits of info provided by their vets, but always check with your own vet when making decisions related to your cat’s health.)

Early prevention and detection is key

I know it’s scary to ask your vet if your seemingly-healthy cat is at risk, but it’s a good idea to know early on if there’s anything you’ll need to look out for.

Ernie got his CKD after eating dry food exclusively for most of his life. Dry food contains less water than the canned variety, and his kidneys took a hit as a result. I sometimes wonder what his health would be like today if I had given him better food early on. If your own cat is approaching mid-adulthood, ask your vet about transitioning them to a wet food diet.

As for Himas, we were lucky to spot his FIV relatively early. (He was also diagnosed with pancreatic necrosis early on.) The early intel helped us make the necessary adjustments to his diet and give him immune system boosters. 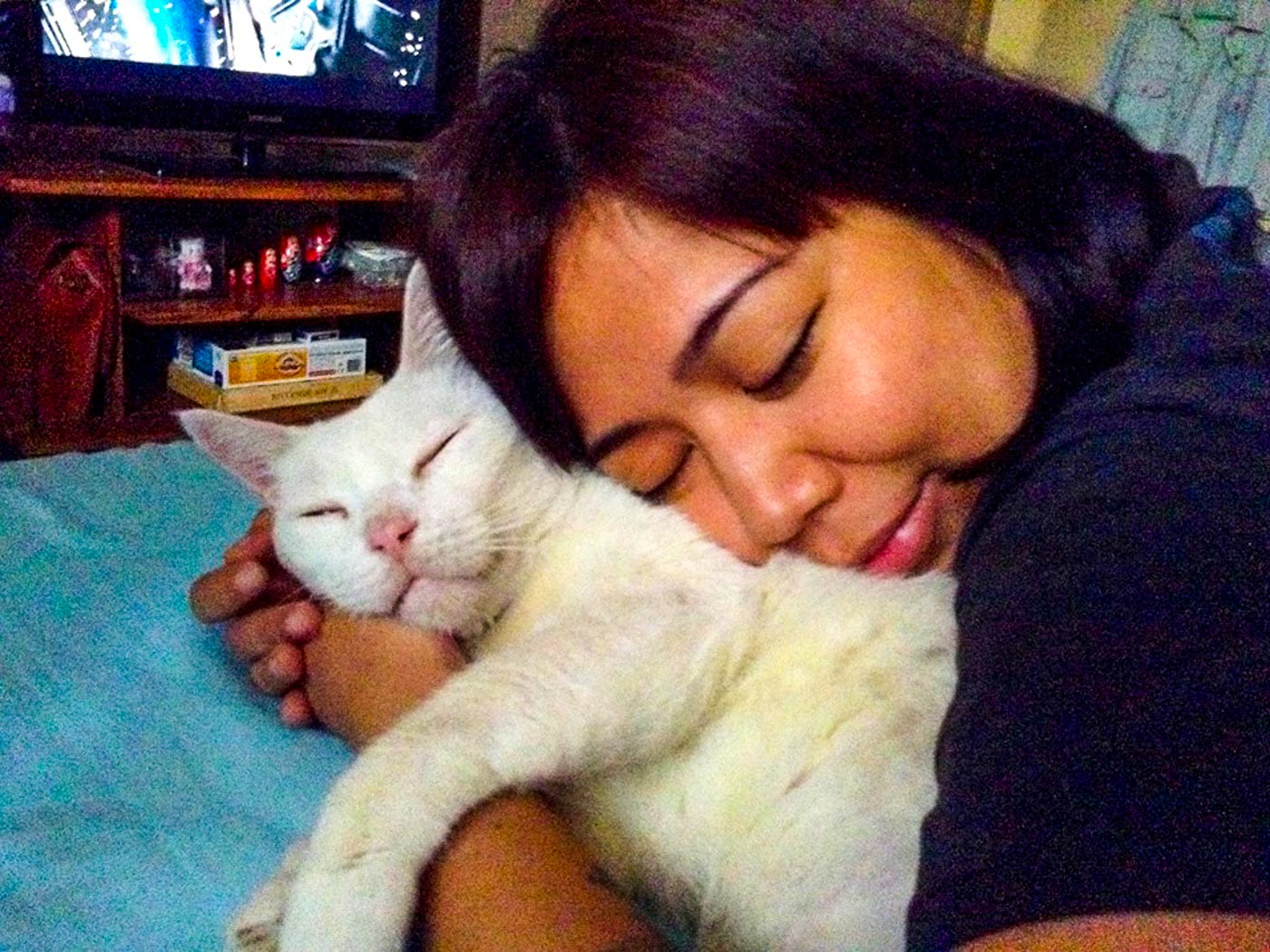 And yet both of them have lived long, joyful, contented lives. We asked our vet how they managed to make it this far. All he could do was shrug and say, “Well, you must be doing something right.”

As cheesy as it may sound, I think love made all difference. Giving them all the meds they needed helped, too.

And speaking of which…

Give them a fighting chance 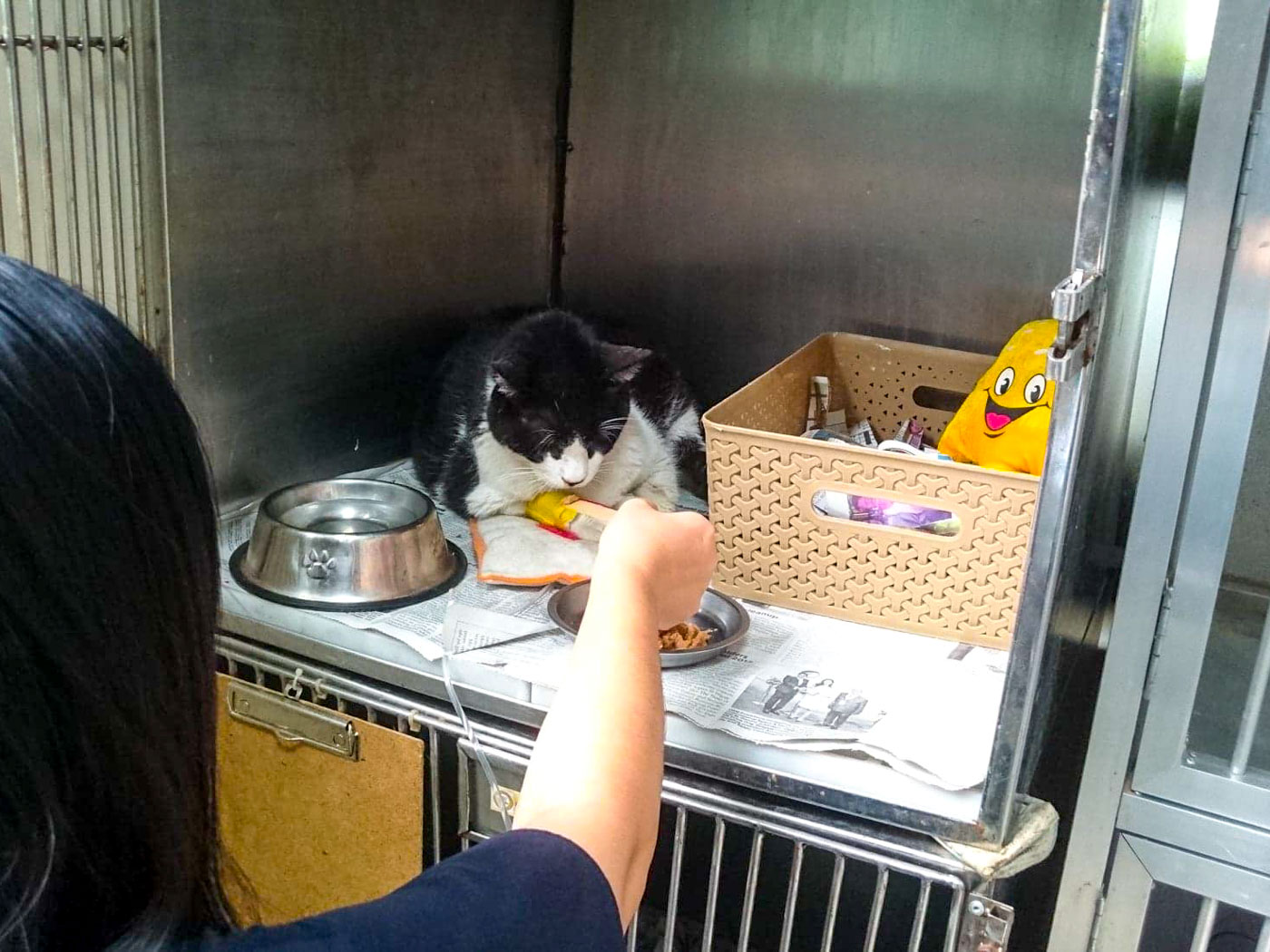 Ernie needs 250 ml of subcutaneous fluids administered daily. That is a lot. (After each session, he ends up with a big bulge on his shoulder that makes him look like Uncle Fester)

Providing all that is extremely taxing. But Tin and I talked it over, and decided to do whatever it took for our boys. We basically took our cues from Ernie and Himas. They were both fighters. It would have been a shame not to give them the care and medicine to keep them trucking. 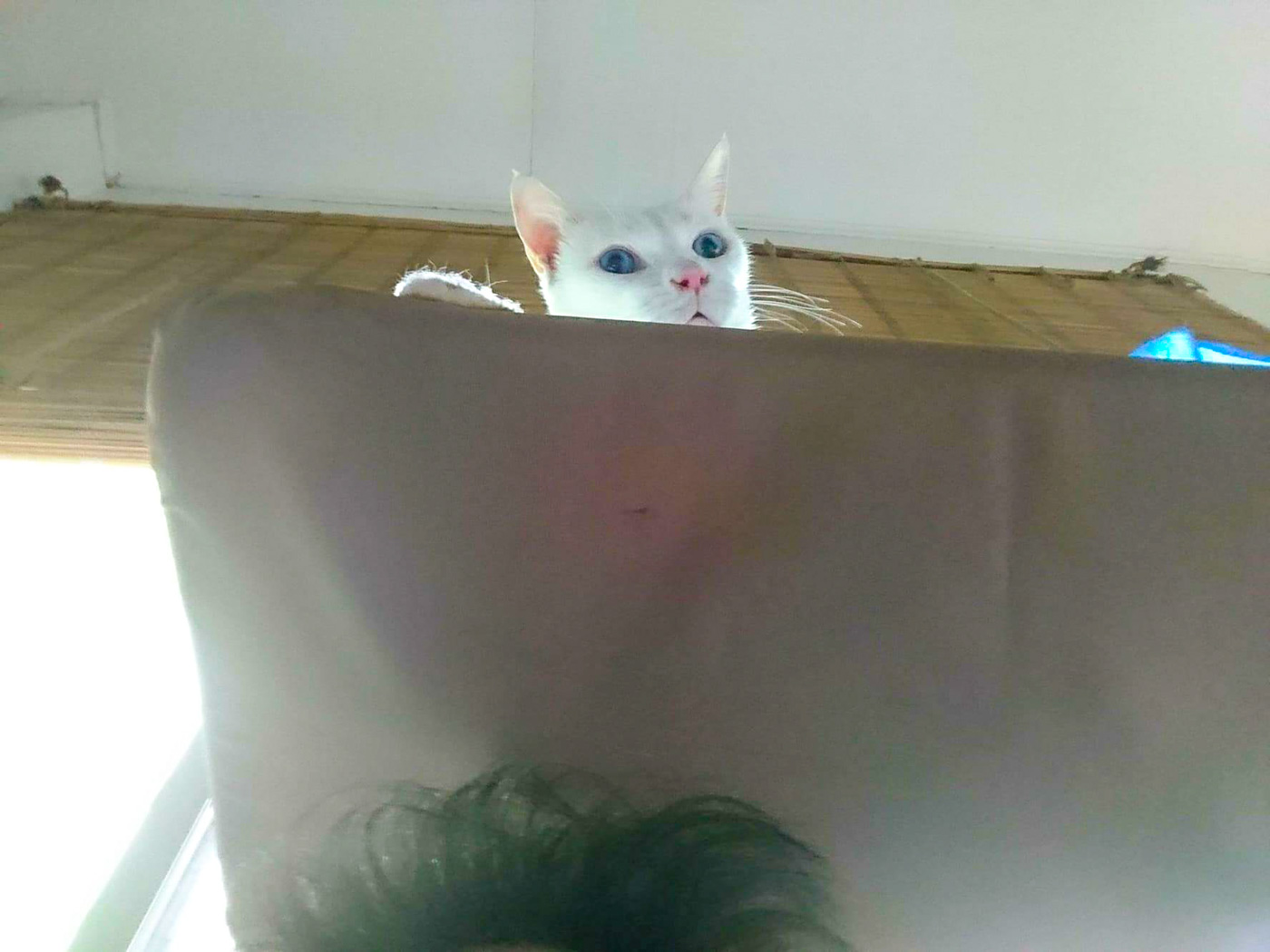 Himas was a happy, brave boy. But his condition eventually worsened, and started to affect his quality of life. We had to make the difficult decision, the one no fur parent ever wants to make.

There were moments of guilt immediately after. And those feeling still creep almost a year later.

The only thing we hold on to is the knowledge that we made every day count. We gave him everything he needed, and made him feel loved to the very end. – Rappler.com