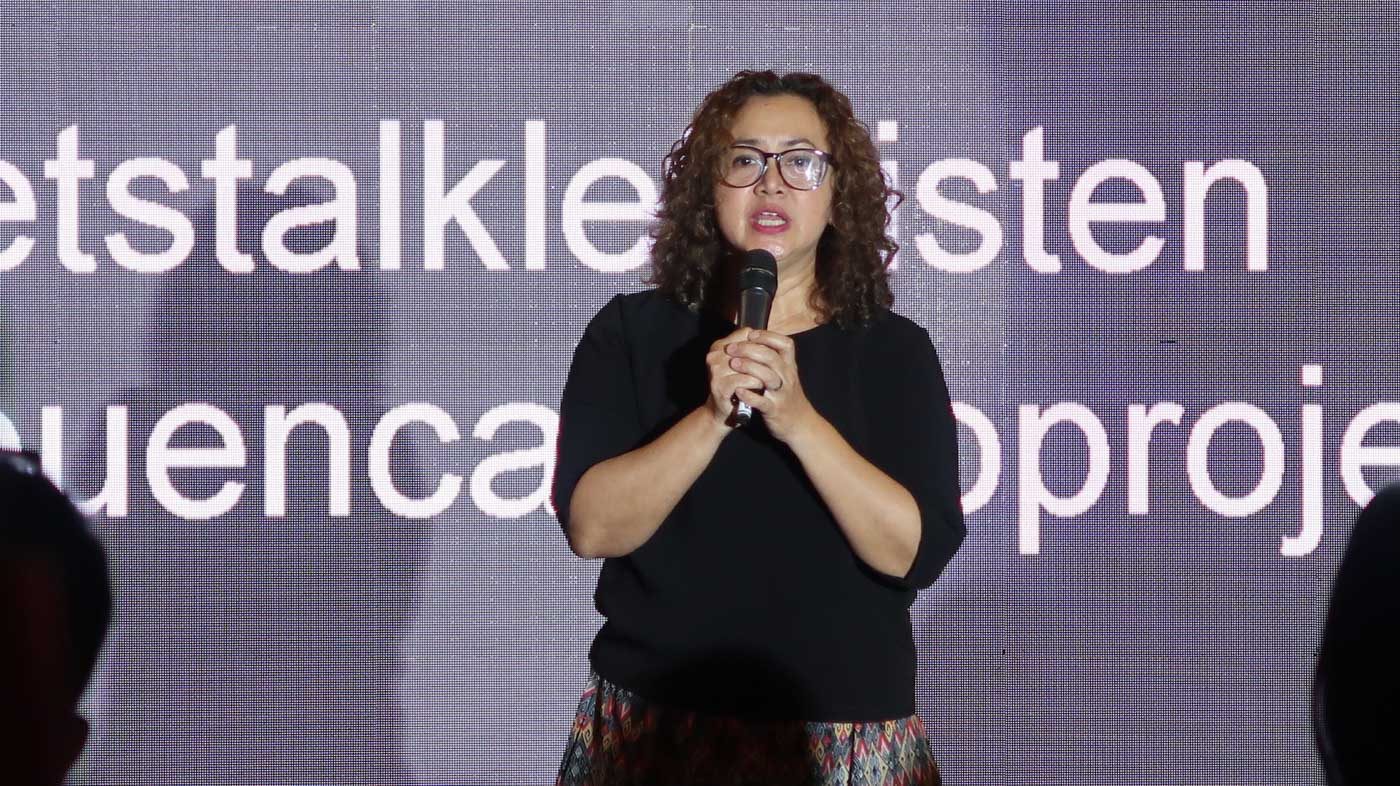 Facebook Twitter Copy URL
Copied
The Julia Buencamino project wants to build a community where kids dealing with mental illness can express themselves, without fear of judgment

MANILA, Philippines – It’s not your fault. There’s nothing to be ashamed of. We are here to listen.

At 15, Julia Buencamino, the youngest daughter of veteran actors Shamaine and Nonie Buencamino, died by suicide. “I love you and I know you love me. I’m sorry for doing this to you guys,” Julia wrote in a blog she scheduled to publish two days after her death.

Angry and confused, Shamaine recalled going through Julia’s belongings, desperately searching for answers. “I was actually mad. Why wasn’t I informed as a parent that I should watch out for this illness? Parang siyempre naghahanap ako ng masisi (I was looking for something or someone to blame),” she shared.

They soon discovered that their daughter had been battling depression since she was 12. Julia told her peers but never consulted an adult.

At one point, Shamaine and Nonie felt guilty because as parents, they thought they should have noticed that something wasn’t right with Julia – and if only they paid closer attention, she might have not taken matters into her own hands.

As they started to learn more about anxiety and depression, Shamaine and Nonie felt the need to help people suffering from mental illness. It was not easy, but they turned their pain into purpose and this paved the way for the Julia Buencamino Project.

“It’s not a role that I would do but I have no choice. It was given to me. We try to make sense of what God gives us, so this is how we’re making sense of it,” Shamaine said.

Their vision is to build a community where children suffering from mental illness can experience complete acceptance, build a space where they can be at their most vulnerable, free of judgment and fear.

“It’s about building a community that gives support to the kids, making them feel they are accepted even if they are broken. That it is alright to have mental condition and feel that you are accepted and it is not something you should be ashamed of.”

The past 3 years, under the Julia Buencamino project, they have been going around schools, companies, and private organizations, talking about the importance of mental health.

The recent death of fashion designer Kate Spade and celebrity chef Anthony Bourdain started to get more people talking about the grim reality of mental illness. In a country where its citizens take pride in being among the “happiest” in the world, issues like depression and anxiety are often swept under the rug.

News anchor and mental health advocate TJ Manotoc, however, believes that, more than anything, it’s about starting a conversation. The Philippines is still the world’s social media capital. For 3 years in a row, Filipinos lead in terms of social media usage, with the average user spending 4 hours every day on social media, mainly Facebook.

Social media is highly addicting. The rush of dopamine we get from likes and comments, even from random strangers, are reportedly more addicting than gambling, cigarettes, or alcohol. Several studies found the correlation between social media addiction and the rising case of depression and anxiety, especially among the youth.

“You’re so pressured to live up to this facade of living a perfect life, being on social media, having the best outfits, showing everyone that you’re okay when you’re not,” said Isabelle Daza, as she candidly talked about the ugly side of social media. “When you go home, you’re so discontented with what you have – even though you have an amazing life – because social media does that. It generates this jealousy and it generates this ‘I’m not good enough’, ‘ I’m not as pretty’, ‘I’m not as thin’, ‘I’m not traveling as much,’ and you have this anxiety,” she shared.

“With me, I felt I need to be relevant, I need to be talked about, I need to post something today otherwise people will forget me and I won’t have a career. It’s a lie that traps you,” Isabelle added.

For Isabelle, what helped her get through it was the support she received from her family and friends.

“I know that feeling of wanting more, never feeling satisfied and always wanting to have what another person has. If I didn’t have an amazing husband, my friends, amazing family who said you don’t need that to be happy you just need to be grateful. I don’t know where I’ll be,” she said.

As an advocate for mental health, Isabelle wants to use her platform to encourage people to speak up.

“Let’s remove that stigma that this is something to be ashamed of because its not. This is something that needs to be talked about and people need to be heard and maybe we can save a life,” she said.

“Will You Still Love Me,” which is scheduled on July 14 at the Whitespace Manila in Makati, is a free event that will showcase experiential art and music, as well as conversations that explore the tools to care for people that struggle with mental health.