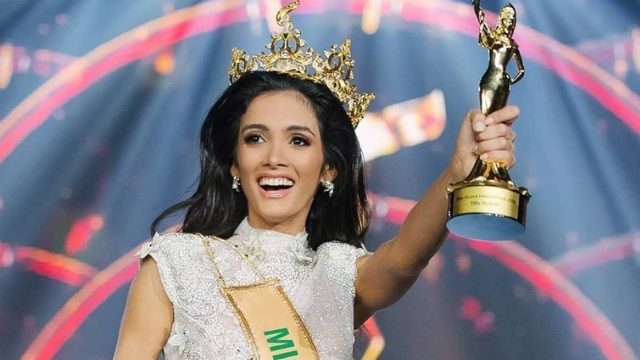 MANILA, Philippines – In a crowning moment almost as memorable as Steve Harvey’s 2015 Miss Universe flub, Paraguay’s Clara Sosa fainted on stage right after she was announced as the new Miss Grand International 2018.

India’s Meenakshi Chaudhary, who was among the final two and had been holding Clara’s hand at the announcement, looked visibly alarmed as Clara fell. Several people also rushed on stage to help her. At any rate, Clara was able to recover quickly to receive her new crown.

Clara won her title at the coronation night in Myanmar on October 25. She succeeds Peru’s Maria Lora Jose.

The Philippines’ bet Eva Psychee Patalinjug – who notably slipped on stage during the pageant preliminaries – exited the competition early. – Rappler.com