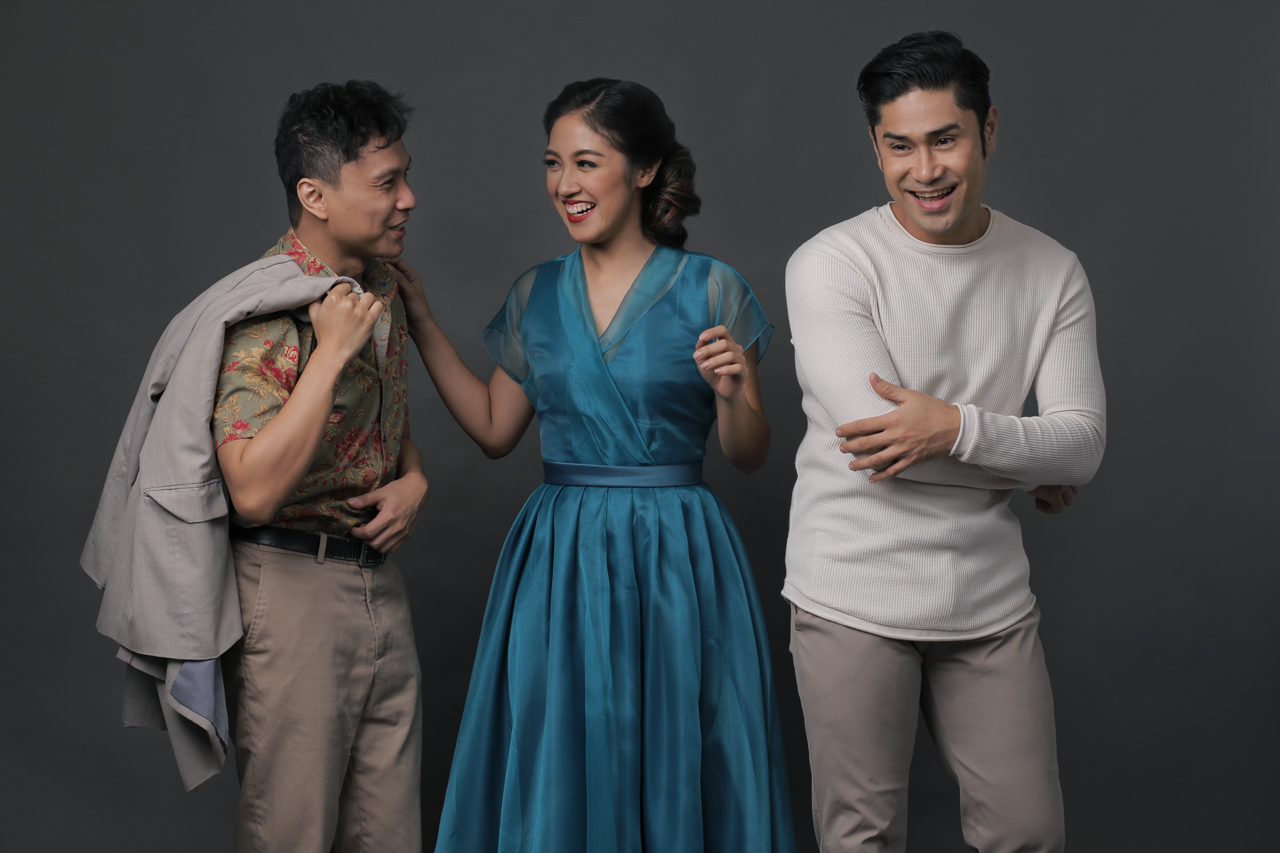 Mula sa Buwan, the acclaimed musical by writer-director Pat Valera and composer-lyricist William Manzano is back for a new and limited sixteen-show run. Showing at the Areté: Ateneo’s Creative Hub, the production brings new and returning cast members together.

Based on the 18th-century play Cyrano de Bergerac, Mula sa Buwan takes place in Manila just before the onset of World War II. It tells the story of the eloquent Cyrano, his squad of musically-inclined cadets, and their various relationships. The focus of the story is Cyrano and Roxane’s connection. The two grew up together, but Cyrano harbors a secret love for his old friend. This secrecy is sustained by Cyrano’s insecurity over his defining physical trait: an overly long nose.

As with most insecurities, Cyrano’s schnoz can be both a source of inspiration, and a source of shame. That nose becomes the subject of many a musical number and wily quip. And when it comes to musical numbers, Mula sa Buwan goes all-out. Valera and Manzano spared no creative effort to portray these cadets as the ebullient songsters that they are. 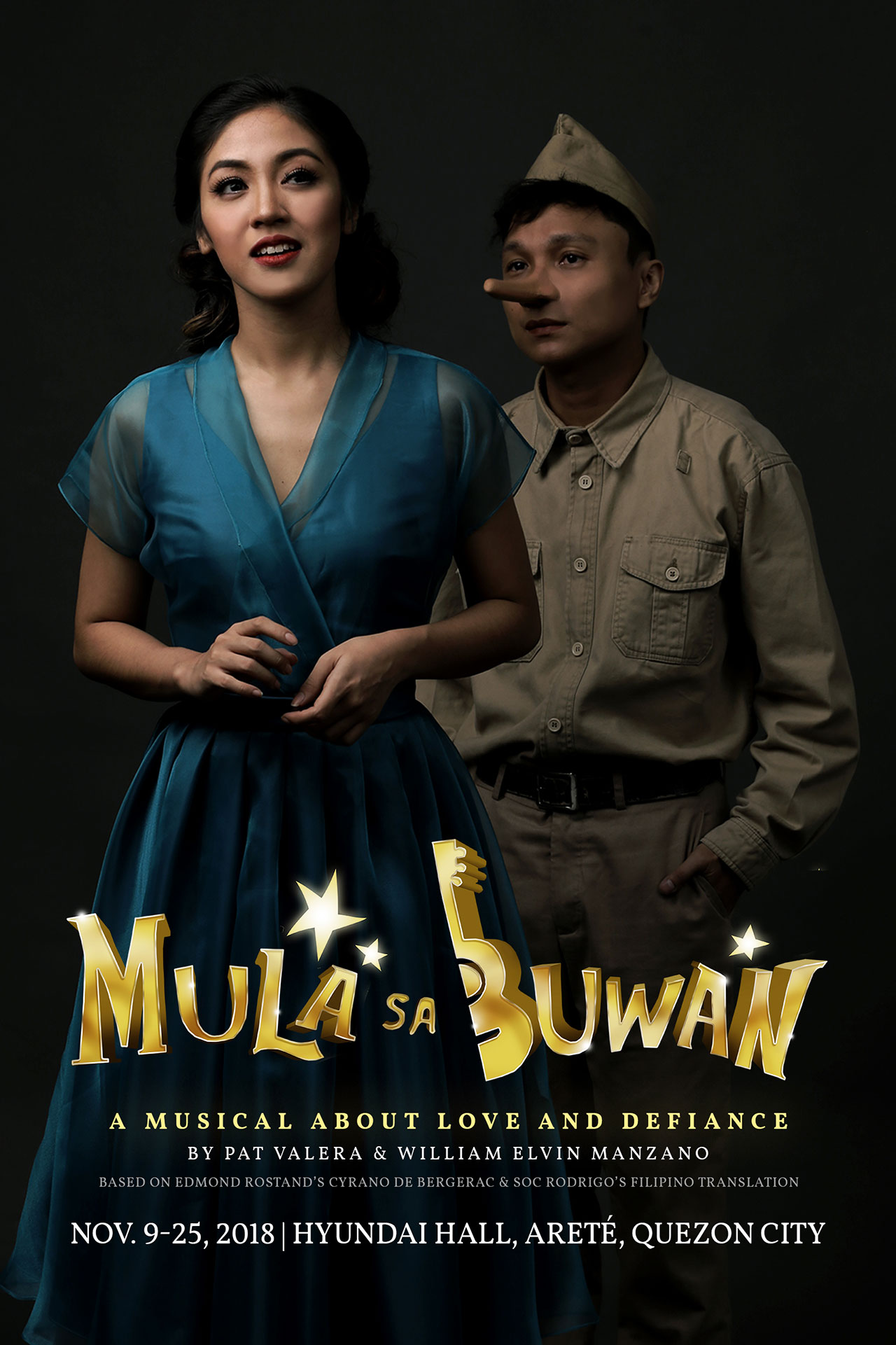 At times, the production leans heavily towards bombast and spectacle; the larger scenes with the entire chorus onstage are meant to show both the cadets’ panache, and Cyrano’s gift for words. But Cyrano himself is not a bombastic character. Mula sa Buwan is at its strongest when quietly examining the relationship between Cyrano and Roxane — or specifically, Cyrano’s pining for Roxane.

When dealing with his love for Roxane, Cyrano opts to fade into the background, at times literally.

When Roxane excitedly confides in Cyrano that she had developed an infatuation with the new cadet Christian, Cyrano is taken aback. Ostensibly because Christian is a square-jawed bimbo, but in truth, because Cyrano badly wants Roxane’s affection.

When Cyrano and Christian first meet, there is a bit of macho posturing. But when Christian laments his lack of verbal skills, Cyrano decides to offer his assistance. Christian happily agrees. And thus begins a strange relationship between the two: Cyrano feeds words, poetry, and song lyrics to Christian. The new cadet is prone to mucking up the words being given to him, and his general dunderheadedness makes for some great comedic scenes.

There’s more to these scenes than mere gimmickry and novelty. The collusion between Cyrano and Christian raises some pretty interesting questions.

For the romantic, it asks: is love by proxy one of the purest expressions of love? For the pragmatic person, it asks: why the hell are these two knuckleheads deceiving an innocent person?

Both questions eventually led me to the same conclusion: this can’t end well.

Unrequited love in the time of war

Mula sa Buwan is fairly lighthearted during the first half, but the musical takes a darker turn when war finally breaks out in the country. Cyrano’s squad, including Christian, leaves Manila to train in Bataan. Cyrano writes daily letters to Roxane on Christian’s behalf, supposedly to help the couple deal with the distance between them. But those letters were also meant to help Cyrano salve his own longing and desolation. As the war rages on, violence and paranoia take their toll on the entire squad.

If Cyrano’s early poems and songs were full of playful affection and fancy, his letters deep into the war take on an increasingly elegiac tone. When Roxane eventually visits the front, she has a deep concern for Christian, and a merely platonic one for Cyrano. It’s pretty devastating, seeing Christian receive all the affection for the letters Cyrano wrote. Eventually, Christian, in a rare moment of clarity, realizes that Cyrano indeed loves Roxane, and was writing those letters as himself all along.

On the surface, Mula sa Buwan is about unrequited love, and it definitely dishes up plenty of sentimentality and sorrow. But the most fascinating thing about this musical is that it also shows the aftermath if Cyrano and Christian’s deception. When — spoiler warning, although you probably saw this coming — Roxane finds out about the scheme, Valera and Manzano give the character ample space to assess what had just taken place.

After the veil is pulled aside, she and Cyrano don’t automatically end up together, as you would expect from typical romantic comedies. That would have been a cheap and unsatisfying resolution. Instead, the two characters grieve and crumble beneath the weight of both the deception and the war.

Mula sa Buwan is really about consequence, of pieces falling apart, and how people put their lives back together. – Rappler.com 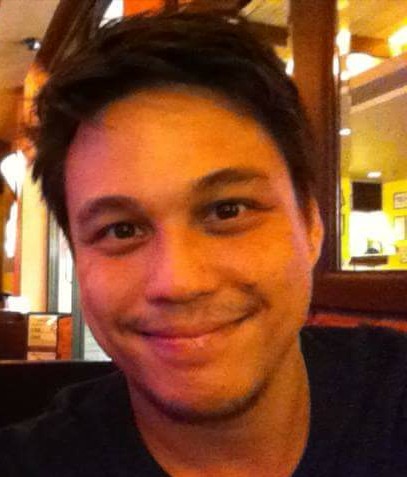