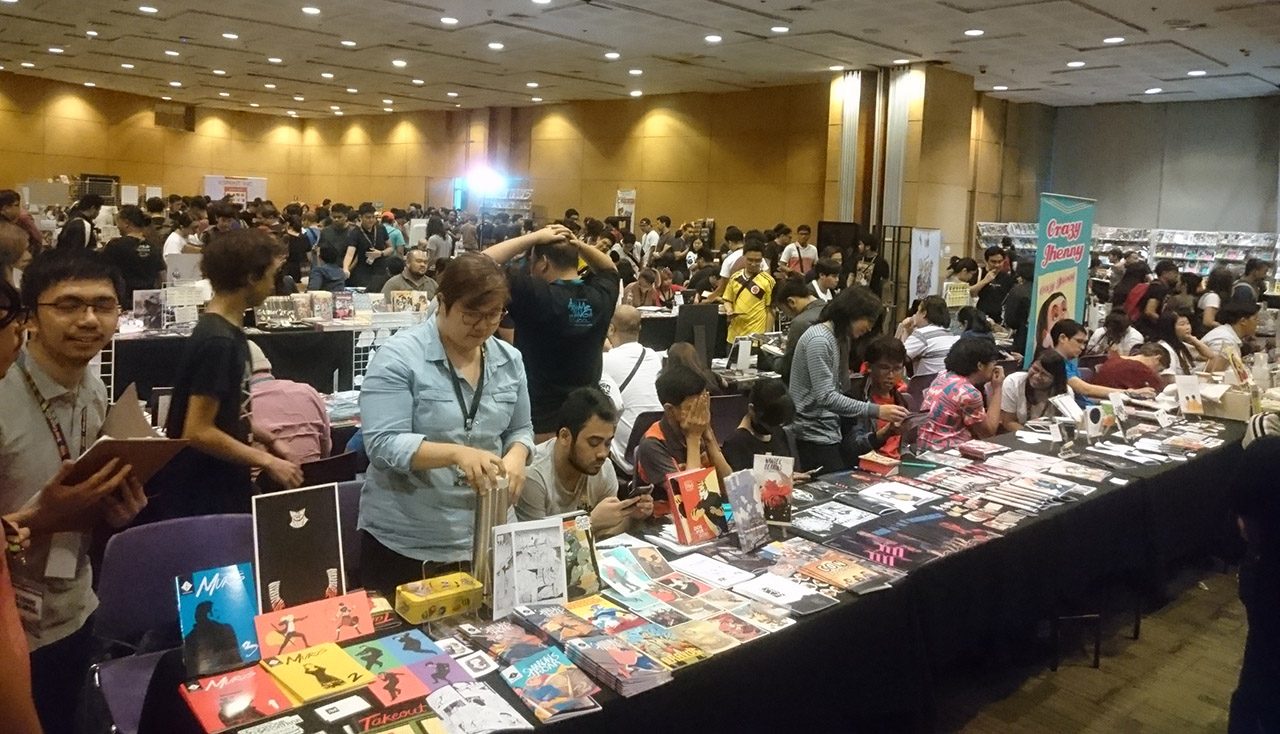 MANILA, Philippines — Komikon 2018, which was held from November 17 to 18 at the Bayanihan Center in Pasig City, is one of the most important events for both established and upcoming comic book creators.

This year’s featured artists included illustrator Raymund Bermudez (Amazing Spiderman, JLA 3000, Klarion), Hulyen (UGH), and D. Borja (Hunghang Flashbacks). With all the cool things happening at the event, it may be a bit overwhelming trying to decide what to check out.

To help you make sense of this cavern of geekdom, here’s a list of things to do and check out at Komikon: Get stuff signed or sketched by international comic artists

Komikon has a fully stacked artist’s alley (called the “Komiks Kalye” here). The area gathers a group of internationally-renowned local artists, who are on hand to sign your comics and even bang out a quick sketch for you.

On day one, fans got to meet another notable artist, Lan Medina (Aquaman, Fables, Aria) who was seated at the Comic Odyssey tables inside the main hall. There’s no shortage of mainstream comics being sold by some of the larger comics retailers in the country. But the soul of Komikon is definitely its independent creators. A large number of exhibitors are from the independent comics scene.

A lot of new books are debuting at the event, such as Stay: 21 Stories, an anthology from upstart publishers Good Intention Books and Comic Book Lab. Whether you prefer mainstream or independent comics, make sure you throw your support behind your favorite shops and creators!

Get the new Kikomachine book!

There can never be enough Kikomachine books. Luckily, the 14th book in Manix Abrera’s much-loved series, titled Alaala ng Kinabukasan, was being launched at the event. Manix was on hand to sign copies of the book, and his booth easily had the longest lines in the convention. (It shouldn’t be too big of a hassle for people who simply want to zip in and out with an unsigned copy.)

If you’re new to Kikomachine Komix, expect lots a surreal mix of philosophical and low-brow humor. Now’s the perfect time to hop aboard the Kikomachine train and become Hardcore!

The classic series DI-13 is being relaunched at Komikon as a commemorative collection. DI-13 was originally serialized in Pilipino Komiks during the 1940s. The crime drama, which was helmed by the writer-artist team of Damy Velasquez and Jesse F. Santos, was part of the first wave of Filipino comics to be heavily inspired by American comics and culture.

It tells the story of Agent Trese (not to be mistaken for Alexandra Trese, from Budjette Tan and Kajo Baldisimo’s Trese series), and recalls the American pulp magazines of the time.

A brand new version of the comic is also being launched. The new DI-13 is being written by the original creator’s grandson, Damy Velasquez III and illustrated by Rico Rival, who has worked with both Marvel and DC. The new series will also have a whopping 13 variant covers by different artists. Participate in talks and workshops

Comics isn’t a spectator sport; it encourages community participation, whether as writers, artists, or publishers.

Another SKP officer, Andrew Villar (creator of Ambush Comics) provided a scriptwriting workshop for attendees during the first day. Leinil Yu, the acclaimed artist for Marvel titles such as Captain America, Wolverine, and the Indestructible Hulk, was also present that day to give a drawing demo and talk.

This year marks the 40th anniversary of the Samahang Kartunista ng Pilipinas (SKP). The long-standing organization boasts of notable comic and editorial cartoonists within its ranks.

At the Komikon, the organization exhibited works by newly-minted National Artist For Visual Arts Larry Alcala (who also happens to be one of the group’s co-founders). 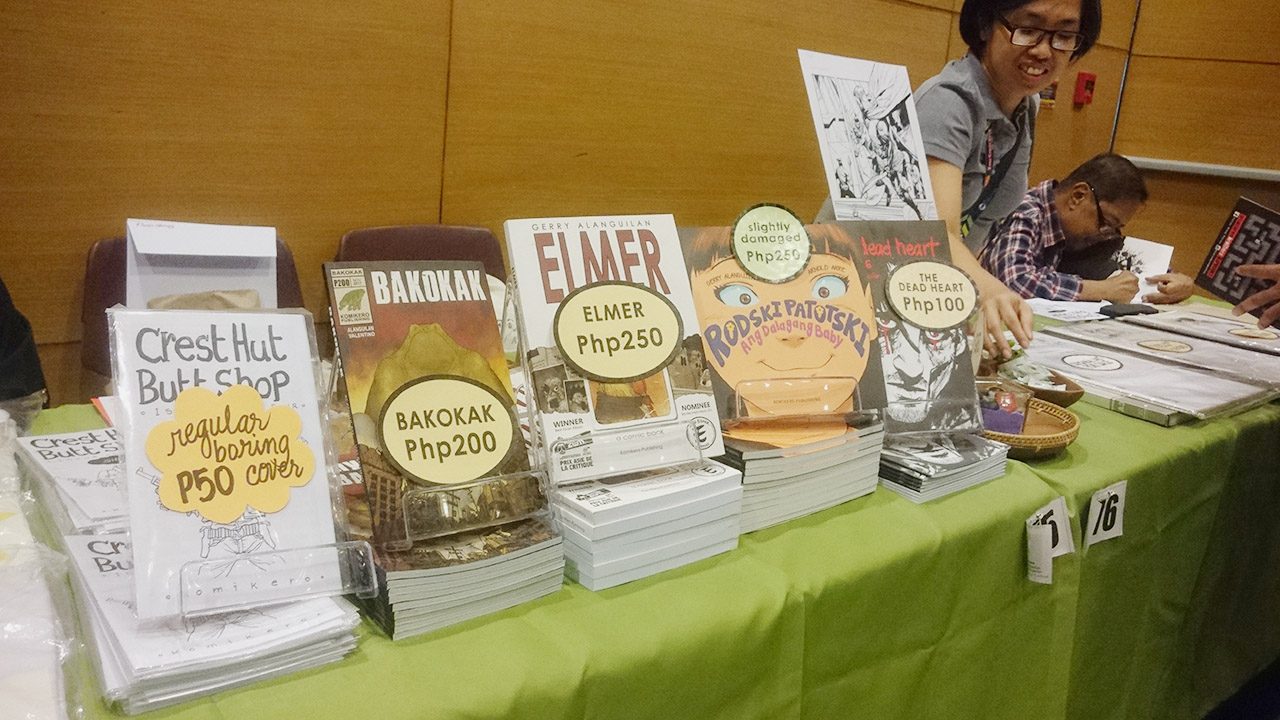 Have your portrait done

A lot of artists, from seasoned SKP vets to upstart illustrators, will be happy to draw your portrait or doodle on your comics. A few artists will even draw your Dungeons & Dragons character! There’s a lot of overlap between gamers and comic book fans, which brings us to…

Check out the new Combatron game

Ludus Distributors, the importer of Magic: The Gathering and Dungeons & Dragons, is releasing its own card game: Combatron, which is based on the Funny Comics character from the 1990s. Attendees can get an early demo on the game, and even meet the game’s creator Berlin Manalaysay. – Rappler.com