WATCH: Wardrobe of misogyny and violence in Nikki Luna exhibit 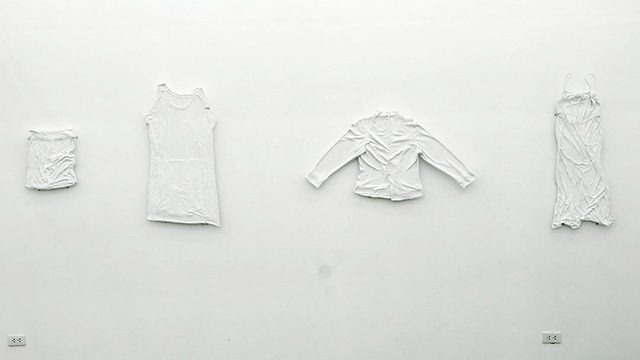 On display in her ongoing exhibit This is How to be a Woman of the World at 1335Mabini are articles of clothing in resin that tell the story of the violence against women under regimes that traffic in abuse and misogyny – like the suit worn by Senator Leila De Lima on the day she was arrested.

Also on exhibit are articles of clothing that Luna said “point to a system that continue to fail women,” like Imelda Marcos’ pumps. The artist added a parfum minted in marble shows the way President Rodrigo Duterte objectified women’s bodies and “reduced them to odors.”

Luna said she wanted to “lay bare the strength in vulnerability” in these women.

Initially running until January 19, the exhibit will be extended up to February 2, 2019. – Rappler.com