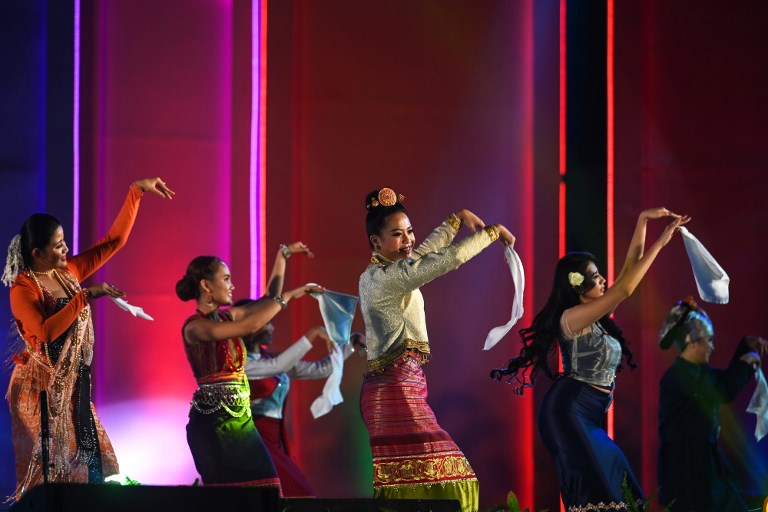 YANGON, Myanmar – A Miss Ethnic Myanmar beauty pageant and a campfire dance with a buffalo skull on Tuesday, January 29 brought an end to a festival celebrating the country’s ethnic minorities, even as the military remains locked in conflict with many groups.

The 41 female contestants sashayed across the stage in Yangon in front of thousands, displaying an array of kaleidoscopic costumes, as a singer crooned an old classic, “Welcome to the Golden Land”, in an event aimed at both locals and tourists.

M Ja Seng, a 25-year-old from northern Kachin, clinched the crown by stating her desire to show the world that the nation’s ethnic minorities will “march united for many years to come”.

This is the vision that Myanmar seeks to present. The festival was organized by business owners with government backing.

But for many people overseas, it is impossible to look beyond the Rohingya crisis.

Some 740,000 of the persecuted group have been driven out by a bloody army campaign since 2017, with the country insisting they do not belong among its patchwork of 135 officially recognized ethnic minority groups.

And it is not just the Rohingya Muslims who have suffered at the hands of the country’s military and some two dozen armed rebel groups. 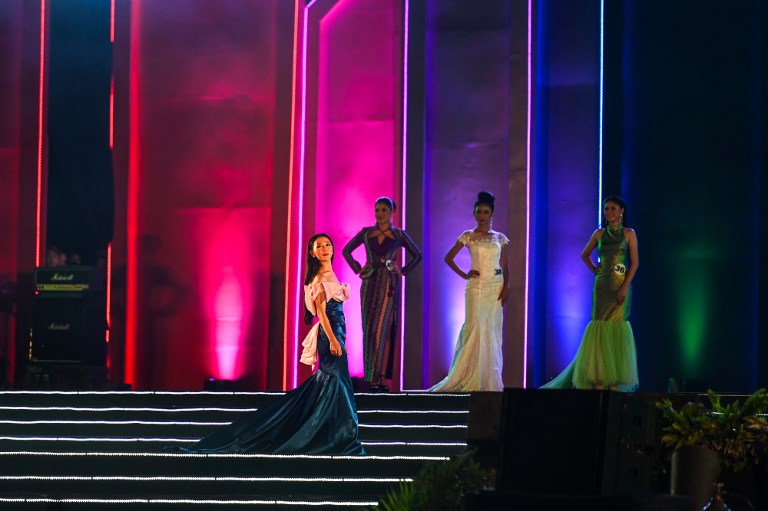 Nearly 250,000 people across the land are unable to return home because of fighting.

“We’ve come to the festival but we feel sorry that there are still over 100,000 displaced people in Kachin,” 59-year-old Lupa told AFP, wearing a red headdress and black costume studded with silver-colored decorations hailing from the northern state.

Among the myriad food vendors, one particularly popular jamboree was hosted by the “Wa”.

They are one of the country’s most powerful – and most secretive – groups, inhabiting two small enclaves in Myanmar’s eastern mountains, boasting what is thought to be the nation’s largest non-state army.

Musicians played a country-style melody, as onlookers were escorted to dance in pulsating rings of people holding hands, and a buffalo skull was held aloft in honour of an animal often regarded as part of the family.

“Traditionally, this would bring the whole village together around a campfire,” explained Ai Maung, who had travelled especially from Wa state to be at the festival. – Rappler.com