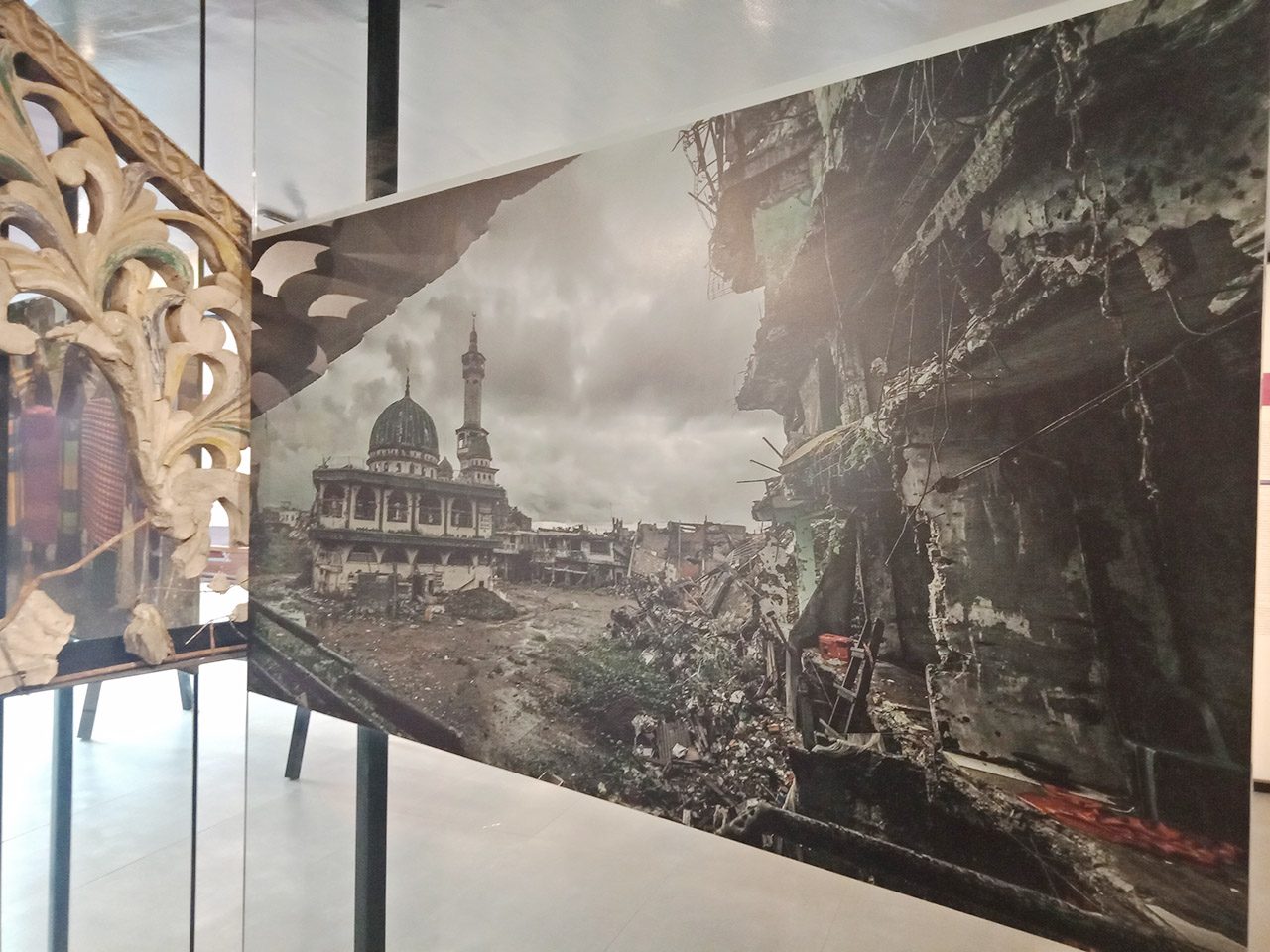 The facility is located inside the Office of the Regional Governor Compound, the seat of the incoming Bangsamoro government. Marian Pastor Roces, the commissioned curator, said the concept of the museum is to give emphasis on the “ordinary Bangsamoro people.”

(You’ll notice that the biggest space inside the museum are for the ordinary people and their contributions in achieving a Bangsamoro (autonomous government).) Inside the museum, portraits of different Moro tribes, such as Maranao, Maguindanaon, Iranun, Yakan, Sama, Tausug, and others are put on display. Their unique products, such as the traditional weaves of the Inaul, Tudung, and Likos, and ancient instruments like the Kulintang ensemble and Gandingan are also exhibited. (Some might wonder why the objects found in the museum are not expensive, some exhibits are like rags, some are like trash, why? Because the stories behind these objects are more important.)

On display are copies of the Holy Quran found among the debris of a burnt mosque at Marawi’s ground zero. These represent the immense loss of cultural properties during the war. Textiles weaved by Maranao women refugees during the Marawi siege are also put on display. Also found in the museum are 21 2,000-year-old rare limestone burial urns, extracted from April to June 1963 by archaeologists from Silliman and San Carlos universities from the caves at the Kuluman Plateau in Cotabato Province. The caves are in the vicinity of the municipalities of Lebak and Tran in Sultan Kudarat. (I’m sure there are stories behind the displays in the museum. We don’t want to experience the hardship again that anyone can tell our life stories and aspects of us being Moros.)

He said the museum will be a legacy of the ARMM government not only for the new Bangsamoro government but also for the next generations. – Rappler.com