MANILA, Philippines – In 2017, about 100 Lumad students, parents, and teachers mounted a Bakwit School in Metro Manila, a makeshift school for displaced indigenous children.

Bakwit is a colloquial term for evacuees. The Lumad, for instance, were forced to flee their homes following attacks – including those by state forces – on their schools and communities.

Save Our Schools Network, the host of the Lumad Bakwit School, has been reaching out to various institutions in the metropolis in the past few years to help displaced children continue their studies and to amplify the Lumad tribes’ rallying call for education, ancestral lands, and self-determination, all of which are constitutional rights. The Lumad Bakwit School Moving Up ceremony last March 29, 2019 is a testament to the significance of the Lumad struggle. Despite the destruction brought by Martial Law in Mindanao, 30 Lumad students successfully graduated from junior high school. The Lumad evacuee children were forced to continue their studies in the absence of their families and communities. Instead, even in the alienating and bustling cityscape, they find solace in relationships made with supporting institutions and volunteering advocates. During the event, supporters belonging to various institutions from academic to religious stood as the parents of the students. The Lumad students were more than happy to have people such as UP Diliman Chancellor Michael Tan and Bayan Muna president Satur Ocampo give them their certificates and medals along with an auditorium full of supporters to cheer them on on their special day. 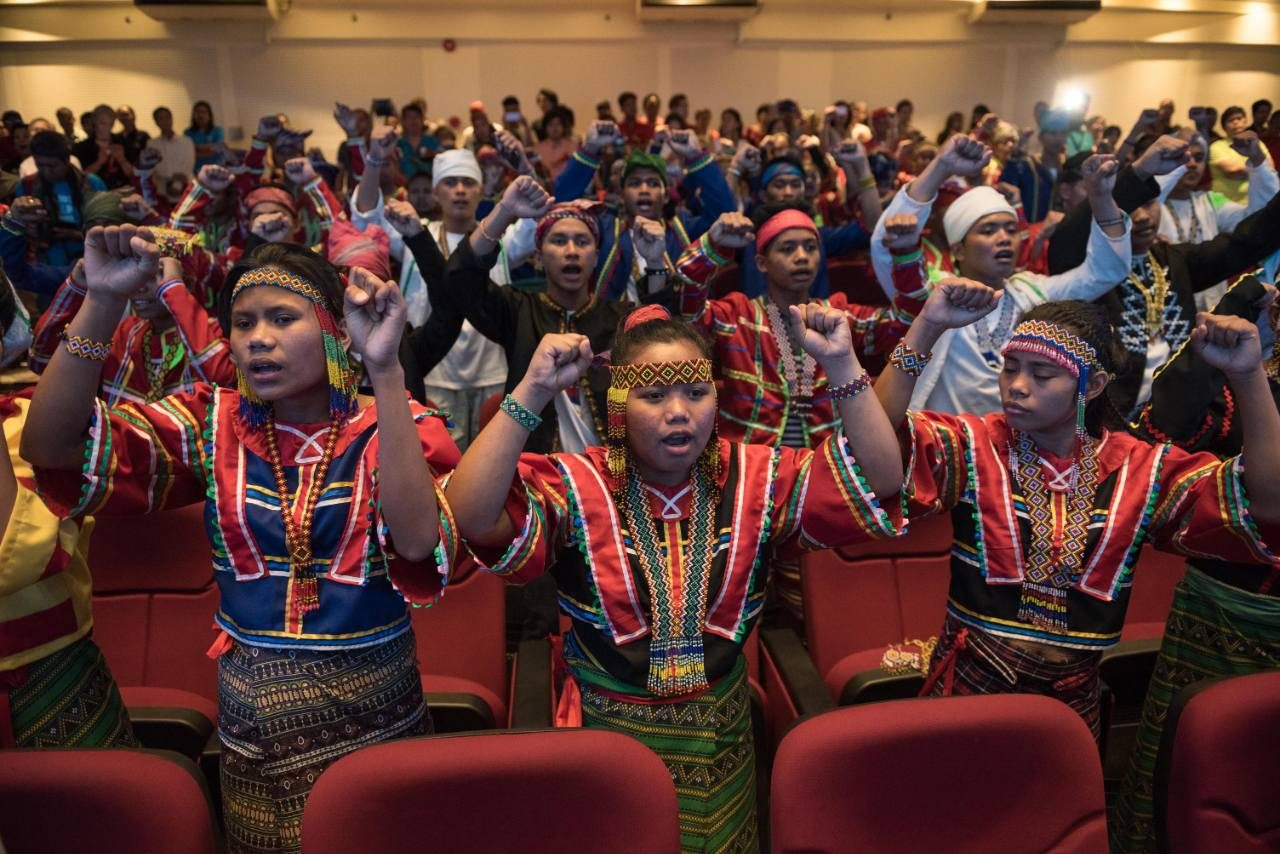 “Sa aming paglalakbay, naging bahagi kayo ng aming buhay at ng aming tagumpay. Naiibsan ang aming pangungulila at lungkot at napapangibabawan namin ang takot dahil kasama namin kayo,” (During our graduation, we just want to say that you are all part of our lives and our success. Our fear, worry, and sadness is lessened because you are all with us), says Katkat Dalon, a Lumad Bakwit School Grade 10 graduate. (You made us a feel what the state never made us feel – that we need to be taken care of.) The Moving Up ceremony signifies the successes brought by the militant Lumad spirit in the form of Save Our Schools Network and ultimately, the need to stand firmly with Lumad schools.

As long as violence exists in the indigenous communities of Mindanao, the experience of having to bakwit will consume the Lumad youth’s childhoods for generations to come. The Moving Up ceremony served as the culmination of the current Lumad Bakwit School.

It also adds to the urgency of a movement forwarding the interest of the nation’s indigenous peoples at large. – Rappler.com