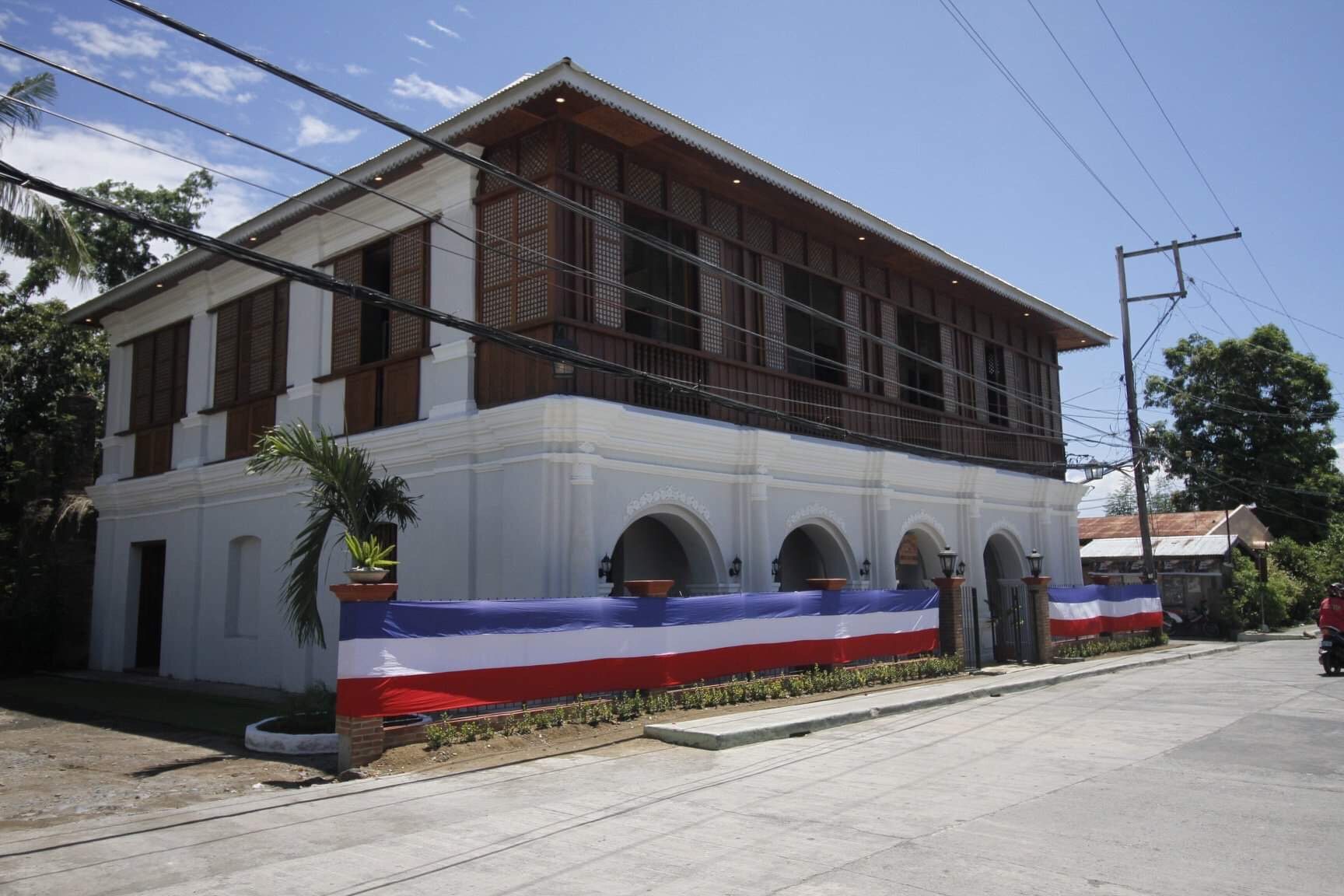 The Cariño House in the heart of Candon City was recently restored and opened into the city’s museum. The ancestral house of the Candon Cariños was already remarkable, having been built 400 years ago for the alcalde mayor and later owned by the father of Doña Maria Josefa Gabriela Cariño Silang, whom we all know as Gabriela Silang.

The house was where Gabriela and husband Diego began their uprising against the Spaniard functionaries in Ilocos in 1762, with the help of the British forces.

The house, which was continuously occupied by the Cariños until the 1990s, has a unique feature unlike the balay na bato in Vigan City, for example. It has an outer wall where the servants supposedly pass so as not to listen to the conversations of the owners and their guests.

Like their Vigan counterparts, the first floor consisted of  the stable and storehouse while the upper floor had the master bedroom and living room. The restoration, orchestrated by outgoing Ilocos Sur 2nd District Representative Eric D. Singson, was mostly on the foundation and the woodworks as the original wall with the decorative frescoes and the trompe l’oeil ceiling were preserved. After the restoration early this year, the Cariño House was turned into the Candon City Museum with Tourism Secretary Bernadette Romulo-Puyat launching it two weeks ago.

Puyat said that this will be one of the highlights of cultural tourism, which the Department of Tourism is actively promoting.

The Candon City Museum will indeed hope to highlight Candon City as the one that preceded the nation’s call for independence.

Even before the issuance of the Philippine Declaration of Independence on June 12, 1898, by President Emilio Aguinaldo and the establishment of the revolutionary Philippine government, there is the Republic of Candon established by Federico Isabelo Abaya on March 25, 1898.

Abaya, known as Don Belong, led the Ikkis ti Candon (Cry of Candon) together with the other members of the Espiritu de Candon, a revolutionary group in Candon.

Don Belong had been criminally ignored by Philippine historians and the Candon Museum is resurrecting his revolutionary spirit. In the museum are some of Don Belong’s memorabilia, like his silver salakot, library, and battle uniform, among other items. Also displayed is the seal of the Republic of Candon and a painting of Don Belong.

Born in 1854, Don Belong was able to trick the Spaniards and later the Americans by going up to Cordillera and pretending to be an Igorot with his G-string.

After establishing the Republic of Candon, Abaya joined the Philippine Revolutionary Army under Colonel Manuel Tinio and recruited Igorots. There was even an engraving of the Harper Magazine of Igorots in G-strings parading in the Battle of Caloocan in February 1899, with Abaya apparently at the helm.

Singson also donated to the museum the equestrian statues of Don Belong, Gabriela Silang, Diego Silang, and Gregorio del Pilar or Heneral Goyo who died in Tirad Pass in nearby Del Pilar town.