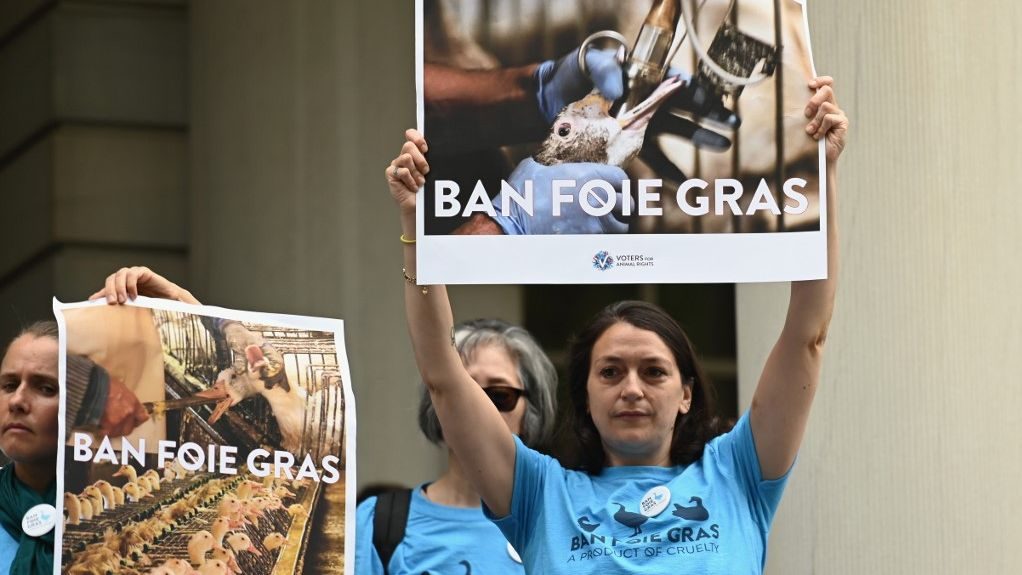 NEW YORK, USA – New York City held a debate on Tuesday, June 18 on joining California in banning sales of foie gras on grounds it is cruel to force-feed ducks so as to fatten and harvest their livers.

Animal rights activists are on the attack against foie gras in a drive that threatens an important industry in metropolitan New York.

The city council’s health commission is to debate a bill presented early this year that would ban all sales of foie gras under penalty of a $1,000 fine and up to a year in prison.

The panel will meet a second time to vote, and if the bill passes it will go to the full city council.

In January, the US Supreme Court upheld a ban in California on foie gras, ending a 15-year legal battle.

The bill in New York has the support of 24 of 51 members of the city council.

“For a progressive city, this is logically the next step for animal rights,” said Allie Feldman Taylor, the founder of Voters For Animal Rights. She and some 30 other people came to City Hall Tuesday to show support for the proposed ban.

“It’s incredibly cruel. They shove a pipe down the throat of these ducks for 3 weeks and then slaughter them just for a pretty gross delicacy,” she added.

Izzy Yanay, co-founder of Hudson Valley Foie Gras, by far the largest producer in the US, said she is not worried by the proposed ban, although she acknowledged this is the first time one has made it to a city council panel.

“I believe that the people that are sitting over there have some brains,” she said of those in the city council.

“Before you make a decision, come and see,” Yanay said of her farm, which she said no city council member has visited so far, even though she has issued an invitation.

“I can’t make my case here because I don’t have ducks around me,” Yanay said. “The ducks will make my case.” – Rappler.com