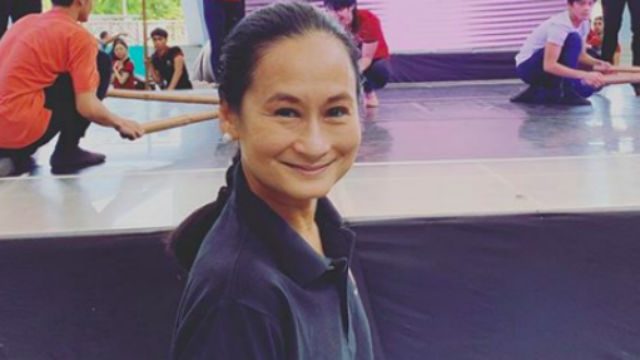 MANILA, Philippines – The Star City fire not only destroyed the amusement park and the offices within the complex but also the theaters that were inside.

Lisa Macuja Elizalde, the country’s top ballerina, took to Instagram on her birthday on Thursday, October 3, to look back at the theaters – Star Theater and Aliw Theater – given as gifts to her by her husband, Fred Elizalde. Elizalde is the owner of the amusement park and Manila Broadcasting Company, which is also located in the area. (READ: FAST FACTS: Things to know about Star City)

“Nineteen years ago, Fred gave me an 850 seater theater named Star in the middle of his amusement park named Star City. Two birthdays later he gave me Aliw Theater. This time the arena like theater could sit 2,500!

“Yesterday, we lost almost everything in a devastating fire that ate up Star Theater, Star City, MBC building and parts of Aliw Theater. Today — on my 55th birthday I would just like to say THANK YOU to all who will remember those glorious years of the park complex that brought so much joy to me, my family, my company and our community! Mabuhay po tayong lahat! Thank you to the Lord for NO ONE WAS HURT! Thank you to all who remember me today! Thank you for making me feel so very blessed!”

In an interview with ABS-CBN, Lisa said Fred first gave her the Star theater in 2000 and then the Aliw Theater in 2002. Both theaters have been the stage for her ballet shows, which she does for Ballet Manila.

“Fred cut the ribbon himself. He gave me a birthday card,” Lisa said of that moment when he gave her those gifts.

The blaze broke out midnight of October 2. Aside from the amusement park and theaters, the office of the Manila Broadcasting Company was also damaged. DZRH, the flagship AM radio station of MBC, went off the air but resumed on Thursday, October 3. (READ: ‘It’s our happy place’: Netizens recall favorite memories of Star City)

Pasay City fire marshal Superintendent Paul Pili told Rappler on Thursday that arson might be the cause of the fire. – Rappler.com