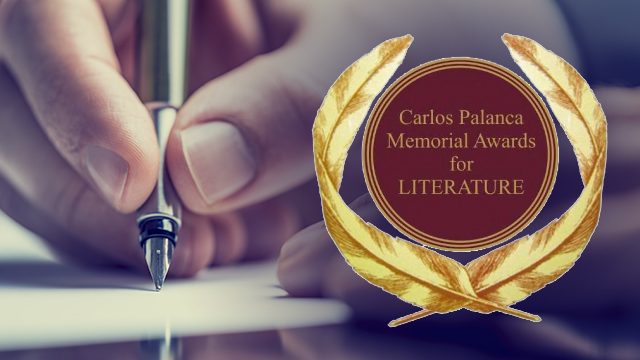 MANILA, Philippines – The awarding ceremony of the 69th Palanca Awards was held Friday, November 8 in Makati.

This year, 56 writers took home awards across 22 categories in the prestigious literary contest.

This year’s awards included the bi-annual Novel and Nobela categories, and a Hall of Fame award.

The ceremonies saw the posthumous awarding of Milagros Palanca-Furer, the proponent of the Carlos Palanca Memorial Awards for Literature. She was instrumental in helping spur creative writing in the country and is being rightfully recognized for her unwavering dedication to the interest of the Filipino writer.

Writer and educator Cristina Pantoja-Hildalgo, who was chosen as the night’s guest speaker, was also conferred the Gawad Dangal ng Lahi award, a special honorary citation.

The awards are named after businessman and philanthropist Don Carlos Palanca Sr and seeks to “cultivate Philippine Literature by providing incentives for writers and serving as a treasury of these literary gems.”