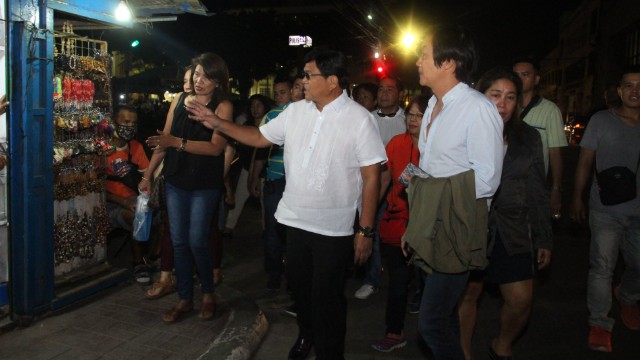 CEBU CITY, Philippines – Ahead of the quincentennial celebration of Christianity in the Philippines, designer Kenneth Cobonpue presented plans to connect historical sites in downtown Cebu.

“We have worked together with different people to create a project that will live on beyond 2021,” Cobonpue said during a press conference on Wednesday, November 13.

“It is our gift to the Cebuanos. This is a project that was started by several architects and urban planners since 1997. This is called the heritage walk,” he added.

Cobonpue is also the head of the Visayas committee for the quincentennial.

In October, the city government announced they would be working with Cobonpue to design stalls of sidewalk vendors in downtown Cebu City.

Cobonpue said the idea would be to open up the walking tours at night when the weather is cooler.

Other plans for Cebu in 2021 include a reenactment of the first baptism in the Philippines at the Basilica Minore del Santo Niño de Cebu, Triduum celebrations, painting exhibits, a national mission congress, monthly jubilees, and a pilgrimage of a replica of Magellan’s cross.

Cebu’s taking centerstage for the religious aspects of the quincentennial celebrations since it’s where Portuguese explorer Ferdinand Magellan was able to Christianize native inhabitants of the island.

He was later killed in battle in neighboring Mactan island, led by chieftain Lapulapu.

The national committee previously announced that the Lapulapu monument in Lapu-Lapu City would be replaced to reflect that there is no documented evidence he killed Magellan himself. – Rappler.com