The Global Asian Model 2019 staged its debut edition on Thursday, November 21 at The Cove, Okada Manila. Two Thai supermodels in the making won from a selection of 38 models from 20 countries, all with Asian heritage.

Global Asian Model is the brainchild of Jonas Antonio Gaffud, Empire.ph and Mercator Modeling Management head and co-presented by Frontrow Philippines, with founders RS Francisco and Sam Verzosa. Since Gaffud is a well-known queenmaker, he emphasizes that this is not a beauty pageant. It is really a go-see (audition or casting for models) but on a grander scale. They are looking for the most marketable models who will be great representative for their clients.

The models have been in Manila for about a week doing photoshoots, casting shoots, film shoots, interviews, and press presentation. During the finals, there were 4 segments: traditional wear, swimsuit, Disco (Female) / Street (Male) runway, and evening looks, where all 38 models sashayed down the runway.

At the conclusion of the final segment, the field was narrowed down to 10 Male Finalists and 10 Female Finalists. 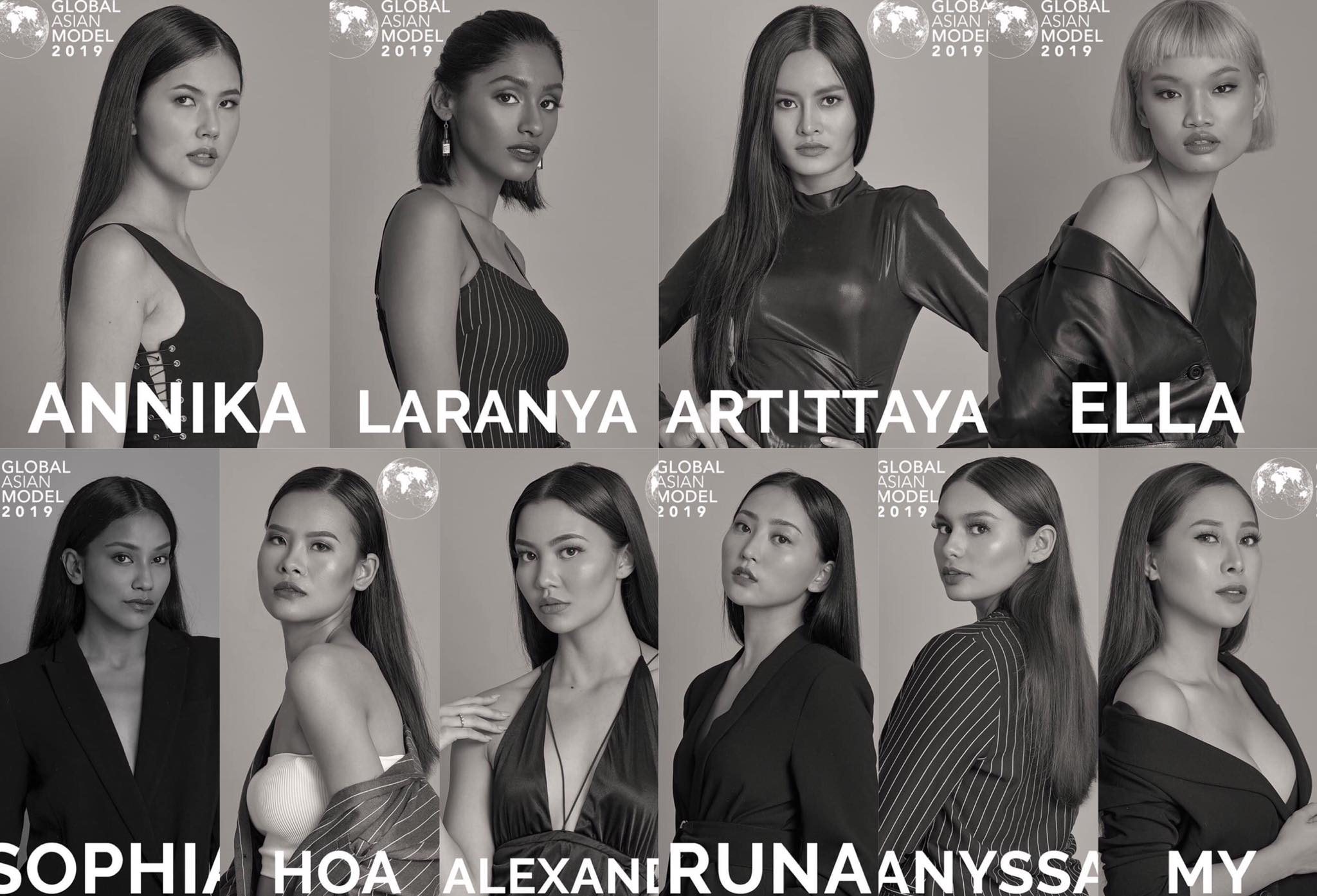 For those waiting for a Q&A portion, they would have been disappointed as there was none. During the long break, the judges deliberated on the placements of the finalists. The winners each receive a cash prize of US$10,000 and a modelling contract worth US$10,000 with guaranteed placements in Manila, Bangkok, Singapore, New York, and Los Angeles. During the Press Presentation, Thailand’s representatives arrived late due to their flight schedule. However, upon their entrance the members of the media collectively gasped in awe of their presences. It was apparent from that moment that Falcom and Artittaya possessed that all important X-factor. Throughout the weeklong activities and the finals, they convinced the judges that they are the most promising models who can book runway shows, commercials, prints and land on covers. Eventhough they are deemed to be the most marketable models in the context of the competition, each and every model who participated in the search can potentially be spotted by a client through their exposure in the Global Asian Model 2019 search. 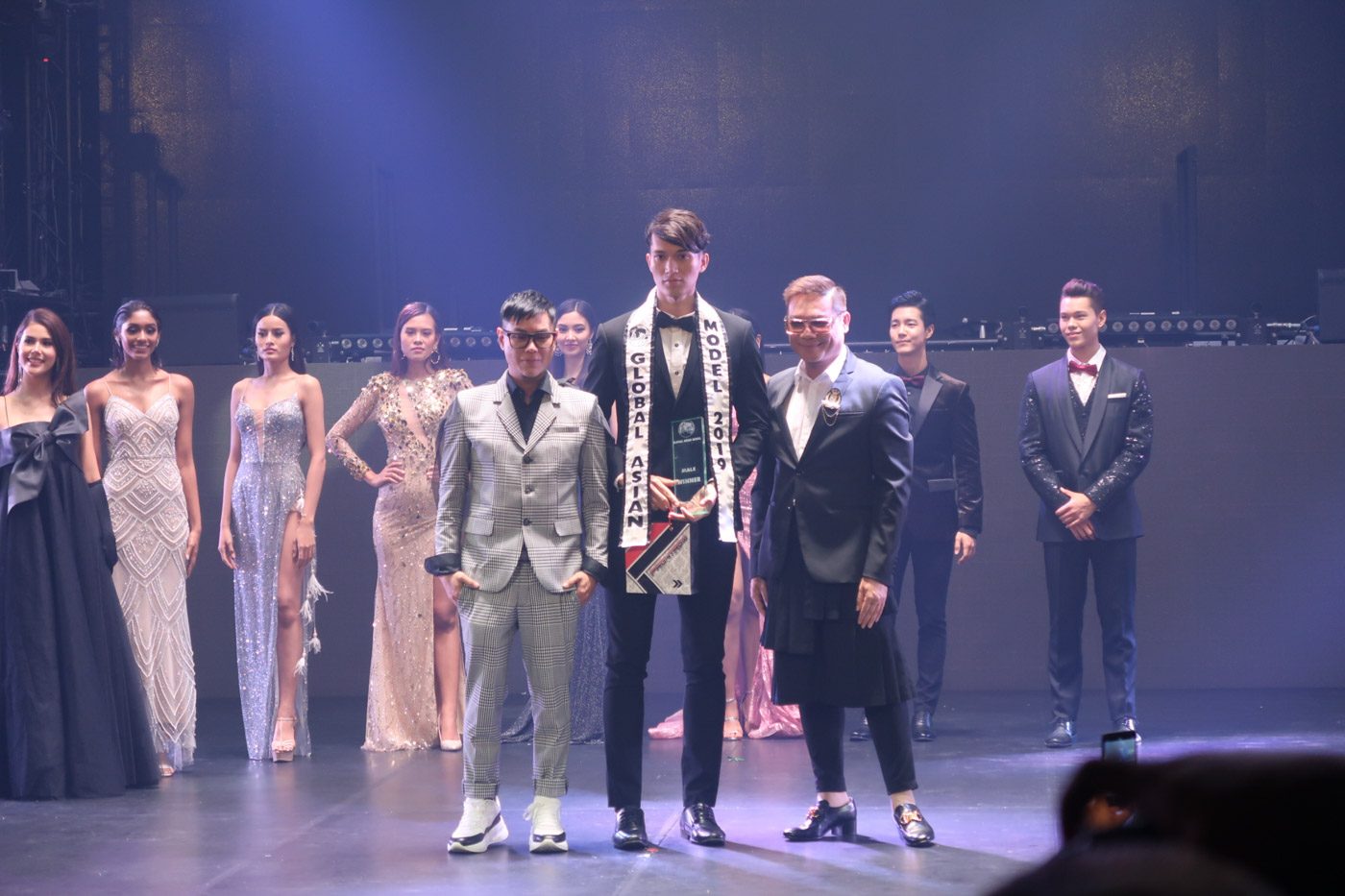 The concept of Global Asian Model celebrates Asian heritage but is also forward thinking. In future editions, it would be interesting to see a format that defies the conventional pageant. The traditional wear, swimsuit and evening gown are all still very “pageant” in essence.

In the evening gown segment, the gowns were very “pageant” with all the detailing, nude illusion fabrics, sequins, mermaid silhouettes. Maybe a local designer can create similar gowns for the Top 10 Female in various colors that either has a voluminous skirt, cape, or train that the models can work down the runway. While for the Top 10 Male, a bit more avant garde or edgy looks can be worn by them – looks that ordinary people can never pull off but only models can.

It would also be good to see the posing skills of the models during the competition. There can be a photoshoot set-up somewhere on the stage and the photographer’s camera is projected onto the LED screen. Maybe each of the Top 10 finalists can go there and strike three poses.

This Asian-centric celebration of beauty is not merely a trend. The Global Asia Model search can transcend trends and become tradition. With an upswing in global luxury goods in the Asian market, one can expect companies to take notice and cater to this clientele even more. In a recent study conducted by Bain & Company and Altagamma, luxury goods sales are expected to rise by 20% this year in the Southeast Asian market.

Today is the right time and Asia is the right place to see tremendous growth and progress. The Global Asian Model 2019 organization and its winners can be the face of this emerging, dominating, progressive Asia for many years to come. – Rappler.com