Dec 5, 2019 9:00 AM PHT
Leticia Labre
Facebook Twitter Copy URL
Copied
Aside from pizza and pastrami at New York's Lower East Side, there are also ube and pandan-flavored cake pops by Filipino-American Rebecca Eng 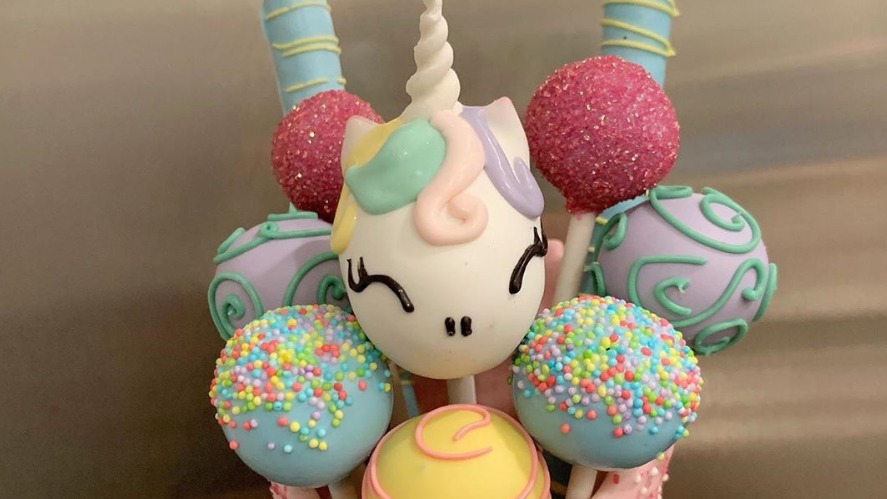 MANILA, Philippines – Within New York, a city immensely proud of its immigrant heritage and culture, its Lower East Side is further recognized as the neighborhood where many immigrant communities first established their roots in America.

Memorialized in movies like Gangs of New York and The Godfather II, this is the neighborhood from where formerly foreign food such as pizza and pastrami, brought by Italian and Jewish immigrants respectively, became ubiquitous in American cuisine.

So when a few days ago, The Market Line opened in New York’s Lower East Side, bringing together a curated assemblage of new immigrant food vendors to adjoin the beloved Essex Market, the air was charged with significance. Old New York was beginning a new chapter of its history.

Rappler reader, you may be interested to discover that of course, within this rich American historical context, there is a Filipino subplot.

“What’s yoob?” asked a teenage boy as he surveyed available options at one of The Market Line’s new vendors.

The boy looked thoughtful for a second then extended his cash payment. “I’ll try it,” he declared.

The shop is Rebecca’s Cake Pops, founded by Filipino-American Rebecca Eng. The cake pops – “small round of pieces of cake coated with chocolate and fixed to the end of sticks to resemble a lollipops” – come in many flavors, with Filipino flavor ube fast becoming one of the most popular among Rebecca’s American customers. 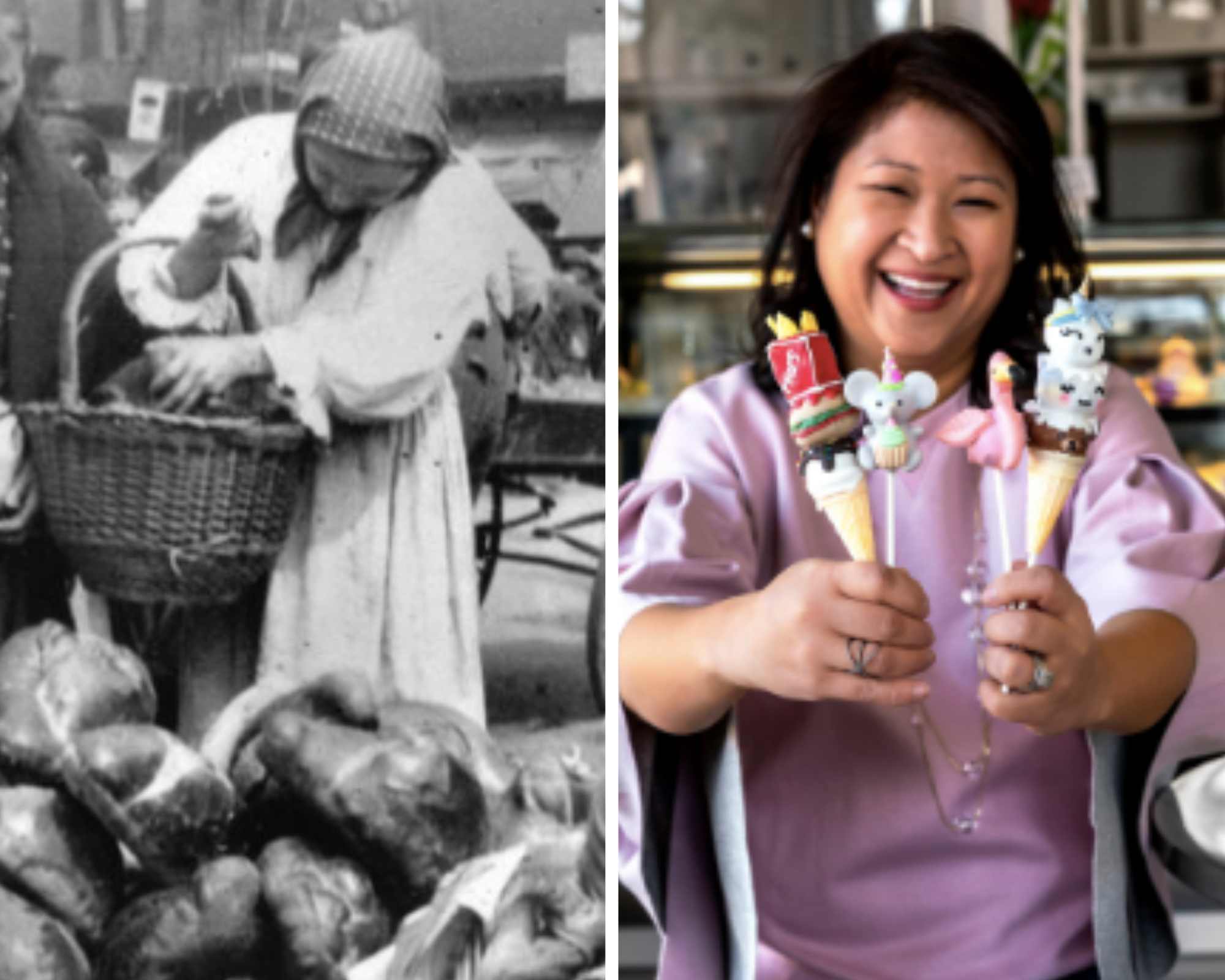 Thanks to a Kapampangan mom with a prowess for producing meals legendary in flavor and quantity, Rebecca began baking at a young age – she was always assigned dessert.

Her baking skills served her well when she decided to put her medical career on hold to care for her family. For fun, she began making cake pops for her kids and their friends. The pastime organically transformed into a business when friends began to ask if they could place orders for cake pops in customized designs. 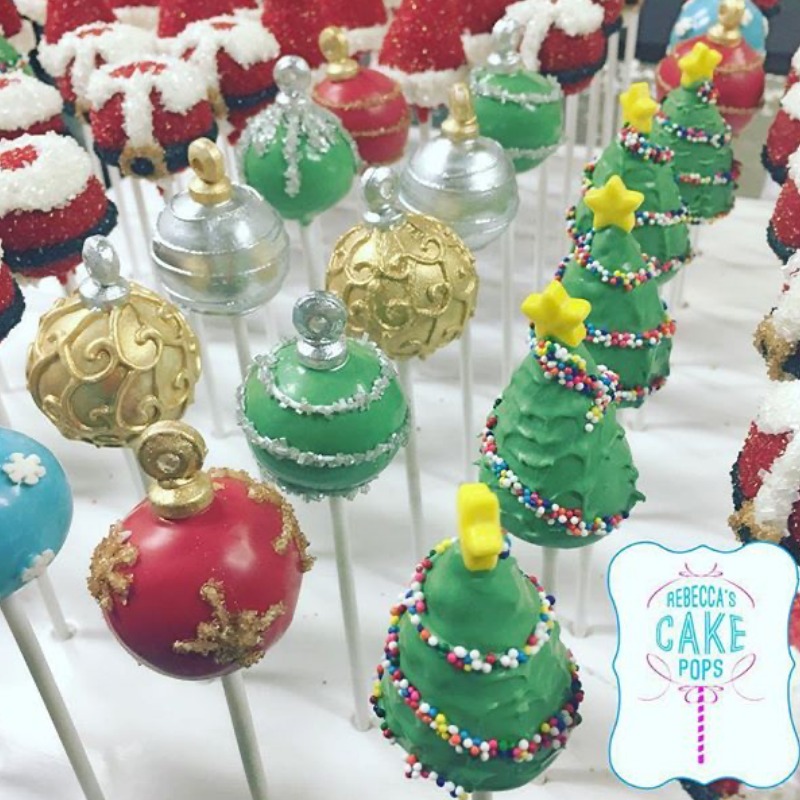 At The Market Line, a steady stream of customer traffic stopped by Rebecca’s stall. A first group of customers was composed of newbies, easily identified by the Seinfeld-esque “stop short” move they usually did. Purposefully striding to another stall, they would happen to look sideways to Rebecca’s as they passed hers, and would stop short, visually struck by the colorful and intricately hand made cake pops. 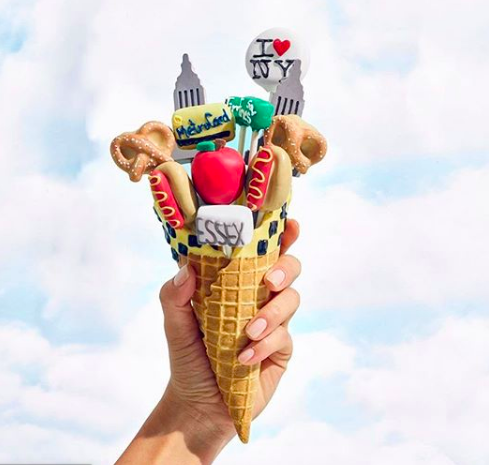 Some then spent many precious New York minutes quietly studying the array of designs and flavors. Others shrieked and gushed. “OMG! They’re so cuuuuute!” Either way, a purchase was usually the end result.

A second group of customers came from Rebecca’s Instagram following. (“I saw that you just opened here and had to drop by!”) Despite being a confessed social media Luddite (she doesn’t have a social media manager, struggles to post regularly, and can barely keep up with the account), Rebecca has more than 50,000 cake pop lovers following her.

Finally, there was the repeat customer group composed of those who had tried Rebecca’s cake pops as soon as she opened at The Market Line a few days ago, and were back for more.

One such customer was a thin blond man who scooped up a few ube cake pops. “My wife was upset that I only brought home two yesterday,” he lamented.

Following him, a group of five students swarmed around the stall. Rebecca recounted her cake pop flavors for them.

Rebecca: These are vanilla.

Rebecca: These ones are chocolate.

Rebecca: And these are ube.

Students: No, but it sounds interesting. We’ll try it.