Facebook Twitter Copy URL
Copied
Claerchens Ballhaus, a 106-year history has even seen the Macarena and was used as a set for a Quentin Tarantino film

BERLIN, Germany – The dance floor of Claerchens Ballhaus has seen it all: from its first tangos in 1913 to balls for war widows to the Cuban rumba banned by the Nazis.

The legendary Berlin institution with a 106-year history has even seen the Macarena and, more recently, was used as a set for a Quentin Tarantino film.

After a blow-out New Year’s feast, the dance hall will close from January 1 for a “complete renovation” under new ownership and nobody knows when it will open again.

Under the disco ball, where septuagenarians in high heels rub shoulders with hipsters in checked shirts, there is a lot of concern, because a growing number of nightclubs have closed in Berlin in recent years due to the sharp rise in property prices.

The managers who have run the old-fashioned dance hall for the past 15 years have not had their contract renewed by the new owner, along with all the staff.

But Yoram Roth, the Berlin-born property investor who bought it last year, is keen to play down any concerns.

“My clear aim is to protect Claerchens Ballhaus,” Roth, who also owns photo galleries and restaurants in New York and Copenhagen, told AFP.

Roth, who plans to rent out the dance hall as a venue for corporate events and weddings, said the work would start with an overhaul of the fire alarm system. But he could not specify when it will open again.

Marion Kiesow, a regular and the author of a book about Claerchens Ballhaus, said the main concern among patrons was that it would stop being “a popular and accessible place to go to in a chic area”.

Kiesow, a graphic designer, said she still “could not believe” that the dance hall was closing down.

“It’s like when you hear about a death and you can’t come to terms with it,” she said. The area around Claerchens Ballhaus – the historic heart of Berlin – has been transformed over the past decade by investors drawn by the property boom.

Art galleries, a Michelin-starred restaurant and lofts surround it and Claerchens Ballhaus, with its peeling facade and reasonable prices, has become an anomaly.

Many Berlin nightlife institutions have been forced to close in recent years and many more are under threat.

The latest on the list are the KitKatClub, known for its leather and latex nights, and the Sage Club, a fixture of Berlin’s techno scene for two decades.

Tagesspiegel, one of the capital’s local papers, said that “few cities in the world have such a rich tradition of transgressive and experimental nightlife”.

Claerchens Ballhaus has had its share of tradition-defying antics during its long history.

It was there when the Berlin Wall went up and when it fell, was used in Tarantino’s Inglourious Basterds and visited by Prince William and Kate in 2017.

Up a flight of creaky stairs from the dance floor is a hall with scuffed walls and giant mirrors that Kiesow said were cracked by bombs falling during World War II.

In the summer, tables are put outside, lights are hung from the trees and the courtyard is criss-crossed by waiters carrying Wiener schnitzels from the kitchens. 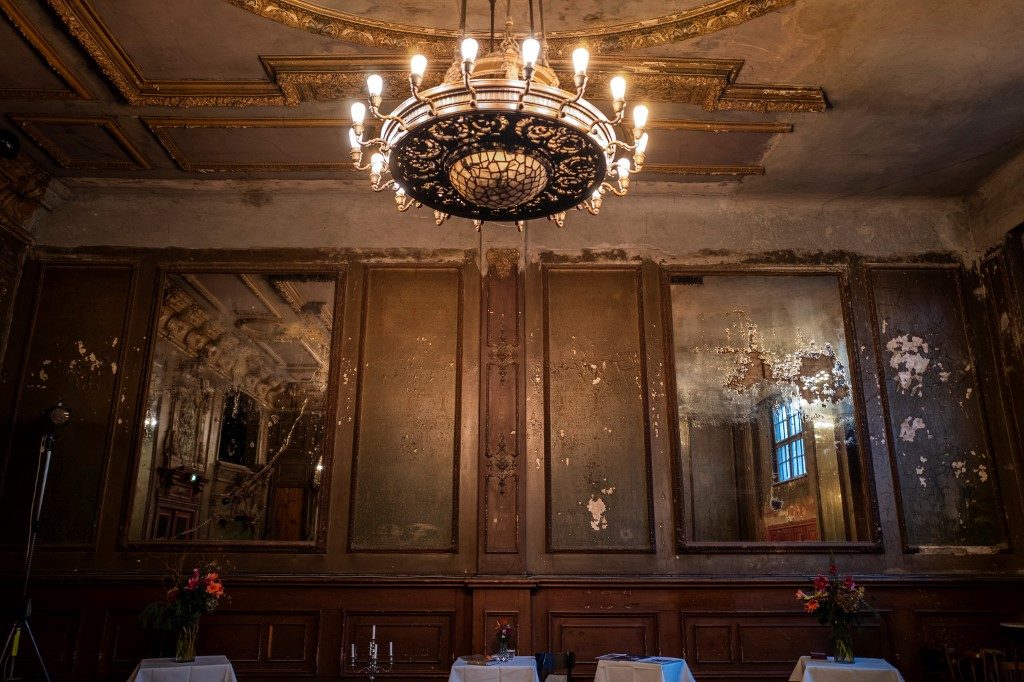 The dance hall was named after its first owner Clara Buehler, who ran it for more than half a century before her death in 1971 in the half of a divided city that then belonged to communist East Germany.

“Claerchen” is a German diminutive for Clara.

The dance hall has also become known as a place where lonely hearts can find love at weekday evening waltz lessons or bigger orchestra nights at weekends.

The cloakroom was run for 50 years by another Claerchens Ballhaus legend – Guenter Schmidtke, who had cautionary words for girls looking for love.

The white moustachioed gentleman, who retired at the age of 81 in 2015, would tell the new arrivals: “You won’t only find prince charmings in there!” – Rappler.com