MANILA, Philippines – Filipina artist Nikki Luna explores themes of sovereign rights and human rights under the Duterte administration in her new exhibit, Rape of Seas, which is currently on exhibit at the Vienna Unttld Contemporary Gallery in Austria.

According to Luna’s artist statement, the exhibit “uses symbols from the West Philippine Sea dispute to emphasize the parallelism between Duterte’s violence against women and his permitting of China’s unlawful incursions into the Philippine’s exclusive economic zone.”

In the piece called Scars on the Reef, the artist 3D prints an actual giant clam from Chinese poachers, and miniaturizes it to the size of a vagina, with a scarred hymen mirroring scars on Philippine reefs. 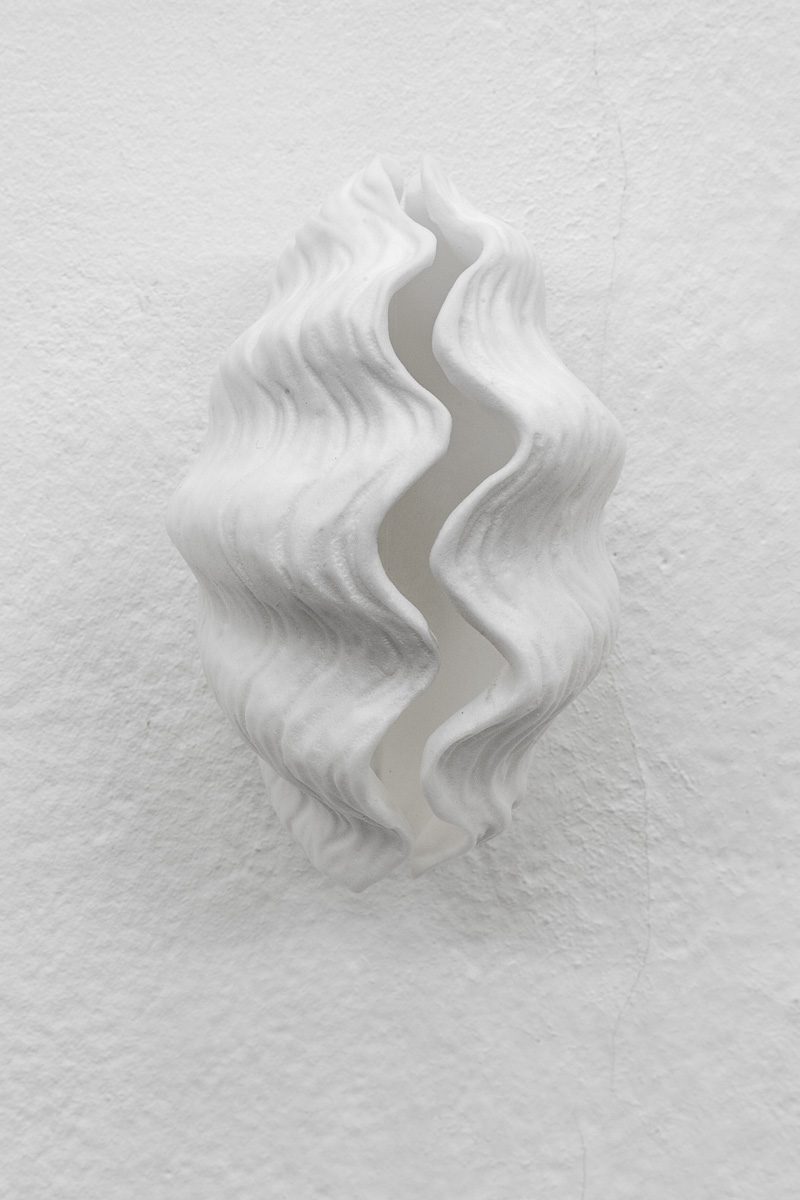 In You Don’t Own Us, slivers of gold are cut into shapes of Panatag Shoal and the Kalayaan Island reefs as seen in a historical map from 1748, centuries before they became the center of a territorial dispute between China and the Philippines. “These slivers are engraved with words from women whose consent was disregarded, but they could very well be protests against the administration,” Luna’s artist statement read.

Luna also embroidered two white flags with actual statements from Duterte on the territorial dispute with China and on the drug war that has claimed thousands of lives. Consent features a framed dress made of fishing nets from fishermen who travel from Zambales to Panatag Shoal, sewn with pieces of fabric from one of the fishermen’s wives. The piece focuses on fishing as one of the main livelihoods for many Filipinos whose lives are now affected by China’s seizure of the territory. “The West Philippine Sea is where life is birthed; its waters nurture the coral that nourish the fish that feed a nation. Luna wants us to remember that allowing this massive exploitation is another manifestation of the patriarchy; the President’s vulgar words, in-jest they may be, are poisoning the very waters he claims to rule,” read the artist’s statement.

Rape of Seas, Luna’s first solo show of the year, runs in Vienna until February 29. – Rappler.com