Who is the Filipino? The Filipino story through documentaries

Mar 8, 2020 12:44 PM PHT
Rappler.com
Facebook Twitter Copy URL
Copied
In Part 2 of our podcast, we trace our long-rooted history in documentary filmmaking, how documentaries are a nation's "photo album," and the correlation between social media love and documentary consumption 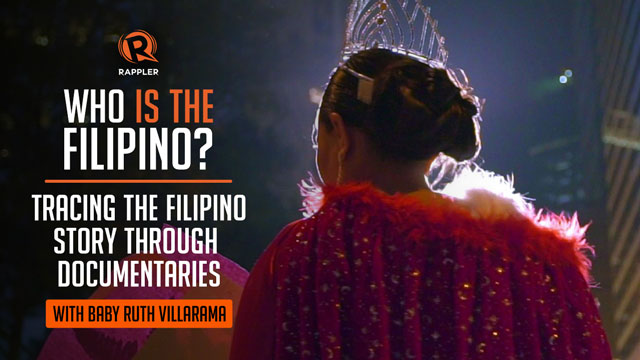 MANILA, Philippines – When documentary filmmaker Baby Ruth Villarama (Sunday Beauty Queen) explained the theme of their upcoming documentary film festival Daang Dokyu, she said they were deliberate in their choice of words.

In this podcast, we trace Filipino culture’s long-rooted history in documentary filmmaking, how documentaries are a nation’s “photo album” (and why it’s frustrating how we, as a country, don’t archive), and whether our love for documenting things on social media translates to documentary consumption.

Catch part 1 of our conversation with Baby Ruth in our other Rappler podcast, Inside the Industry.

Daang Dokyu will screen at the UP Film Center from March 16 – 21. You can check out the full schedule here. – Rappler.com