Who run the world? 4 women who slay in science and tech Facebook Twitter Copy URL
Copied
Rappler Hustle shares the stories of women who have made a name for themselves in finance, game development, physics, and tech

MANILA, Philippines – The sciences have long been dominated by men. For every Marie Curie, there are a number of Einsteins, and Newtons, and Copernicuses (or is it Copernici?).

Even in the present day, while women are increasingly gaining prominence in previously very-male fields such as medicine and law, and even business, not the same could be said about science and technology.

According to the World Economic Forum, while women make up 50% of STEM (the collective field of science, technology, engineering, and mathematics), their numbers fall down the line. Women only hold 1 in 5 top jobs in the science and tech industry.

Rappler Hustle wants to make such women visible to inspire girls and young professionals in pursuing careers in fields mostly occupated by men. Specifically, the areas of physics, videogame development, finance, and the tech startup scene.

Check out these women who slay in their respective fields: 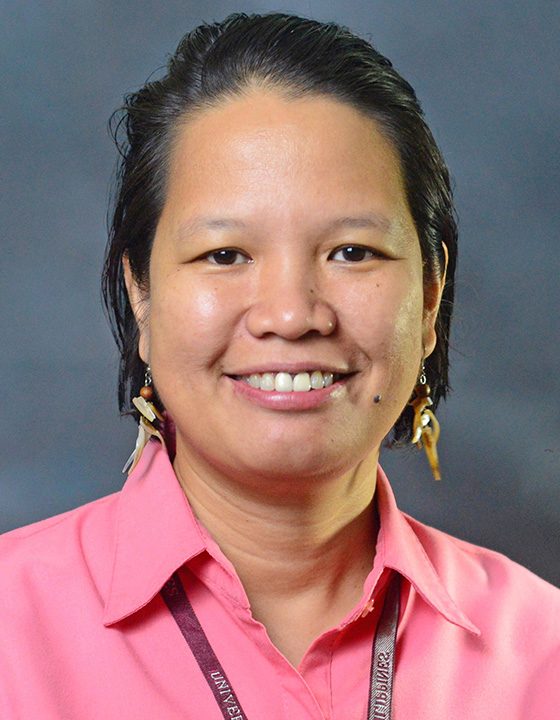 Maricor Soriano is a Physics professor at the University of the Philippines-National Institute of Physics. Aside from Physics education, her fields of interest are color, video, and image processing applied to Marine Science, art conservation, biometrics, and spectral and medical imaging.

Prof. Maricor: What’s good about Science – working in the academe – is that it is a meritocracy. You rise up the ranks due to your merit, not due to your gender. If you are a university professor, you do 3 things: teaching, research, and extension service. It is a misconception that professors only teach. If you do well in these 3, you get promoted. You know how it is in other countries, but here in the Philippines, it’s based on your merit.

What do you think should be done to make more space for women in STEM and academe?

Prof. Maricor: I wish there would be more girls considering going to this field. I take this interview as an opportunity to be a role model. This is a way to reach out to them and, more importantly, to their parents – to tell them that “Hey, there’s a career in STEM. Look at me, I am enjoying my work and my field while making impactful research for the country.”

What would you tell other girls who might want to enter STEM and academe one day?

Personally, what’s interesting about science is when different fields of science meet. This is what you would expect when you come to physics and continue on being a scientist. Kristen Quinto served as president and CEO of Maybank from 2016 to 2019. Throughout her career, she has been into different types of banking, such as investment banking, corporate banking, developmental finance, and private banking.

Kristen: I believe, in general, [the] statement is correct, particularly in senior management roles. This resulted from years of women having to prioritize or choose family over career. So while a woman may have been more qualified for a position, they would have to take a secondary track to ensure success in their family lives. That or management viewed women as “poor investments” given the “career or babies” choice they had to make. I believe this is changing, albeit slowly, though, in terms of positions and salaries, women are still far behind.

I personally did not feel discriminated against. I think this was a combination of being well-educated, tenacious, and aggressive. Plus, of course, having a strong work ethic.

In the Philippines, we are somewhat lucky, as women have extended family members or hired help to take care of children and the home so that they can pursue relevant careers and reach management and higher roles.

What do you think should be done to make more space for women in banking and finance?

Kristen: We should establish strategies to provide more balance between work and home – such as flex time or work-from-home schemes.

There also needs to be a conscious effort and set goals to give more women opportunities in higher positions – such as making sure 40% of senior management should be women by 2021.

These are goals that should be communicated to all staff and measured.

What would you tell other girls who might want to enter banking and finance one day?

Kristen: There is nothing in banking that men can do better than women. It takes brains, analytical, and transactional skills, which are developed over the years. Networking is also a key to success in banking, which means you need to establish yourself as a person who can “close” a deal and build good contacts. Gwen: Yes and no. Most of the difficulty I’ve experienced in game development isn’t related to my gender. It’s mostly the lack of access to resources and networks available to more mature game industries such as Japan, the United States, and the United Kingdom.

Due to lack of infrastructure, and because we are a developing country, there are limited opportunities to get properly-paying work without overtimes or “OTy” ([free] overtimes, thank you!). Luckily, there’s not much pay gap between genders here for the games industry, mostly because there’s also a limited pool of people who can do the job well – or at least show their willingness to learn.

What do you think should be done to make more space for women in game development?

Gwen: People of privilege should stop and listen intently. Realize the resources and opportunities available to them, and stop referring to women as minorities. To me, insisting on the label means making it the status quo and is a problem I see in the global industry. Women shouldn’t be the token women hire, or hired to make company statistics look better. Women, and all genders, should be valued equally based on their input and their attitude towards making not just the studio, but the industry, a better place.

What would you tell other girls who might want to enter game development one day?

Gwen: Programming used to be a woman’s job. But honestly, it can be anyone’s as long as they’re willing to learn and put in the time. Also, game development isn’t just programming, there’s game design, production, marketing, audio, art. There’s also our adjacent industry esports!

The industry is welcoming, and a lot of the people I look up to are women. Don’t be afraid to speak up and stand for what you believe in. Games let you build worlds, and make your realities come to life. By working smart, your taste level and your skills will match. It just needs patience, kindness to yourself, and the ability to look into the trees (attention to detail) and the forest (the big picture).

Girls should claim their power to create. Actually, everyone should! Most professional game developers still use Google or ask questions from their peers. So don’t be afraid, just do! And if you want to make games, I’m super excited for the day I get to play it! Lei Motilla is the co-founder of AI4GOV, a company that aims to guide local governments in using artificial intelligence to improve their delivery of services. They also want to empower LGUs to champion more digital methods.

Since I was raised in the field of community development and found myself in the tech world, it was a challenge to learn quickly and develop new skills to navigate the field. However, I believe that my strength is grit in bridging between inclusive technology, data science, and community organizing.

Technology and data science sound cool, but without grounding it – building co-ownership and co-creating with grassroots communities and local governments – it may amplify class divides instead of reducing inequality.

This lens is what I bring with AI4GOV co-founders who are brilliant in each of their fields.

What should be done to make more space for women in data science and the tech startup scene?

There should be an intentional choice to give young female leads an opportunity.

The playing field is not level to begin with, and more organizations need to acknowledge inequality in assets available, as well as invisible barriers for females in the startup world. Providing opportunities allow us traction, confidence, learning.

If we “grit it” enough, we may start encouraging other young female leads to have more courage too. And then, we actually see the tech ecosystem have better gender distribution.

What would you tell other girls who might want to enter the tech startup space one day?

Have the courage to enter and navigate the field. Having 21st-century skills such as creativity, critical thinking, excellent communication skills, leadership, and social responsibility are the foundation to keep oneself grounded.

This story is Part 1 of our feature on women in male-dominated industries. In Part 2, we go into media, sports, and gaming.