Healthy-ish meals without a stove: a quarantine food diary 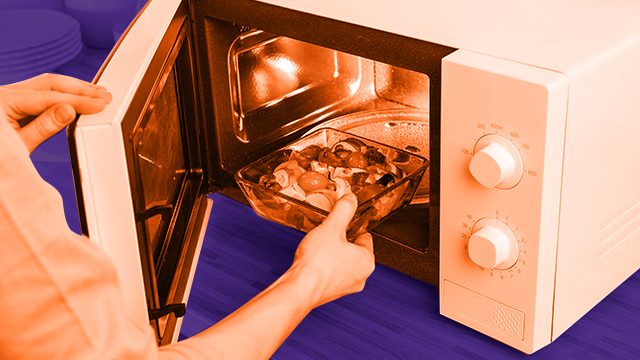 MANILA, Philippines – It’s been almost a year since I moved in to my current apartment and since then I never spent much time in the kitchen. It only has the very basics: a microwave, a blender, an electric kettle, and a rice cooker. I didn’t need anything more – after all, my favorite restaurant was just across the bridge, and our office was located at a mall with endless dining options, so I always just ate out. When I missed home-cooked food, all I had to do was head to my parents’, where I would also sometimes meal prep for the week if I felt like cooking.

All these options disappeared when the lockdown limited our movements within the metro and saw establishments closing down. For the first time in almost a year, I had to figure out how to feed myself with the limited equipment that I had. At first I subsisted mostly on my daily smoothies and sardines – which I ate with kimchi or fresh tomato salsa to convince myself that I was eating somewhat healthy. When I got really lazy, I just broke open a packet of cup soup, poured hot water on it, and called it a day.

There’s no shame in doing that to get by in this pandemic. Sometimes unprecedented times call for uncomplicated meals. Eventually though, I found myself craving for more colorful, more nutritious food – and was pleased to discover (though I don’t know why it took me this long), that I can make it, even with my limited kitchen. Here are just some of the things I’ve whipped up, sans stove: After working out, I usually break my fast with a smoothie that’s filled with enough nutrients that I don’t feel so bad if I don’t eat as well the rest of the day. To make this, I just throw a cup of spinach, a banana, 1/3 cup of rolled oats, a tablespoon of peanut butter, and a scoop of protein powder in the blender, along with half a cup of milk, and half a cup of water. I top it off with a tablespoon of chia seeds to make it even more nutritious and add texture, but it’s just as good without.

Don’t have a blender? Try overnight oats! Basically, all you’ll need to do is soak raw oats in milk (follow a 1:1 ratio) overnight, and top it off the next morning with your choice of fruit. When I have overnight oats, I add a sliced banana, some peanut butter, chia seeds and a sprinkle of cinnamon. 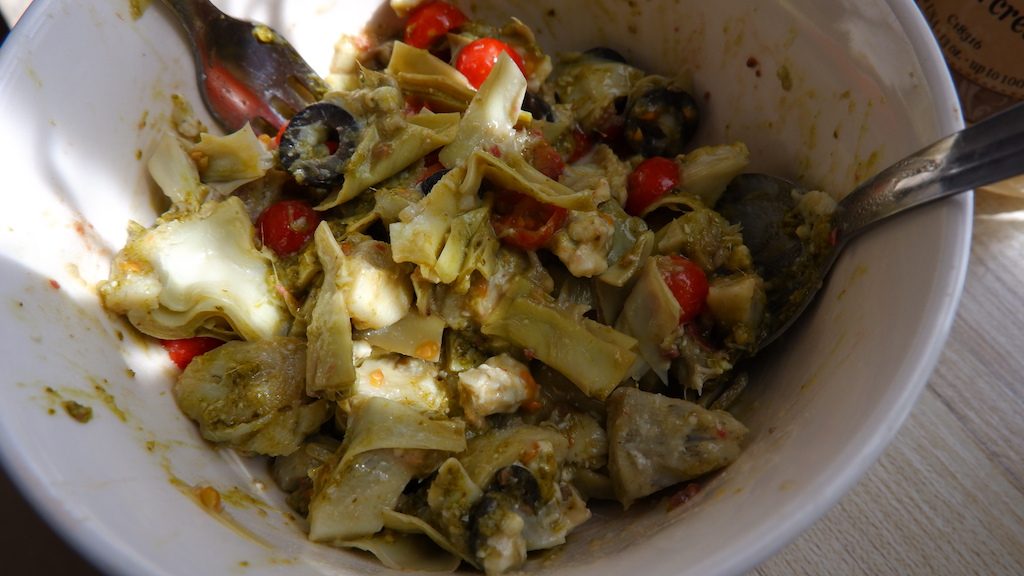 Salads are the ultimate healthy no-cook meal, and the best part is there are a million ways to make one. On a regular day, I would mix lettuce with tomatoes, tuna, and olives, and top it off with either pesto or sesame dressing – but fresh greens go bad very quickly, so I don’t always have them available. When I’m feeling particularly indulgent, I go for a salad with marinated artichoke hearts, white cheese, blue cheese, olives, and anchovies. 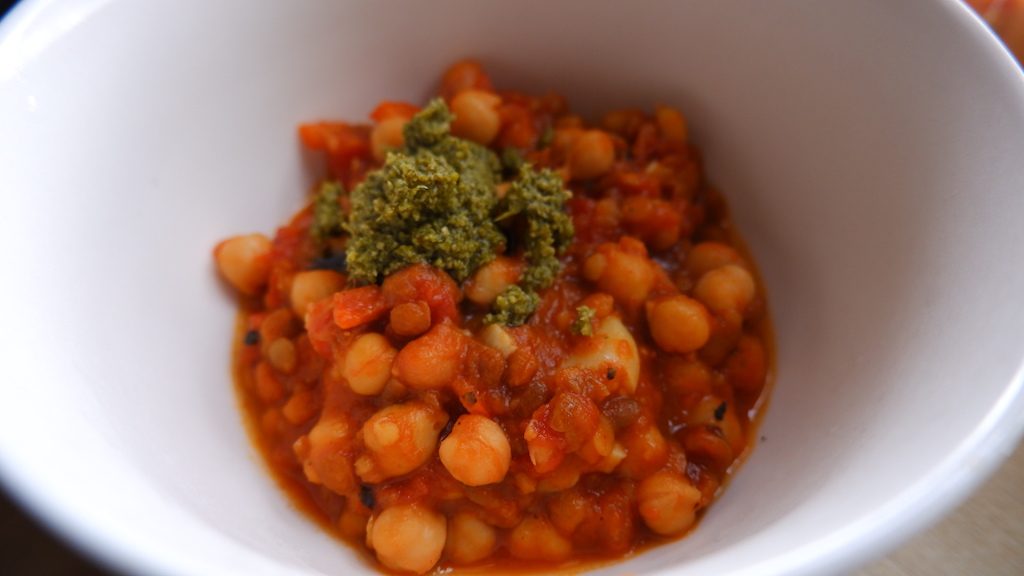 For something more hearty, you could make a stew using a rice cooker. Apparently, you can make a lot of things with a rice cooker aside from just rice (which a lot of people knew beforehand, I was just late to the party). The first rice cooker recipe I tried was something I made up – a chickpea and lentil tomato stew.

To make this stew, I pre-heated my rice cooker by placing it on the “cook” setting (a very important step!), warmed up some olive oil, sauteed garlic and bell pepper in olive oil, and then added my canned chickpeas and lentils with some of the water, put in a can of diced tomatoes, added a bunch of spices and let it stew, stirring often.

The stew, made in an 8-cup rice cooker, lasted me about a week.

Being stuck at home all day can feel especially boring when you’re not snacking – and while I’ve indulged in my fair share of cookies and chocolate (thanks to brands like Overdoughs and Tigre Y Oliva that still deliver!), I generally look for healthier alternatives to munch on throughout the day. These no-bake protein balls in particular are pretty simple, satisfy sugar cravings, and give you a little energy boost and a bit more protein, if that’s what you’re after. Also you can make it one bowl in a matter of minutes. To make, just mix 1 cup rolled oats, 1/2 cup peanut butter, and 1 scoop of protein powder into a bowl, and add some milk to make the mixture stickier. When its texture is sticky enough (you may need to add more milk or peanut butter, or honey if you have any), roll them up into balls, and enjoy! You can also add chia seeds for more ~nutrition~.

Cooking a dish with the rice cooker gets pretty simple once you’ve done it. The technique is basic – warm the pot, saute your aromatics, add the rest of your ingredients, throw in the liquid, and let it simmer. The key thing is to remember to keep an eye on your dish and stir often, so that the bottom doesn’t burn. I followed that same procedure when I made my vegetable curry, whcih I decided to do after buying a bunch of veg from the mobile palengke outside my apartment. This curry includes cauliflower, carrots, eggplant, bell pepper, and garlic, simmered in a mixture of coconut milk, water, and curry powder. I’ve been eating this a while now and still have a pretty hefty pot left, which I don’t mind because it’s really hearty and filling.

Apparently, you can whip up a nice meal even with the most basic kitchen tools. And there is something to be said about making food for yourself in lockdown – aside from the sustenance, of course. When you’re cooking, it’s almost as if you’re telling yourself that while so many things are out of your control these days, the meal stewing in the pot in front of you, or that smoothie in the blender, or that salad you’re about to eat is well within it. – Rappler.com

Use this Shopee Mart voucher to get your healthy ingredients delivered to you!