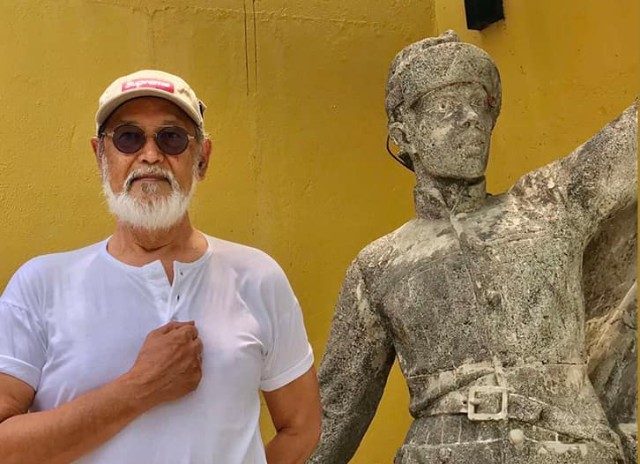 MANILA, Philippines – National Artist for Visual Arts Benedicto Cabrera, popularly known as BenCab, emphasized the importance of press freedom and freedom expression as he threw his support behind Philippine media, including the embattled TV network ABS-CBN.

On May 5, the network signed-off after the National Telecommunications Commission (NTC) issued a cease and desist order on May 5. The media giant’s franchise had expired because Congress failed to act on it, despite several pending bills that would have granted it a new franchise.

In a statement posted on his Facebook page Thursday, May 14, BenCab said that the quarantine has made the value of freedom – especially access to information – even more apparent.

“The pandemic-related quarantine teaches us a lot about the value of freedom. We need both press freedom and freedom of expression at these critical times. We need credible and critical information to better understand what’s happening and to navigate our way forward,” he said.

“To my fellow artists, I reiterate my message to LODI (Let’s Organize for Democracy and Integrity ) in Baguio in 2018: ‘In a free and democratic society, all artists should be unrestrained in the making of their art. We should be free to decide what we will create and how we will create it. Those who feel threatened by the power of art should not be allowed to repress human creativity. We have the right to create work that pushes boundaries and promotes discussion of controversial topics. We need the freedom to offend without fear.'”

BenCab added: “Only in an atmosphere of freedom can the artist and the journalist give their best. Freedom enables the nation to confront the poverty, treason and rising tyranny that make the pandemic much worse than it already is.”

BenCab’s work includes the painting Sabel, which was made into a play in 2015.

On May 13, House Speaker Allan Peter Cayetano and the House of Representatives granted a bill that would give ABS-CBN a provisional or temporary franchise, which would allow to them to operate until October 2020. – Rappler.com