Mar 24, 2012 8:39 AM PHT
Robert Uy
Facebook Twitter Copy URL
Copied
These are the sights, sounds, and flavors of summer. 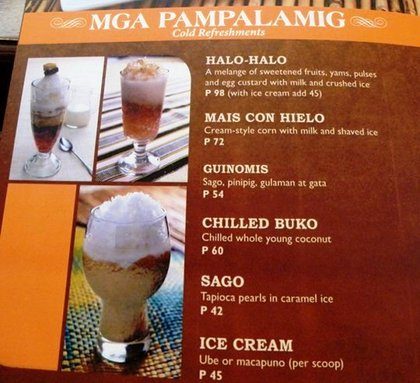 “There is a time for everything, and a season for every activity under heaven.” So it is written in the Book of Ecclesiastes. We are marked by seasons throughout our lives. Tree rings tell scientists how old a tree is. They reveal what the tree was experiencing at a moment in time.

We humans have our own tree rings. We have photos, we have letters and e-mail. We have parchments for birth, death, marriage, we have diplomas, and certificates that mark time and occasion. We also have less visible etchings that lie deep within. Each one a significant human experience. Pain, joy, sadness, love, warmth…each one a tree ring that builds upon the previous experience and memory.

Anthony Hopkins’ William Parrish delivered a great speech near the end of the movie, Meet Joe Black. Speaking at his 65th birthday party, he says “What a glorious night. Every face I see is a memory.”

It is a changing of the seasons in the Philippines. The class of 2012 is stepping into a brave new world. I don’t just mean college or post grad students. I include the rite of passage from elementary to high school and high school to college – a significant human experience not just for the student but for the whole family.

Lent is a significant season that occasions introspection, changes in lifestyle and diet, as well as resolutions to be kept – hopefully beyond Easter.

There are beach bodies that one attempts to sculpt and a rise in attempted work outs. There are summer basketball leagues, cycling tourneys and various sports that await the blazing sun. The guryon re-appears together with simpler kites and paper planes. The fiestas surface from hibernation – a spectacle of color, tradition and feasting. There are games, there are processions, there are buntings and there is food.

Food anthropologists will note a recurring pattern in the Filipino diet during these months. Ice cream sales rise, sorbetes intake increases, mangoes appear together with siniguelas, rambutan, and atis. Sago at gulaman takes center stage. The various kinds of pancit rise in the charts like a summer Top 40 hit.

There is ice candy around most corners. Way before shaved ice and designer flavored syrup appeared, there was the humble Julep flavoured water poured into a length-wise plastic bag that was frozen and sold for a few centavos.

There were the “frozen delights” cart roaming the neighborhood together with the sorbetes man and his mysterious “dirty ice cream” of my youth – both ringing their bells like pied pipers calling on all kids to gather for frozen goodness. There was the analogue taho man announcing his arrival with a burst of vocal talent. There were the equally analogue and vocally charged puto man, and the balut man – and there was the honking ensaymada man…all these pipers, announcing their wares and presence in distinct fashion. The summer symphony of our youth.

Summer being what it is, one is also usually offered a chance to cool down. A pampalamig is never too far away. There are never enough occasions to partake of these frozen goodies. And so it was with a silent chuckle that I marked my first encounter with genius of the frozen kind. They call them shooters. Not 1 but 3 right-sized versions of halo-halo, guinomis and mais con hielo. Rather than being served in a parfait glass, I receive 3 juice glass-sized portions of each dessert. Always marked by perspiration (the mark of a truly cold dessert served in a hot climate), the portions allow us to travel across the 3 without too much heavy lifting.

Halo-Halo is usually likened to the Filipino – a mix (halo) of various sweet, sometimes savoury ingredients from both East and West, topped with a dollop of ice cream but lying beneath the shaved ice lies an abundance of sweet preserved beans, coconut meat, jackfruit, pounded puffed rice, yam, flan, sweetened plantain, gulaman (gelatin) and smothered with milk. We have the Spanish (the leche flan), the Americans (ice cream and gelatin) and the Asian (shaved ice and various fruit). Guinomis is the 3rd of the kings. A mix (again) of sweet gelatin, tapioca pearls, puffed pinipig (pounded young glutinous rice), some raw sugar and pandan syrup, and topped with shaved ice and coconut milk.

Summer served in 3 cold glasses. A rainbow of ingredients all lying beneath a frozen layer of cold goodness that satisfies a need…the need to cool down. They also satisfy a deeper need. A need to connect with the summer symphony of youth, to a time of simple joys and simple dreams…to knocking down cans with one’s flip flops while the summer sun grabs your being.

These are the sights, sounds and flavors of summer…a season that my tree ring will mark with a few pounds of shaved ice and a smile that a Filipino would understand. A season that future anthropologists that read my tree rings will say, “This was a happy time.” – Rappler.com

Tell Robert of your food memories and adventures via foodpornwriter@gmail.com.