Jun 7, 2013 8:07 AM PHT
Sam Oh
Facebook Twitter Copy URL
Copied
To celebrate Independence Day, we start the month with an adobo recipe — with a twist MANILA, Philippines – I have a confession to make.

After 20 odd years in the country and having practically adopted the country as my own, there is not one Filipino dish that I can cook with confidence. It’s all kinds of wrong!

Since June is the month of Philippine Independence, I thought I’d remedy this sad state of kitchen affairs and celebrate at the same time by asking my chef friends for their Pinoy recipes and making them at home. I hope you’re ready because it’s gonna be a month-long celebration on #SamLikesItHot with Filipino favorites!

Our first chef contributor is Chef Sau del Rosario. Talented, successful and good-looking, he is all that and a bag of chips. While working with him on the set of “Sarap To Heart,” I also learned that he’s a sweetheart!

Chef Sau always showed up with some special treat for the crew and he would set aside a small serving of whatever he was cooking on-cam so I could get a taste. Little things like this made long taping days bearable and that’s my favorite thing about him.

Chef Sau is sharing with us his recipe for the quintessential Pinoy classic, the unofficial national dish of the Philippines – adobo. His version reflects his Kapampangan roots with the use of pineapple juice and very little soy sauce.

His recipe serves 4 and you’ll need: 2. When done marinating, pat the pork cubes dry and set the marinade aside. The pork cubes are patted dry in preparation for searing – the process of quickly browning meat in a hot pan.

It has been long believed that searing seals in the meat’s juices but apparently this is not true. What you do get is additional flavor from the caramelization of the meat. Searing also helps your meat hold its shape better.

To do this properly, you must remove as much of the marinade as possible because liquid in the hot pan will steam your meat instead of searing it. When the pork cubes are ready, take a medium pot to high heat, drizzle in some olive oil and sear away.

There will be hot oil shooting about so be careful and set aside when done. 3. Turn down the heat to medium. Add in chopped onion and garlic (I rescued the crushed garlic cloves that were drowning in the marinade) into the same pan and cook until the onion turns translucent.

Add in seared pork cubes, marinade, peppercorns and bay leaves. Simmer until the pork cubes are tender, about 1 – 1 ½ hours. Adjust seasoning to taste when done. I almost couldn’t believe it while this was simmering away – the fragrance of delicious adobo was wafting through the entire apartment and it was coming from my kitchen! Here’s proof: Chef Sau says that you can also garnish with fried quartered potatoes, atchara and even foie gras if you’re feeling luxurious.

I find this version of adobo just delightful. It has all the classic base flavors but with the fragrance and mild sweetness of pineapple, a wonderful pairing with pork. This version also has a lot of sauce and it begs for extra garlic rice.

Thank you, Chef Sau, for making my foray into Filipino cooking so sumptuous! Adobo will now be a staple in this Korean household as well. – Rappler.com

Chef Sau del Rosario (@chefsau on Instagram) is the owner and chef of the Kapampangan fusion restaurant Villa Café. He is also the executive chef at F1 Hotel Manila. He is celebrating 20 years as a chef with a coffee table book aptly entitled “Twenty” which will be available in Enderun starting July 30.

Check out our other recipes: 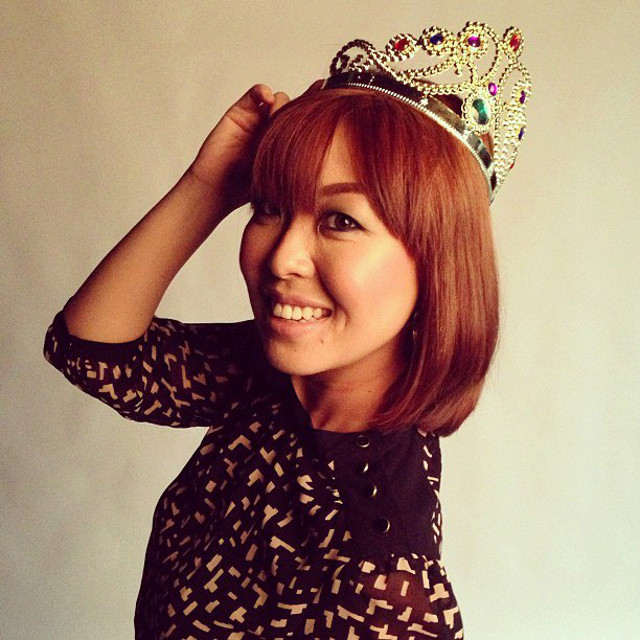 Sam Oh is a professional TV and events host, radio jock, and foodie wannabe. Catch her on radio at 99.5 PlayFM, Monday to Friday, 6am-10am in “The Playground” with Tim Yap and Nikko. She is also a food blogger at Sam Likes It Hot. If you have questions or recipe requests, email desk@rappler.com with subject heading SAM LIKES IT HOT.