The waves of Zambales ZAMBALES, Philippines – Surfing in Zambales started in 2001, pioneered by my brother, Emmanuel “Dodo” Ramos of Crystal Beach in San Narciso, Zambales, where it all began.

One morning he saw kids playing “paladisdis” or bodyboarding on thin plywood, and a thought dawned on him: maybe we can surf on these type of waves.

He was no expert so he decided to go to Siargao, La Union, Baler, and Daet, and brought along with him some local kids. He even told me one story that as a beginner he competed in Siargao just for the heck of it. He didn’t realize how serious the competition was until then. And of course he lost! In every spot he went to he brought his tent and pitched it beside the house of a local, caught fish, cooked his own food and surfed all day.

In each province, he immersed himself and the Zambales kids in the surf culture, and made good friends with most of the locals. The first time I went to these spots and told the locals that I’m from Zambales, the locals would ask me if I knew Kuya Dodo. And each time I replied that he’s my brother, they would tell me in Filipino: “He’s your brother? He’s a good guy!” To this day I still get the same reaction whenever I would visit surfing areas where my brother has been to.

Back in Zambales, Kuya Dodo always shared the surfing stoke with the locals, especially the kids. We lacked surfboards then so he emailed Surf Australia and asked for surfboard donations. They donated about 10 second-hand surfboards which the local kids used every day. 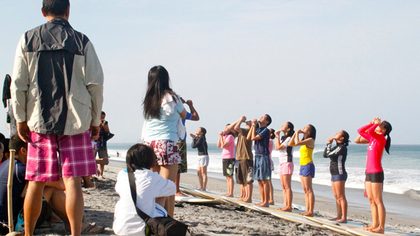 Kuya Dodo then set his sights on the small fishing town of Pundakit in the town of San Antonio, which is now host to 3 famous surfing spots: “Magic Left,” Camara Island and Anawangin Cove. He also met up with residents of Iba, Zambales, and among them was a surfer who was once a team rider in Hawaii.

Along with JJ Montelibano of Olongapo and Tin Magsaysay of Castillejos, Kuya Dodo formed the Zambales Surfing Association. With the help of the Manila Surfers Association, they organized the first ZAMPALOOZA, which placed Zambales in the Philippine surfing culture.

As the sport is steadily growing and evolving, Zambales is becoming the boardsport capital of the Philippines (skate, skim, surf, bodyboard). This has led to the creation of the Zambales Boardriding Association. 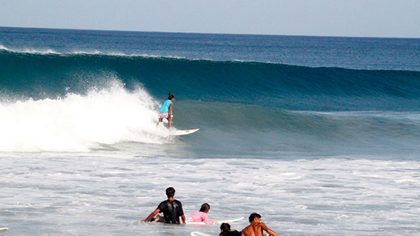 We now have 6 explored surf spots in Zambales (San Antonio, San Narciso, San Felipe, Botolan, Iba and Palauig). And since Zambales is promoting the “drown-free Zambales” campaign, our surf instructors in Crystal Beach Resort are all trained in lifesaving.

Check us out and make your summer different from years past! – Rappler.com