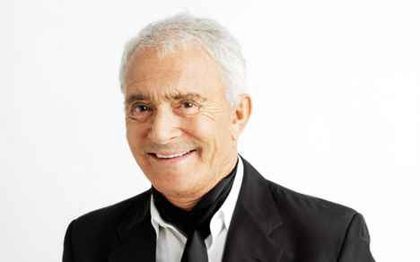 LOS ANGELES, United States of America – Pioneering British celebrity hairdresser Vidal Sassoon died Wednesday, May 9, at his California home, the Los Angeles Police Department said. He was 84. Officers were called to his home on Mulholland Drive in Bel Air.

He appeared to have died of natural causes, said LAPD spokesman Kevin Maiberger. Family members were present at the time, police said. Referred to by some as the “founder of hairdressing,” Sassoon is said to have pioneered the bob haircut and, after opening his first salon in London, launched a network of outlets around the world.

Sassoon, who grew up in England, had reportedly been fighting leukemia, according to the LA Times, although no further details were immediately available on the cause of death.

The flamboyant hairstylist, who launched a successful hair-care product range with the slogan “If you don’t look good, we don’t look good,” had lived in the United States since the 1980s.

He was famed for so-called “wash and wear” cuts, easy to maintain, as opposed to the rigid hairstyles of earlier eras. “When I first came into hair, women were coming in and you’d place a hat on their hair and you’d dress their hair around it,” he told the LA Times in a 1999 interview.

“We learned to put discipline in the haircuts by using actual geometry, actual architectural shapes and bone structure. The cut had to be perfect and layered beautifully, so that when a woman shook it, it just fell back in.”

Born to Jewish parents in London, Sassoon spent seven years in a Jewish orphanage after his father, Jack Sassoon, abandoned his family for another woman, according to the IMDb movie industry database.

He later founded the Vidal Sassoon International Study for Anti-Semitism. Sassoon opened his first salon in 1954 in London, and his career took off in the swinging 60s, when his clients included Mia Farrow for “Rosemary’s Baby” in 1968 and Glenda Jackson for her Oscar-winning role in 1969’s “Women in Love.”

A 2010 documentary “Vidal Sassoon: The Movie” explored his life from London’s impoverished East End via an orphanage to his fame and fortune as hairdresser to the stars. Sassoon, who married four times, was awarded the Commander of the Order of the British Empire (CBE) in the 2009 Queen’s Birthday Honors List for his services to British hairdressing and charity.

He was a life-long fan of Chelsea Football Club. Sassoon is survived by his fourth wife Rhonda and three children from a previous marriage. – Agence France-Presse