What does it take to win Mr World-PH? 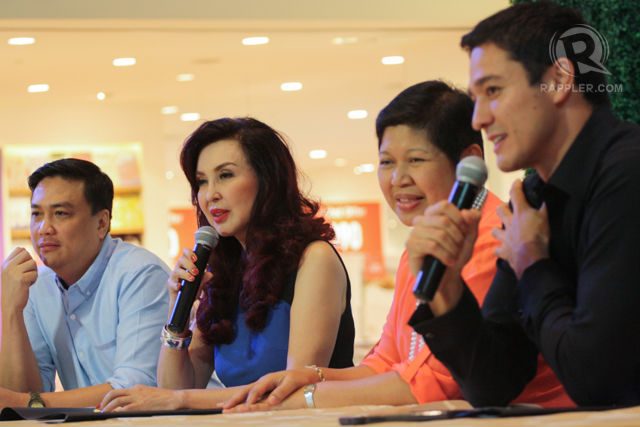 As the search for the “world’s most desirable man” draws near, Cory Quirino, the owner of the Miss World and Mr World franchise in the Philippines and her team are on the lookout for this year’s country representative to Mr World 2014.

In a press conference Tuesday, April 8, at the Glorietta 5 Activity Center, Quirino announced a partnership with Ayala Malls as well as details for the pageant. “We are looking into doing something with Ayala Malls prior to the main event,” Quirino said. “Maybe a marathon or something that will contribute to their athletic training.

Mr World is not your ordinary beauty pageant for males. Quirino and Mr World-Philippines Andrew Wolff both agree that it’s so much more. “I wouldn’t call it a beauty pageant,” Wolff says. “I’d call it a competition.”

Wolff says this is due to the competition having several pre-events that require candidates to be fit, tech-savvy, and even fashionable. “We had fitness tests, running tests – it was very physical. We even had to do a presentation where we had to be creative (in making the presentation) and clear,” Wolff said. “ They are looking for a well rounded guy that is athletic, sincere – a kind and generous person. You have to be good at everything to win Mr World.”

Quirino says this year, they will be putting the Mr World-Philippines candidates through combat training with the Philippine Army to help them prepare for the athletics part of the international competition.

She says she is hopeful that will snag the crown this year. “Our representative, the charming and debonair Andrew Wolff won 1st runner up in 2012. So there is no reason why we cannot snatch the title. In 2011, Gwen Ruais placed in Miss World. Thank you for starting our winning streak.”

(READ: Megan Young on her Miss World travels and own PH stamps)

With Young’s big win last year, Qurino has high hopes for future Filipino candidates and even hopes to hosting Miss World here in the Philippines either this year or 2016 as Indonesia already won the hosting bid for 2015.

For Mr World Philippines, Quirino says they are looking at having 15-20 candidates to participate in the competition. After the awarding ceremony, the Philippine candidate will only have a few days to train before flying to Torbay, United Kingdom for Mr World 2014 where the candidate will go through Five Challenge events – talent, sports, multi-media, fashion  and style and the extreme challenge.

Mr World-Philippines’ final event will be on May 21 at the New Glorietta Palm Drive. – Rappler.com