MANILA, Philippines – She married at a very young age, 21 years old to be exact. After she graduated from college, she gave up the opportunity to work so she can start a family.

Two years after, she had her first son. She had two other children after some time. She devoted herself to raising them in the best way she can. For the next two decades of her life, this will be her primary profession — to make sure that her children grow up to become good and responsible people.

She gave up a lot of other opportunities. She turned down chances of studying abroad. She quit her second degree in Midwifery just so she can take care of her children. She had a bright future but she was willing to sacrifice it for her family.

She was a good wife. She never disobeyed her husband in all their years. When her husband failed, she lifted him up. When they were in debt, she found a solution. She always found a way to make sure that her family survived.

A pillar of strength

The biggest challenge that she faced was when her husband left her for another woman. 16 years of marriage life came crumbling down at her feet. It’s as if life slapped her with so many problems and difficulties in one blow. She had to face the sad reality — her husband didn’t love her anymore. She was left with her 3 children. She had no profession, no work and no businesses. All she had was her faith and perseverance.

Faith — this perhaps, is her greatest asset.

She never failed to trust in the good that will come out of everything. Amidst the challenges in front of her, she saw the Light that comes only from God. Instead of giving up and quitting, she found the strength to be still and carry on.

She entered different jobs and opened many small businesses just to keep her children alive. During that time, two of them were still in high school and her youngest was only starting Grade 1. She worked hard just to send them to school.

Her own mother was of big help to her. She gave her emotional and financial support. Her mother proved that being a mom never ends as long as one is alive. Her mom was her example.

Despite the challenges she faced, she never forgot how to smile. She was the tower of strength and joy of her children. Although they didn’t have a father, she proved that they don’t need one.

She played both roles well.

Her perseverance made way for the success of her children. She was able to send two of them to good universities — one will be graduating in Ateneo this year and the other is on her 3rd year in FEU. Her youngest is already in 6th grade.

Even without her husband, she is able to provide for all the needs and some small luxuries to her children. At some point, it can be considered that their lives are better off as compared to when her husband was present. Now, they are able to travel to different places and do many things that they weren’t able to do before.

She is a better provider. She put her children’s life one notch higher due to her determination.

Though she was cast at the bottom of everything, she refused to stay there. She just couldn’t let her children suffer. She continues to fight to make their lives better.

She is Superwoman. Her superpower is her love for her children. Her dwelling is her family. She will never quit until she achieves her goal — to give her children a better life.

People call her Susie Lozada. I call her my mother.

She is the number one woman in my life. I owe everything I am to her. I am who I am because of her sacrifice.

I know a lot of other notable heroes. But none of them can be compared to my mother. She remains to be my symbol of strength and goodness. I feel closer to God because of her. 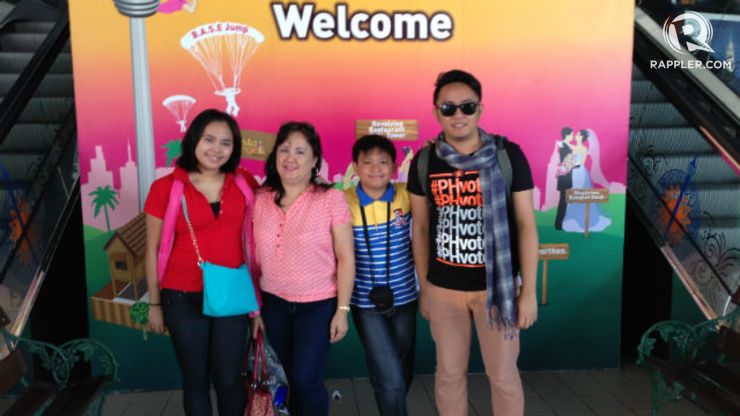 Hers is a life well-lived. She finds joy in her children’s joy. The struggles she faced made her a stronger woman and the best mother. I don’t think she’ll ever quit fighting life’s battles.

David Lozada is a multimedia reporter for Rappler’s MovePH. He was named Young Development Journalist of the Year in the 2013 Developing Asia Journalism Awards in Tokyo, Japan.