[Travel] The duty to travel

Jun 1, 2012 4:56 PM PHT
Arbie T. Baguios
Facebook Twitter Copy URL
Copied
A couchsurfer talks about traveling as a right and a duty to the country and society 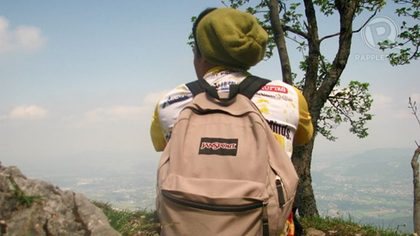 MANILA, Philippines – Today, we live in a society that is increasingly diverse and pluralistic.

This is manifest in:

a) physical reality (the realm of things), as in the emergence of the so-called “global cities,” defined as a socio-economic center of the world where people from various countries, culture, ethnicities, races and so on come to live together, giving birth to new urban sociological phenomena; and

b) ideological reality (the realm of thought), as in the emergence of different ways of thinking and living – may it be a new subculture, philosophy, religion, or others – that are equally valid and important in their own accord

We owe this fact mostly to technology, where we can go from one end of the world to the other in a matter of hours, or where information on almost everything and anything under the sun is now accessible by just a few clicks on the Internet. The world is now, as Thomas Friedman put it, flat.

And a flat world is such a wonderful world to live in.

The implications of this flat and heavily-networked world, as many intellectuals would show, is astounding. Steven Johnson, in his book “Where Good Ideas Come From,” discusses the importance of connectedness with other people in creating innovations. Although Johnson’s book pertains mainly on the impact of the Internet, it also harps on the good that comes about when people with diverse backgrounds and ways of thinking collide.

Surely, meeting different people and hearing their stories enable us to understand more the philosophical “Other,” our society and ourselves as well. It gives us a wider worldview.

It opens our minds. In an increasingly globalized world, a wide worldview and an open mind — especially among young people — make for progress and peace. However, in a largely homogenous country like the Philippines, where most people more or less come from the same background — race and ethnic differences aren’t too pronounced, and roughly 80% share the same religion — there is limited opportunity to physically interact with diverse people.

Thus, we should travel.

Many of the youth today can already afford to travel. Nowadays, it is not uncommon for a young person to want to “find herself” (ala Eat. Pray. Love.), and book a solo trip to India. Or for a pair of guy friends to go on a backpacking adventure across Europe.

Indeed, the capitalist market has found a niche in this phenomenon of young people in perpetual wanderlust, giving rise to youth hostels and budget tours. With the youth tourism market continually booming since the 60’s, where one out of four of the world’s travelers now belonging in ages 15-25, ours is truly the most well-traveled generation.

There is a quote that goes, “Travel is the only thing you can buy that makes you richer.”

And while it is true, I personally believe some forms of traveling are far more enriching than others. Last year, I went on a solo backpacking trip in Western Europe. This year, I just got back from another backpacking trip with a friend in Thailand. The feeling of the heavy backpack clinging on your shoulders, the thrill of not booking any accommodations until only a day before, the joy of eating cheap street food with the locals and the privilege of meeting some of the most interesting people out on the road — there’s just something about being a “traveler” that is sorely missing in being a “tourist.”

In Thailand, when a Brazilian backpacker from our hostel found out that my friend and I were Filipinos, he was surprised. “Not many people from your country do this kind of traveling,” he says, “But it’s good that things are changing.”

Sadly, the only young Filipinos who could afford to travel are rich ones, the bourgeois.

And, more often than not, when they go to other countries, it is only for two weeks tops, in a 5-star hotel, with their parents, visiting only the tourist attractions, eating only in fine dining restaurants, barely interacting with the locals or travelers from elsewhere.

That is not to say that what they are doing is not preferred.

But there’s only so much culture, knowledge and perspective-shaking life-changing awe-inspiring experiences one can get inside a hotel with all the comforts of their Ayala Alabang home than, say, couchsurfing. I suspect young Filipinos tend to be “tourists” rather than “travelers” because of our country’s economic and cultural condition that does not encourage independence.

The Filipino youth’s economic and cultural non-independence reinforce each other in a relentless cycle.

In a nutshell: our economy is weak, many people are unemployed, young people don’t have jobs, and so young people become financially dependent on their elders. Therefore our country ends up being stuck with young people who, by their late 20s, have not truly gone out into the world, still live with their families and possess a limited worldview.

However, this is not our fault – at least not entirely. After all, our choices are confined within the social and economic conditions of our society, which is outside our control.

And so, with this diagnosis of the situation of my fellow young Filipinos comes an appeal. In the Philippines, to be able to travel is usually a privilege won through the genetic lottery by being born into a family who could afford it. Thus, this privilege should best be used in the most enriching way possible.

So when the next opportunity to go out into the world presents itself, skip on that luxury cruise liner or a high class hotel and instead try hitchhiking or the Hospitality Club.

Do it alone or with a friend. It may not be as convenient without mommy and daddy around, but I guarantee it to be an experience that will change your life.

Traveling is a right, but more importantly, it is a duty.

We owe it to our society and ourselves to become more independent, to broaden our perspective of the world and to be concerned with important affairs outside our archipelago.

A well-traveled generation of young Filipinos means a more innovative, open-minded and understanding Philippines in the future.

Recently, I have seen on the Internet initiatives to make Filipinos a brand. And what better way to brand ourselves than to go out there, share our culture and showcase our legendary Filipino pride to the travelers we meet on the road. Saint Augustine once said, “The world is a book, and those who do not travel read only one page.”

Therefore, let us exercise our right and fulfill our duty to travel, not only to discover the other pages, but also to rewrite the tainted chapter of our beautiful country in the book of the world.

If we keep moving, so will our society. – Rappler.com